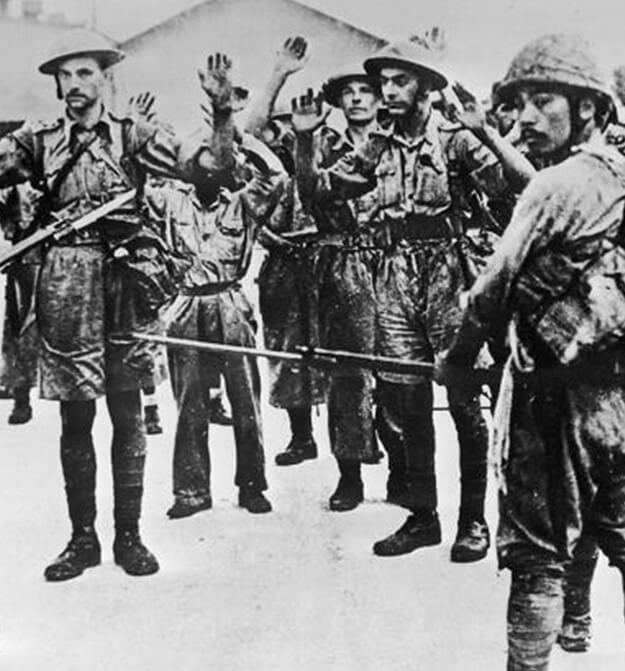 This is a permanent World War Two exhibition presented by the National Archives of Singapore at the historic Former Ford Factory. This was the place where the British forces surrendered unconditionally to the Imperial Japanese Army on 15 February 1942. The exhibition presents the events and memories surrounding the British surrender, the Japanese Occupation of Singapore, and the legacies of the war. Through oral history accounts, archival records and published materials, the exhibition highlights the diverse experiences of people in Singapore during this crucial time in our history.

This section tells the history of the Ford Factory and sets the scene in pre-war Singapore. Learn how the building evolved through the years, from its start as Ford Motor Company’s first motorcar assembly plant in Southeast Asia in 1941 to being gazetted as a national monument in 2006.

See the interactive table which features a model of the original Ford Factory on top of a 1950s aerial photograph. Visitors are able to view the factory in its former glory and learn more about the surrounding area.

ABOUT THE NATIONAL ARCHIVES OF SINGAPORE

NAS is the keeper of records of national or historical significance. The records acquired by NAS come from both public agencies and private sources. Records in various mediums and formats are safeguarded and preserved to serve as the corporate memory of the Government and the social memory of our people. This allows current and future generations of Singaporeans to understand our different cultures, explore our common heritage and appreciate who we are and how we became a nation.

NAS is an institution under the National Library Board (NLB).

ABOUT THIS HISTORIC SITE

The Ford Motor Company which was first established in Singapore at Anson Road in 1926, moved to its new state-of-the-art factory located at Upper Bukit Timah Road in October 1941. The Art Deco factory became Ford’s first motorcar assembly plant in Southeast Asia. The factory was later taken over by the Royal Air Force during the Malayan Campaign (8 December 1941 – 31 January 1942) where it was used to assemble fighter planes. However, the planes were hastily moved away from Singapore towards the end of January 1942, when it became clear that victory was unlikely.

Shortly after the fall of Singapore, the factory was designated as a ‘butai’ or Japanese facility and was taken over by Nissan to assemble military vehicles for the Japanese war efforts. The British army then occupied the factory at the end of the war in 1945 and it was only returned to the Ford Motor Company in 1947 where it resumed operations until 1980 when it was shut down. On 15 February 2006, the remaining portions of the factory were gazetted as a national monument.

The Former Ford Factory was restored by the National Archives of Singapore and currently houses a permanent World War II exhibition on the war and its legacies.