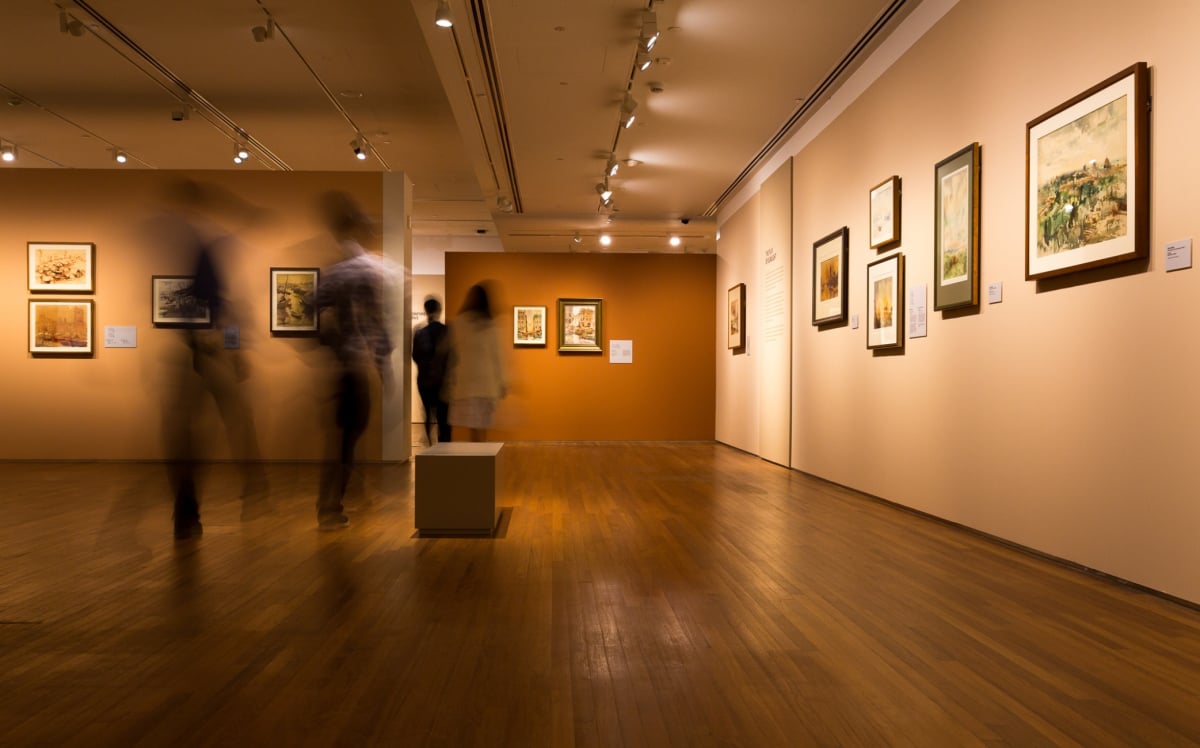 Born in 1912, Amoy (d.1979, Singapore), Lim Cheng Hoe moved to Singapore in 1919 at 7 years old. His father wanted him to have English-language education in Singapore, and he studied in Raffles Institution from 1928–32. In that period, he also received art instruction from artist Richard Walker, the first art inspector of schools from 1930–1932. Lim also attended informal art classes run by Walker from 1932–35. Lim aspired to be an artist and go to the Royal Academy in London to study art but was financially unable to pursue his dreams.

Employed as a clerk, he was in the civil service (PUB) till he retired in 1966. During this time, he got married and had his first child, Hock Ann, in 1945, and they stayed in Amoy Street after the war. In 1954, he became a member of the Singapore Art Society, and continued to meet other artists at the YMCA to do a live drawing. Lim usually painted by the Singapore River and other locations on Sundays. Other artists like Chia Wai Hon, Ong Kim Seng, and Choy Weng Yang joined these informal meetings where they became known informally as The Sunday Group. He also co-founded the Singapore Watercolour Society in 1969. Starting out as an informal gathering of Singapore’s watercolourists. The society was founded by 13 artists including Chen Chong Swee (1910–1985) and Gog Sing Hooi (1933–1994).

THE ART AND SOUL OF SOUTHEAST ASIA

National Gallery Singapore is a progressive visual arts institution which oversees the largest public collection of modern art in Singapore and Southeast Asia. Situated at the birthplace of modern Singapore, in the heart of the Civic District, the Gallery is housed in two national monuments – City Hall and former Supreme Court – that have been beautifully restored and transformed into this exciting 64,000 square meters venue. Reflecting Singapore’s unique heritage and geographical location, the Gallery creates dialogues between the art of Singapore, Southeast Asia, and the world to foster and inspire a creative and inclusive society. This is reflected in our collaborative research, education, long-term and special exhibitions, and innovative programming. The Gallery also works with international museums such as Centre Pompidou, Musée d’Orsay, and Tate Britain to jointly present Southeast Asian art in the global context, positioning Singapore as a key node in the global visual arts scene.

In 2018, the Gallery was the only museum in Southeast Asia that received a ranking in The Art Newspaper’s annual global survey of attendance at museums and took the 38th place. It is also the first museum in Asia to receive the Children in Museums Award by the European Museum Academy and Hands On! International Association of Children in Museums. It also won the awards for “Best Theme Attraction” at TTG Travel Awards 2017, “Best Attraction Experience”, “Breakthrough Contribution to Tourism” and “Best Customer Service (Attractions)” at the prestigious Singapore Tourism Awards in 2016 for its role in adding to the vibrancy of Singapore’s tourism landscape.

VISION
A progressive art museum that fosters and inspires a thoughtful, creative and inclusive society.

MISSION
We create dialogues between the art of Singapore, Southeast Asia, and the world through collaborative research, education, and exhibitions.

We provide a memorable experience through outstanding collections and innovative programming in a historical landmark.

Landmarks of Singapore’s colonial past and journey to independence, the buildings have borne witness to many pivotal events in the nation’s history.

Take a look at the timeline below to find out the key milestones in their history.

Plans were drawn up by the Architects’ Department to build the Municipal Building. The Municipal Building was completed and declared open on 23 July 1929. Plans for a new Supreme Court were approved and Frank Dorrington Ward’s design for the building was unveiled to the public. Governor of the Straits Settlements, Sir Thomas Shenton Whitelegge Thomas, laid the foundation stone of the Supreme Court building on 1 April 1937. Underneath it is a time capsule containing newspapers dated 31 March 1937 and currency from the Straits Settlements.

It is due to be retrieved in the year 3000. Opening of the former Supreme Court building by Sir Thomas Shenton Whitelegge Thomas. The Japanese occupied Singapore, renaming it as Syonan. The headquarters of the Syonan Tokubetsu Shi (Municipal Administration) was set up in the Municipal Building Singapore and Supreme Court was used as the Syonan Supreme Court.