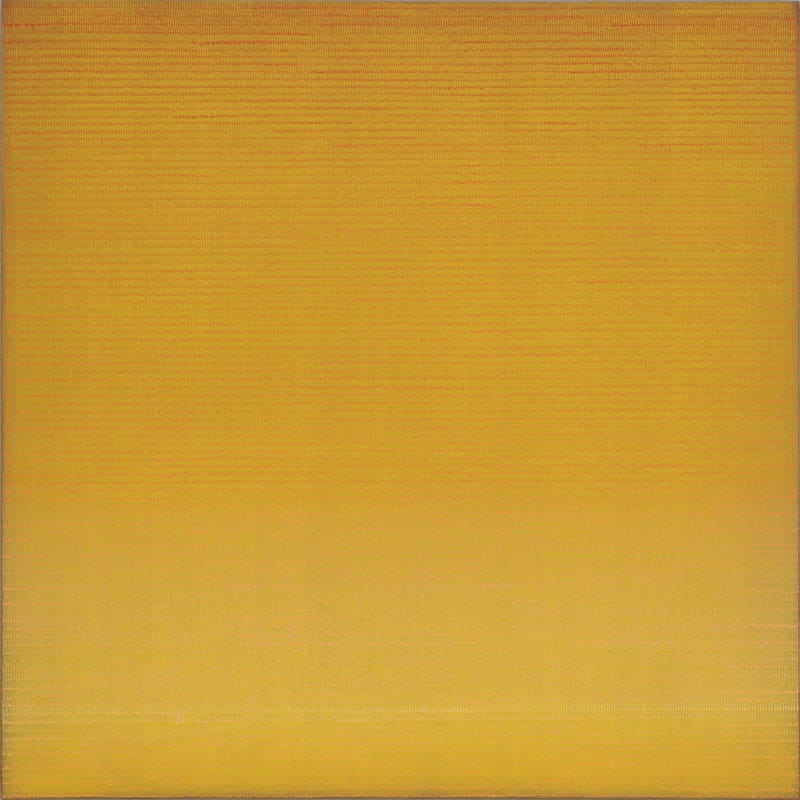 Singapore—Pearl Lam Galleries is pleased to present Lingering Manifestations, a group exhibition featuring works by artists from the Asia Pacific region: Boo Junfeng (b. 1983, Singapore), Zulkifli Lee (b. 1978, Malaysia), Ben Loong (b. 1988, Singapore), Gatot Pujiarto (b. 1970, Indonesia), John Young (b. 1956, Hong Kong), and Zhou Yangming (b. 1971, China). This curation of works explores themes of nature and landscape in an expanded field, collapsing histories and narratives to address various frameworks of representation. The artists reinterpret traditions from classical Chinese painting through European modernist abstraction, while seeking the subtle balance between Eastern and Western aesthetics. Still, others meditate on the passage of time and the cycles of nature, leaving traces of gradual transformation in the material processes of their works.

John Young’s investigation of Western late modernism has prompted significant phases of work from a bicultural viewpoint, including series of paintings in the last four decades that include the Silhouette Paintings, the Polychrome Paintings, the Double Ground Paintings, and the Abstract Paintings. The Veiled Paintings, exhibited here, reach back to the days of Western High Modernism and have strong emotional references to Mark Rothko and Morris Louis, with a hope for the conservation of human values in the phantasmagorical age of post-human digitalization. Similarly, Boo Junfeng demonstrates this critical distance through the timebased media of film, exploring the instability of individual memory and the impossibility of formulating a collective history. Mirror circles around the modernization of a postcolonial city-state through the dual realities of its central character. Merging and cleaving temporal realities, the film reflects on how present and future are inextricably tied to the past.

Zhou Yangming’s line paintings are in keeping with the following concept from the Dao De Ching: “The Way bears sensation, Sensation bears memory, Sensation and memory bear abstraction, and abstraction bears all the world.” Zhou creates series of paintings to illuminate his concept of space instead of presenting it in every individual work. From the consciousness of writing and the bottom of his heart, the artist ultimately creates a peaceful and quiet atmosphere in his works while emphasizing repetition, continuity, mental clarity through simplicity, and self-cultivation through the concept of a spiritual infinity. Gatot Pujiarto utilizes a distinctive collage and weathering technique on fabric, which is either applied on canvas or installed in the form of tapestry. The bare threads and weave of cloth are revealed for his viewers’ scrutiny. This feature of broken cloth serves as a metaphor for the distress of man’s action upon nature: negative, confused, and counterproductive to world harmony. Still, the bare tendrils accumulate to form the skeletal structure of the original cloth, reminding us through nostalgia of what it was originally.

When considering Ben Loong’s works, one might be inclined to appraise them based on the apparent materials: drywall plaster and resin. It is only when noticing the subtle gold leaf accents embedded in the industrial compounds that one discovers the implicit value; the whole is more than the sum of its parts. By challenging this normative perception of the materials with a raw visual harmony, Loong’s works become the embodiment of untouched potential. Likewise, Zulkifli Lee is invested in creating works that juxtapose the beauty of the relationship and paradox between humans and nature. His motifs usually involve systematic and rhythmic geometric patterns, but rather than striving for total control, he embraces the element of chance in the medium itself. Playing into the phenomenological aspect of the materials’ naturally occurring properties, Lee shares part of the image-making process with nature itself.

Boo Junfeng (b. 1983, Singapore) is a Singaporean filmmaker. Boo’s short film Parting was part of 7 Letters, a film anthology commissioned to commemorate Singapore’s 50th year of independence. Boo is the youngest artist included in this anthology, which was also the opening film of the refurbished Capitol Theatre. Previously, Boo participated in the 2013 Singapore Biennale with Happy and Free, and he won the President’s Young Talent Award in 2013 for his work Mirror. Boo’s first feature film Sandcastle (2010) was the first Singaporean film accepted into the International Critics’ Week at Cannes Film Festival. His second feature film, Apprentice (2016), was invited to premiere at the Cannes Film Festival as part of its Un Certain Regard official selection.

Zulkifli Lee (b. 1978, Raub, Pahang, Malaysia) currently works and is based in Kuala Lumpur, Malaysia. He completed his MA in Fine Art & Technology at Universiti Teknologi MARA in 2013 and received the Master Excellent Award. Prior to that, he graduated from the same university with a BA in fine art, majoring in sculpture. A versatile visual artist, he also works in graphic design, conceptual art, and illustration. Lee was Rimbun Dahan’s Yearlong Resident Artist for 2017.

Ben Loong (b. 1988, Singapore) works in the medium of painting and sculpture and explores networks that underlie human communication. Following a fascination with geography and the natural world, his current Terra Blanca series examines geographical and geological phenomena and considers it in a contemporary context. Working primarily with drywall plaster, these works engage with the industrial, inviting the viewer to question the value of our physical world. Loong currently lives and works in Singapore, with his works shown in various reputable and cutting edge galleries in Singapore and London.

Gatot Pujiarto (b. 1970, East Java, Indonesia) graduated from the Department of Fine Art and Design at IKIP Malang in 1995. Currently, the artist lives and works in Malang. Pujiarto’s works explore abnormalities, weirdness, and tragedy. Inspired by uncommon events or occurrences in everyday life, including stories heard from friends, TV shows, and the news, his works amuse and provoke audiences to reinterpret daily stories as a new reality, to enjoy them through evoking new emotions. The visual sensation in his works is combined with the unique textures that are created by pasting, patching, layering, tearing, binding, and by making fabric patterns.

John Young Zerunge (b. 1956, Hong Kong) moved to Australia in 1967. He read philosophy of science and aesthetics at the University of Sydney and then studied painting and sculpture at Sydney College of the Arts, specifically with the conceptual artist Imants Tillers and musical prodigy (the late) David Ahern. Since his first exhibition in 1979, Young has exhibited extensively with his works shown in major exhibitions, both nationally and internationally, at institutions including the Solomon R. Guggenheim Museum, New York, and museums and institutions in North America, Europe, North and South East Asia, and Australia. He was seminal in establishing the Asian Australian Artists’ Association (Gallery 4A) in 1995, now the 4A Centre of Contemporary Asian Art, a centre for the promotion of Asian philanthropy and the nurturing of Australasian artists and curators.

Zhou Yangming (b. 1971, Taizhou, China) has lived and worked in Beijing for over 20 years. Currently, he lives and works in Shanghai. The artist’s works revolve around lines and space; for over 10 years, Zhou has continued to paint short lines regularly and repeatedly every day. Every short line is a subtle intersection of fluctuant and serene emotion, a breath of cognizance of time passing. Fused with the spiritual essence of everyday life, painting is a transformative activity that documents Zhou’s meditations and practices. He has held various solo exhibitions as well as participated in group exhibitions in China, Europe, and the USA. Selected collections include the National Art Museum of China, Beijing, China; the Thomas Olbricht Collection, Berlin, Germany; and the Yuz Museum, Shanghai, China.