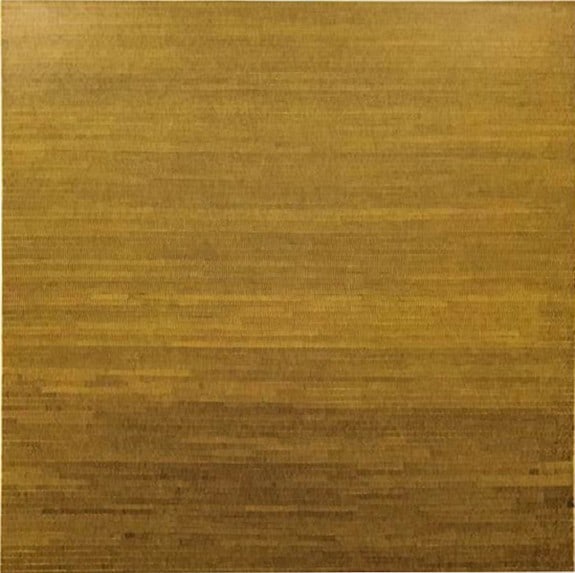 9/F, H Queen’s, 80 Queen’s Road Central, Central, Hong Kong
Hong Kong— Pearl Lam Galleries is delighted to present Continuum, a solo exhibition by Chinese abstract artist Zhou Yangming, to coincide with the week of Art Basel in Hong Kong. The exhibition features a selection of paintings created between 2007 to 2018. The highlight is a seven-meter-long ink on silk piece, which will hang from the ceiling and extend onto the floor. In addition, archival materials together with sketches will be on display to further contextualize the artist’s creative process.

Zhou does not consider individual paintings as representative of a set period of time; rather, all his paintings and their relationships with one another constitute a singular temporal universe. As the Dao De Jing states, “The way bears sensation, sensation bears memory, sensation and memory bear abstraction, and abstraction bears all the world.”

Zhou’s paintings illustrate a unique concept of space that is born out of a relationship between movement and transformation. They do not possess a logical narrative. There is no reconstructed circumstance or conversation. Lines within his paintings become conversational with the consciousness of writing. Zhou’s oeuvre focuses on repetition, continuity, and achieving mental clarity through self-cultivation to reach a spiritual infinity. By using markers, Chinese ink, and acrylic paint in a disciplined manner, the artist negotiates the formal structure of painting through an intricate system of vertical and horizontal lines as well as dots.

Painting these lines and dots has become a part of the artist’s everyday life. He paints them meticulously in order to express his own fluctuating and serene emotions. Zhou creates different color fields and leaves tiny spaces in between shapes to create an illusion. He then applies a second layer by painting line upon line and dots upon dot in dialogue with the background color, enticing viewers to study the painting more closely. Zhou shifts his focus to the toe of the brush by emptying his mind, which he hopes will deeply resonate with audiences.

Born in 1971 in Taizhou, China, Zhou Yangming has always preferred to live a secluded life. He previously lived and worked in Beijing’s Yuan Ming Yuan village; Dong village; China’s largest art district, Song Zhuang artist village; and Shanghai. He currently lives in a suburb of Zhejiang province. Zhou studied at various art colleges, including the China Academy of Art, Academy of Arts and Design of Tsinghua University, and Xu Beihong’s studio at the Central Academy of Fine Arts in Beijing. Since he followed his own rules and exhibited great independence in thought and action, he was often criticized by his professors. Yet, Zhou firmly believes that art starts with the expression of sensation and ends with the depth of discipline and self-cultivation. Thus, to him, art is the process of achieving the concept of spiritual infinity.

Li Xianting, also known as the godfather of Chinese contemporary art, has included Zhou’s work in a group show called Prayer Beads and Brush Strokes. This coincided with the Buddhist practice “Five-Tone Dharma” that Zhou encountered in 2009, which involved drawing a one centimeter long line diagonally in a pre-set rectangular square while chanting “Namo Amitabha” and repeating the process five times with five lines drawn before drawing another five lines diagonally in the opposite direction and then repeating the drawing continuously.

Zhou abandoned the post-impressionist and abstract expressionist techniques that he adopted in his early practice and has since been using the method of painting short lines for nearly nine years. As Feng Zikai, a master Chinese painter, said, “The highest art is the practice of religion.” As an artist, Zhou utilizes his own creative techniques to approach Buddhism and interprets the general psychology of people in the context of contemporary China.

Minimalism is an art movement that emerged in the United States in the 1960s and has gradually become universally recognized. Zhou’s works seem to be minimalist, but, in reality, he “transforms extreme minimalism to something extremely complex” (quoted from Li Xianting). Over the past two decades, Zhou has been painting subtle short lines on canvases regularly and repeatedly every day. Painting lines have become a transformative activity that documents the artist’s time, daily life, intentions, references, and communications. Each line reflects his state of mind and the external environment.

The method of painting short lines reduces the industrialization of symbolism, solves the problem of decoding the path caused by the conflict between primitivism’s wisdom and modern artificial intelligence, and restores mankind’s initial immaculate thoughts and purity. The short line embodies the world through its simplicity, and the soul is awakened between the short lines.

The essence of Zhou’s artistic practice is to make art flow and be widespread, to translate all expressions into an artistic language, and to encourage each individual to abandon set artistic concepts and free one’s spiritual status. The traces left by the movement become art itself, which heals the scars of the soul and casts away obsession and numbness associated with trauma, in order to achieve a new dimension of spirituality.