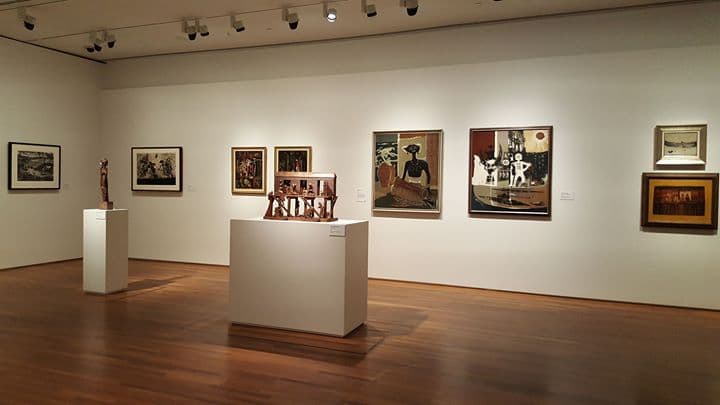 Learn about one of the most important phases in the development of Singapore’s modern art history––the 1950s to the 1970s. This period saw the emergence of distinctive movements like the Nanyang Style, visual imagery that drew from the lives and struggles of the common people, and the first sculpture shows in Singapore.

Admission stickers will be distributed from 2.15pm at The Ngee Ann Kongsi Auditorium on a first come, first served basis.

As space is limited, please arrive early to secure a seat.

JEFFREY SAY has been teaching at LASALLE College of the Arts since 1997, and has played a key role in developing its art history programmes. In 2009, he designed the first Masters programme that focuses on Asian modern and contemporary art histories. He is presently its programme leader. Jeffrey is a frequent public speaker on art. In addition to conducting art history courses for working professionals, he is also a regular commentator on the local visual arts scene.