Lehmann Maupin – Catherine Opie – So long as they are wild 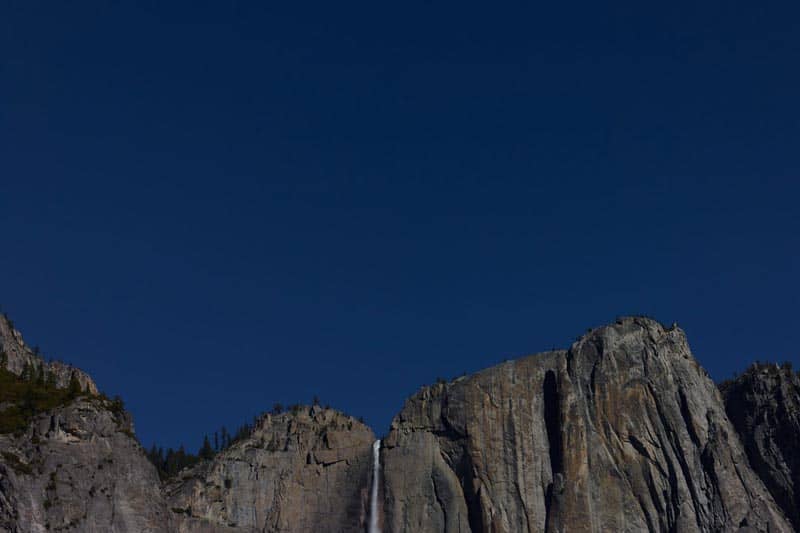 Lehmann Maupin is pleased to present So long as they are wild, a solo exhibition of recent work by Catherine Opie. For the Los Angeles-based artist’s first solo exhibition in Hong Kong, Opie will present a series of photographs shot in one of the United States’ most revered and naturally beautiful locations, Yosemite National Park in California. Opie is known for her ability to create photographs that unite contemporary themes and issues with a classical aesthetic that expands upon her exploration of the tradition of photography as well as the greater art historical canon. In addition to the photographs, Opie will include a series of ceramic sculptures. This recent undertaking of sculpture began as a personal pastime but has evolved into an alternative aesthetic pursuit. The gallery will host an opening reception with the artist on May 17, from 6 to 8 PM, at the Pedder Building.

Opie has spent a great deal of time visiting wildernesses across the United States, and chose specifically to focus on Yosemite for this series due to the strong history and connection to the iconic photographer Ansel Adams, who is regarded as an authority on depictions of wild spaces. Opie’s photographs push the boundaries of Adams’ well-known vistas through complex compositions that present the imagery practically beyond recognition, or allow for plainly naturalistic renderings. These depictions of Yosemite point to a new, more unpredictable relationship with nature that defines the 21st century, achieved by altering the focus, from blurred to hyperfocal distance, and the sight lines, cropping, and angling used on the land. Opie’s decision to create photographs within the classical genre of landscape, a field historically dominated by a certain rugged male persona, allows her to destabilize conventional narratives surrounding the American wilderness, revealing it to be as susceptible to the ravages of time and intervention as our own bodies.

Shown in conjunction with the Yosemite photographs will be Opie’s new ceramic sculptures of tree stumps. These are significant to the exhibition not only as the first sculptures the artist has created, but also as a tactical representation of the nature in her photographs. Sculpted from clay extracted from the earth, each work is formed by directly imprinting the soft clay on tree bark. They are then glazed and fired in a kiln. Opie likens the process and result of firing the works to the role fire plays in nature as both a destructive and regenerative force. When grouped together and surrounded by the Yosemite photographs, the diminutive and misshapen sculptures seem to represent the aftermath of some catastrophic event, or perhaps natural evolution stunted by industrialization and an epidemic loss of wilderness across the planet.

Opie’s combination of these photographs and sculptures in So long as they are wild expands on her deep exploration of the American landscape in relation to the human body. These works uniquely visualize the physicality shared between human bodies and landscape, and expose the transformation of both as a consequence of our destructive relationship with the environment. The serene beauty evident in the exhibition also hints at our mutual fragility, one that Opie presents as shared by all life on Earth.

Opie has received numerous awards and fellowships, including the Citibank Private Bank Emerging Artist Award, Washington University Freund Fellowship, CalArts Herb Alpert Award in the Arts, Larry Aldrich Award, San Francisco Art Institute President’s Award for Excellence, and United States Artist Fellowship. She has been a professor of fine art at UCLA since 2001 and serves on the board of directors of The Andy Warhol Foundation for the Visual Arts and the board of trustees of MOCA, Los Angeles.

Founded in 1996 by partners Rachel Lehmann and David Maupin, Lehmann Maupin has fostered the careers of a diverse group of internationally renowned artists, both emerging and established, working in multiple disciplines and across varied media. With locations in New York, Hong Kong, and Seoul, the gallery represents artists from the United States, Europe, Asia, South America, Africa, and the Middle East. Known for championing artists who create groundbreaking and challenging forms of visual expression, Lehmann Maupin presents work highlighting personal investigations and individual narratives through conceptual approaches that often address such issues as gender, class, religion, history, politics, and globalism.