Karin Weber Gallery – What Has Been, Will Be Lost Until We Find It 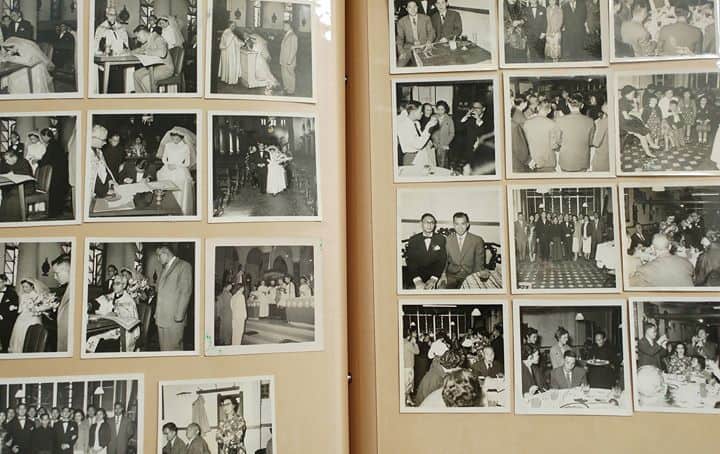 Karin Weber Gallery is pleased to present ‘What Has Been, Will Be Lost Until We Find It’, an exhibition curated by the gallery with commissioned works by new and current roster artists.

Our parents are closest to us, yet, when it comes to the bond between them, we often do not know what we think we know. The six Hong Kong artists in this exhibition explore aspects of their parents’ relationships, by imagining or reconstructing a range of personal encounters. ‘What Has Been, Will Be Lost Until We Find It’ offers a collection of insights into something highly intimate, which is often neglected – the shared stories, anecdotes, songs and family traditions that make the connection of two individuals completely unique.

Ceramic and paper works by Annie Wan Lai-Kuen investigate the unfamiliar emotions enshrouded in everyday, commonplace routines. Wai Kit Lam‘s photo and video series A Daughter’s Love Letters To Her Parents consists of letters written by an imaginative daughter, which transform into an introspection of our own selves, expectations, doubt, belief and worries about love. Ivy Ma draws inspiration from the work of the late French film maker Jean Painlevé (1902-1989) to shed light on the obscurity of the father figure and the mystery of affection. Bosco Law experiences painting as an ongoing lost-and-found/found-and-lost process, comparable to a personal relationship. On The Islet In The River, a linocut by June Ho, shows a reconstructed scene depicting her mother as a little girl. Stacey Chan employs mathematical equations to evaluate the probability of her parents first finding each other.

Annie Wan is a currently Assistant Professor at the Academy of Visual Arts at Hong Kong Baptist University. She was a grantee of the Asian Cultural Council (2000), represented Hong Kong at the Kochi-Muziris Biennale, India (2014), Asia Triennial Manchester, UK (2014) and Gwangju Biennale, South Korea (2016), and will also represent Hong Kong at the Echigo-Tsumari Art Triennale, Japan (2019). Her works are held in private collectors and institutions worldwide, including the Hong Kong Museum of Art, the Hong Kong Heritage Museum, the Burger Collection and the University of Salford, UK.

Wai Kit Lam graduated with a Bachelor of Arts (Hons) in Fine Art from Goldsmiths at University of London (1996) and obtained a MFA at The Chinese University of Hong Kong (2003). Apart from participating in local exhibitions, she has taken part in several exhibitions in Spain and Italy. She was awarded the second prize in II Certamen d’Arts Plàstiques Ciutat de Felanitx, Felanitx (Third Visual Art Contest of the City of Felanitx), Mallorca, Spain (2017). Her works are collected by the Hong Kong Heritage Museum and private individuals worldwide.

Ivy Ma graduated with Bachelor of Arts (Fine Arts) in Painting at Royal Melbourne Institute of Technology (2001) and MA Feminist Theory and Practice in Visual Art University of Leeds, UK (2002). Her works deal with the concept of ‘dailyness’ and the lack of it. She was an Asian Cultural Council grantee (2007) and was awarded the ‘Young Artist Award’ at Hong Kong Contemporary Art Awards (2012). Her works are in the collection of Hong Kong Museum of Art, the Hong Kong Heritage Museum and private individuals.

Bosco Law (b. 1989) graduated with a Bachelor of Arts from The Chinese University Hong Kong (2012). His works have been shown at Art Basel Hong Kong, Art Central Hong Kong and Art Taipei and are collected by private individuals in Hong Kong and across Asia.

June Ho (b. 1990) graduated with a Bachelor of Arts from The Chinese University Hong Kong (2015). Taking inspiration from her personal experiences, the artist condenses and reconstructs familiar and foreign sceneries in everyday life to portray her diaspora identity. She has participated in exhibitions in Hong Kong, Taiwan and South Korea.

Stacey Chan (b. 1995) graduated with a Bachelor of Visual Arts from The Hong Kong Baptist University (2017). She has participated in exhibitions in Hong Kong and Germany. Her work is held in Uli Sigg’s private collection.