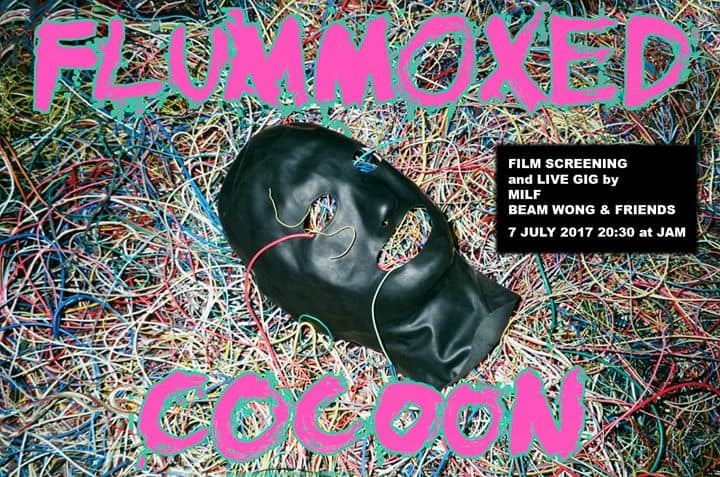 Flummoxed Cocoon Soundtrack will also be available for purchase on the night.

FLUMMOXED COCOON
A songwriter who transforms to a cocoon. He tries to cure himself by writing more songs but this inadvertently brings into existence a girl.

BEAM WONG
Bangkok filmmaker, illustrator and noise artist who wants to mix pop with noise and turn it to be some kind of music.
https://www.facebook.com/Beam-Wong-391731600962807/