Hauser & Wirth – Louise Bourgeois – My Own Voice Wakes Me Up 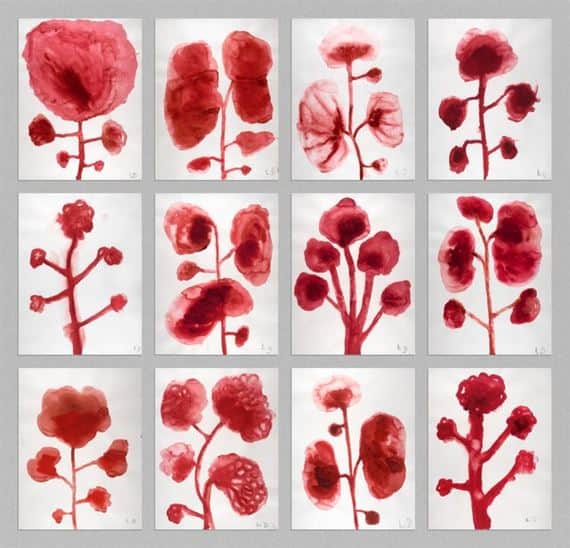 Hauser & Wirth is pleased to present the first solo exhibition in Hong Kong of works by renowned French-American artist Louise Bourgeois (1911 – 2010). Opening on 26 March, the exhibition is curated by Jerry Gorovoy, who worked closely with Bourgeois from the early 1980s until her death in 2010.

For more than 70 years, Bourgeois created forms that merged the concrete reality of the world around her and the fantastic reality of her inner psychic landscape. Her creative process was rooted in an existential need to record the rhythms and fluctuations of her conscious and unconscious life as a way of imposing order on the chaos of her emotions. The body, with its functions and distempers, held the key to both self-knowledge and cathartic release.

‘My Own Voice Wakes Me Up’ takes its title from one of Bourgeois’s writings and focuses on distinct bodies of work from the final two decades of the artist’s life, including fabric sculptures, hand poses, red gouaches, experimental large-format prints, topiary sculptures, and rarely exhibited holograms. Opening on 26 March, the exhibition is curated by Jerry Gorovoy, who worked closely with Bourgeois from the early 1980s until her death in 2010.

Renown French-American artist Louise Bourgeois is noted for her contributions to Modern and Contemporary Art, and for founding the genre “confessional art.” Bourgeois worked in painting and sculpture. Some of her most famous works are her “Spiders”, found in museums such as Dia: Beacon and the Guggenheim of Bilbao. Bourgeois is known for dealing with her deep-seated autobiographical issues through her work, which often involves the unconscious, the human body, and sexual desire. Bourgeois began producing artwork as a cathartic process in order to deal with traumas from her childhood. Bourgeois’ work is lauded for having influenced the work of Feminist artists that rose to recognition in the 1970s.

The artist continued to produce work up until her death at age 99. Many works by the artist have been sold at auction, including ‘Spider’ sold at Christie’s New York ‘Post-War & Contemporary Evening Sale’ in 2015 for $28,165,000. There have been numerous articles about Louise Bourgeois, including ‘The Women Who Shaped the Art World in 2017’ written by Andrea K. Scott for The New Yorker in 2017.

Hauser & Wirth was founded in 1992 in Zurich by Iwan Wirth, Manuela Wirth, and Ursula Hauser, who was joined in 2000 by Partner and Vice President Marc Payot. A family business with a global outlook, Hauser & Wirth has expanded over the past 27 years to include outposts in Hong Kong, London, New York, Los Angeles, Somerset, Gstaad, and St. Moritz. The gallery represents over 75 artists and estates who have been instrumental in shaping its identity over the past quarter century, and who are the inspiration for Hauser & Wirth’s diverse range of activities that engage with art, education, conservation, and sustainability.

Hauser & Wirth has built a reputation for its dedication to artists and support of visionary artistic projects worldwide. In addition to presenting a dynamic schedule of exhibitions, the gallery collaborates with renowned curators to present museum-quality surveys and invests considerable resources in new scholarship and research. Since its earliest days, the gallery has mounted historically significant exhibitions. The inaugural exhibition in 1992 took place at Hauser & Wirth’s first gallery, located in the first-floor apartment of an Art Deco villa in the heart of Zurich; it united mobiles and gouaches by Alexander Calder with sculptures and paintings by Joan Miró. Since then, the gallery has continued to forge an academically rigorous, ambitious program of historic exhibitions, providing a natural home for a number of major 20th-century European and American artist estates, and encouraging a continued and engaging discourse around their oeuvres. These include Louise Bourgeois, The Estate of Philip Guston, The Eva Hesse Estate, Allan Kaprow Estate, Mike Kelley Foundation for the Arts, The Estate of Jason Rhoades, Dieter Roth Estate and The Estate of David Smith.

Hauser & Wirth is widely admired for a sympathetic approach to restoring historic buildings and giving them a new lease of life as contemporary art spaces that invigorate surrounding communities. From the conversion of its first permanent venue in the former Löwenbräu brewery building that became Hauser & Wirth Zürich in 1996, the gallery has developed and sensitively restored existing structures that respond to their environments, connecting international art with local culture through architecture. In 2003, an Edward Lutyens-designed former bank on Piccadilly became Hauser & Wirth’s first London gallery, while a decade later, in 2013, the legendary Roxy discotheque and skating rink became the gallery’s second New York space.

A commitment to education underpins the Hauser & Wirth exhibition roster. Every show is accompanied by a series of lectures, interactive seminars, innovative workshops, and special events developed for a range of ages and target audiences. These programs are intended to inspire creativity and foster a passion for contemporary art, nature, and architecture within all areas of the community. In Somerset, the gallery has created strong links with local schools, universities, and charities, and also provides courses for adults and special interest groups.

Hauser & Wirth Somerset welcomes around 100 school groups every year. Events include an annual summer school for young people in collaboration with Bristol Old Vic Theatre, seasonal workshops for adults, such as basket weaving, and Open Farm Sunday, a yearly initiative that opens Durslade Farm to visitors, as well as the annual Pumpkin Festival in celebration of the harvest. This public engagement is mirrored in Los Angeles where the learning program aims to instigate a dialogue between the works on view and the city’s diverse audiences.

Food comprises a pivotal element of the experience of Hauser & Wirth’s galleries. Bringing together Iwan and Manuela Wirth’s passion for art with their enthusiasm for hospitality, gastronomy, and community, the galleries sit alongside a series of bars and restaurants conceived as social gathering spaces. Roth Bar & Grill in Somerset and Manuela restaurant in Los Angeles provide informal and convivial atmospheres where honest, seasonal and locally-sourced food is served. Roth Bar & Grill works closely with local farmers, gamekeepers, and gardeners, to use entirely local and ethical British produce. Similarly, at Manuela, an urban kitchen garden provides the restaurant with herbs, fruits, and vegetables as well as a chicken house and run for the restaurant’s 11 rare-breed chickens.

Also onsite at Hauser & Wirth Somerset is Durslade Farmhouse, a six-bedroom guesthouse within a Grade II-listed farm building, full of character and bold twists that celebrate the natural antiquity of the building. More recently, the Wirths opened The Fife Arms in Braemar, Scotland, an imposing Arts & Crafts hotel that underwent extensive restoration to return the building to its former glory. With their deep-rooted investment in community, history, wildlife, and landscape, each of the Wirths’ ventures is embedded in the unique heritage and traditions of its local culture.