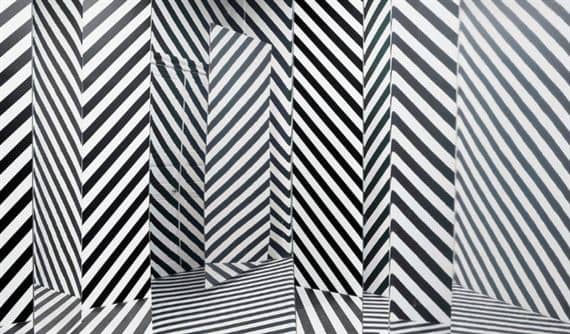 Perrotin Hong Kong is pleased to present Light – Mirror, the first exhibition dedicated to the Paris-based Argentine artist Julio Le Parc in Asia, and his third with the gallery following his inaugural show in New York in 2016, and Bifurcations in Paris in 2017. The 90-year-old pioneer of op art and kinetic art has conceived two site-specific installations for this exhibition, which also comprises recent mobiles and paintings.

Born in 1928, Le Parc gained international recognition as one of the leading figures of the Groupe de Recherche d’Art Visuel (GRAV), which he co-founded in Paris in 1960 along with François Morellet, Francisco Sobrino, Yvaral, Horacio Garcia Rossi, and Joël Stein. The collective remained active until 1968, two years after Le Parc was awarded the International Grand Prize for Painting at the 33rd Venice Biennale in 1966. Geometric abstraction, especially the canonic works of Piet Mondrian and Victor Vasarely, originally influenced his practice.

Spanning through a wide range of mediums, it includes drawing, painting, monotyping, sculpture, installation, and virtual reality. Whether static or kinetic, pictorial or sculptural, Le Parc’s works revolve around the repetition of basic geometric forms, whose organization according to rigorous sequential procedures allows for potentially infinite progressions. Yet, neither abstraction nor logics can sum up his overall oeuvre.

Against market-friendly monothematicism, the artist has always been radically committed to experimentation and emancipation. Particularly known for his environments involving artificial light and mechanical movement, as well as his recurrent use of mirrors, he has developed a minimalist-adjacent aesthetics, which follows up on the GRAV’s primary interest in the public’s engagement with art. Direct participation was notably tested by the group’s collective conception of an interactive labyrinth at the 1963 Paris Biennale. Viewers have since remained the ultimate subjects of – if not the only possible disruptive elements in – Le Parc’s otherwise meticulous compositions. Like a demiurge, he essentially orchestrates ever-changing conditions for unique perceptual experiences.

Emmanuel Perrotin founded his first gallery in 1990 at the age of 21. He has since opened over 18 different spaces with the aim to continue offering increasingly vibrant and creative environments to experience artists’ works. He has worked closely with his roster of artists, some for more than 25 years, to help fulfill their ambitious projects. Perrotin has galleries in Paris, Hong Kong, New York, Seoul, Tokyo, and Shanghai, totaling approximately 7000 square meters (75,000 square feet) of exhibition space across its various locations.

From 2013 to 2016, Perrotin New York has been housed in a historic building on the Upper East Side’s iconic Madison Avenue. After three successful years there, Perrotin expanded in April of 2017 to a 2,300 square meters (25,000 square feet) space and relocated to 130 Orchard Street in New York City’s most dynamic arts neighborhood, the Lower East Side.

In 2016, Perrotin inaugurated a 240 square meters (2,600 square feet) gallery in Seoul which includes a bookshop displaying unique editions & books published by the gallery. Located in the heart of the museum and gallery district on the first and third floors of the same building as Christie’s office at 5 Palpan-Gil, Jongno-gu district, the gallery is in close proximity to the National Museum of Modern & Contemporary Art and Daelim Museum and just in front of the Blue House/President’s residence and Gyeongbok Palace.

In June of 2017, Perrotin opened his newest gallery in Tokyo on the ground floor of the Piramide building at 6-6-9 Roppongi Minato-ku Tokyo. The 130 square meters (1,400 square feet) gallery is located in the center of the Roppongi area, a cultural and vibrant neighborhood, which gathers a large number of museums, including the Mori Art Museum, Suntory Museum of Art, National Art Center (Art Triangle Roppongi), and many well-established galleries.

In 2018, Perrotin launched a new gallery in Shanghai, located in the heart of Shanghai’s Bund quarter. Perrotin Shanghai will occupy the top floor of a historic three-story brick building (27 Huqiu Road) known as “Amber Building”. Built in 1937, it is a former warehouse used by the Central Bank of China during the Republican period. The 1,300 square meters (14,000 square feet) gallery space includes a mezzanine and several exhibition rooms. In keeping with the building’s modernist elegance, original 1930s elements of the building are preserved including its 6 meters (20 feet) high wooden beam ceiling.