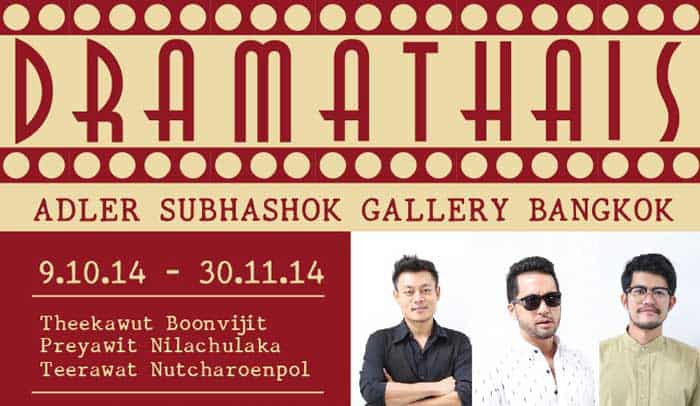 Dramathais
Adler Subhashok Gallery proudly presents Dramathais Exhibition. It is the tales of the people in Thai society through different perspectives, similar to the tales of each character, through their eyes, in a great theatre. It almost sounds like the word “Dramatise” which means adapting something into stage/screen.

This exhibition exposes the view and belief of the people in modern Thai society, which is often expressed with deviant behaviours; some exaggerated, some dissimulated and some satirical. Under the influences of pop-culture, it seems like we are being “directed” by a skillful director. We basically act as we are instructed. Whether it’s sexual orientation, glamorous media, product and culture that we have absorbed from the West. Leads to creativity of 3 artists with 3 intense styles of representation.