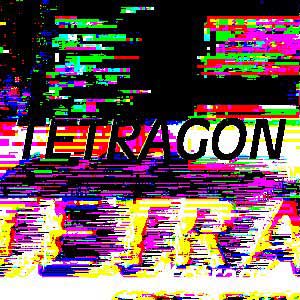 “Tetragon” is a group show (we should say) primarily (see below) consisting of four photographic artists.

Liam Morgan will show a new addition to The White Canvas Series, which he is currently creating in Vietnam with his collaborator Jan Krogsgaard.

Kajonsak Intarapong will exhibit his series “Yantra: The Magic Tattoo”, investigating the living tradition of Sak Yant in the company of masters of the art.

Graham Meyer will be exploring the contrast between perceived chaos and order in the city, in a series of paired captures, working titled “Everything Is Under Control”.

Pokchat Worasub will be curated by CONCRETE.projects in an experimental new street photo/street art hybrid scenography in our rooftop space. “Body Double”, named in reference to Brian De Palma’s 1984 film, will be an exploration of the intimacy of the artist’s work in a space which is, by it’s nature, voyeuristic.

Alongside the four exhibits, we are very excited to offer a fragment of a view of “WHATEVS~4~EVS”, a ground-breaking new work of film-making and machine fabrication, produced by MindMachineMakingMyths, New-Territories and the University of Pennsylvania; “the picaresque Soliloquy of a banished Arbitrista jester (from the 17th century Spanish Court to Bkk Sathorn Unique, there & tomorrow)”.

The opening party will start at 6PM on Saturday 18 October, and will feature the usual combo of scintillating conversation, delectable sonics, sumptuous imbibables, and inspiring, cutting edge practice in a stimulating space.