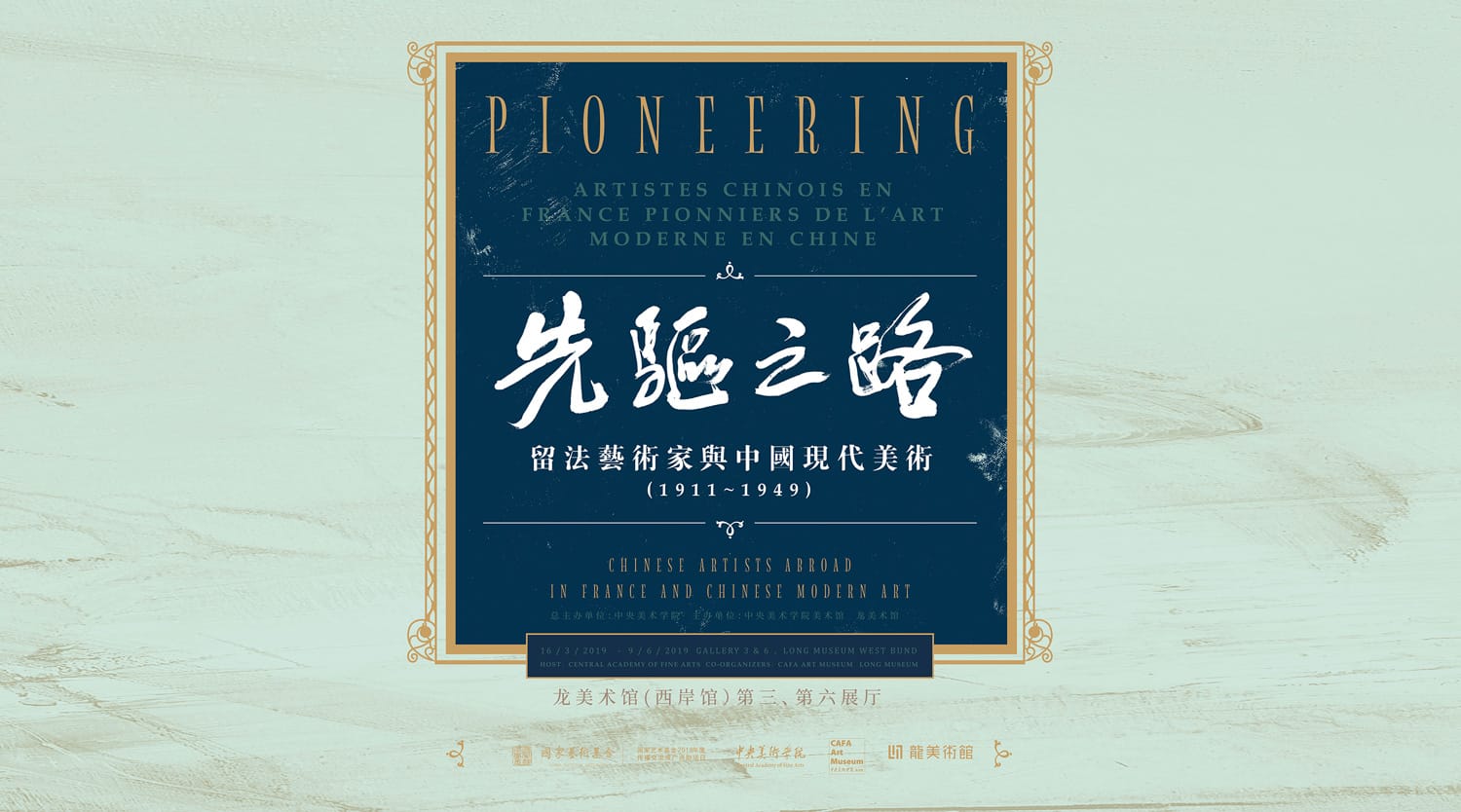 The Central Academy of Fine Arts, the CAFA Art Museum and the Long Museum (West Bund) announce the exhibition of Pioneering: Chinese Artists Abroad in France and Chinese Modern Art (1911-1949) will open on 16 March 2019 and continue through 9 June 2019. The whole project was rewarded as one of the annual communications projects in 2018 supported by China National Arts Fund.

Studying abroad was a notable phenomenon in Chinese history, particularly cultural history, in the late nineteenth and early twentieth centuries. China’s modern study abroad movement began in the 1870s. After this, from the late Qing period to the establishment of the People’s Republic, there were many students who traveled abroad with government scholarships or their own funds. They energetically studied political, economic, military, intellectual, cultural, and artistic subjects. After they returned to China, they dedicated their immense energies and made great contributions, becoming pioneers and founders in many fields.

In the fine arts, the majority of the artists such as Xu Beihong, Lin Fengmian, Liu Haisu, Yan Wenliang, Chang Shuhong, Pang Xunqin, Wu Dayu and Chang Yu (Sanyu), who studied in France attended the École Nationale Supérieure des Beaux-Arts, primarily studying oil painting, drawing, and sculpture. There, they learned about the classical, realist and naturalist art of the Western academy, as well as various Western modernist schools. They brought oil painting (also called Western painting), sculpture, drawing, pastel, watercolor, and other new artistic genres, new artistic ideas, and even new lifestyles, which were outside the traditional realms of calligraphy and painting, into twentieth-century Chinese art. With this, they became an important group active in China in the first half of the twentieth century; they founded, developed, changed, and enriched Chinese art during that period.

This exhibition, made up of the main display with two special studies, features the latest research and more than 160 works by over 40 artists, including more than 40 artworks provided by Long Museum and about 120 artworks from nearly 40 public and private institutions as well as individuals.

This academic study on the phenomenon of artists studying abroad in the early 20th century in the form of exhibitions has the epoch-making and monumental significance that reviews the art history of modern Chinese art. It is expected that this exhibition will respond well to the development of Chinese contemporary art and reflect on the essence of contemporary art and the possibility of future art in the digital and pictorial age.

It is located at the center of the West Bund Culture Corridor in Binjiang, Xuhui District, Shanghai– No. 3398, Longteng Avenue. Designed by Liu Yichun, a Chinese architect of Atelier Deshaus, the building covers an area of 33,000 square meters with up to 16,000 square meters for exhibition.

The main part of the building is a unique umbrella-vaulted structure. There are four stories. The first and second floors above ground are devoted to contemporary art including paintings, sculptures, installations, and new media. The surface of the peculiar vault is built by faced concrete with a fine and smooth texture. Visually, it is in concert with the fashion space, “Hopper Corridor” (doulang), which was transformed from the former “Coal Hopper” (meiloudou) construction at Beipiao Port, thus creating a rational and tranquil sense of industry and primitivism as well as a sharp contrast between power and lightness. Meanwhile, it endows the Museum with an acute quality of contemporariness and creativity. The first basement is the permanent exhibition area for precious artifacts in ancient China and artworks of the Republic of China. Resembling a “white box,” the rectangular exhibition hall highlights the historical continuance and intellectual profoundness of traditional Chinese art.

The Long Museum West Bund does not adopt the closed spatial pattern typical of ordinary museums but functionally embraces openness and public involvement. For instance, on the above-ground floors, there is a river-view restaurant, a public courtyard, a concert hall, a café, and an art shop; in the first basement, there is an exhibition hall for children, a library, rooms for artifact restoration, and an art bookshop; in the second basement, there is a parking lot available for over 300 cars. Thanks to all these, art is no longer far away from the public but is seamlessly integrated into people’s daily life and leisure. This is exactly the original intention and sincere wish of the couple founders, Mr. Liu Yiqian and Ms. Wang Wei when they set up the Museum.