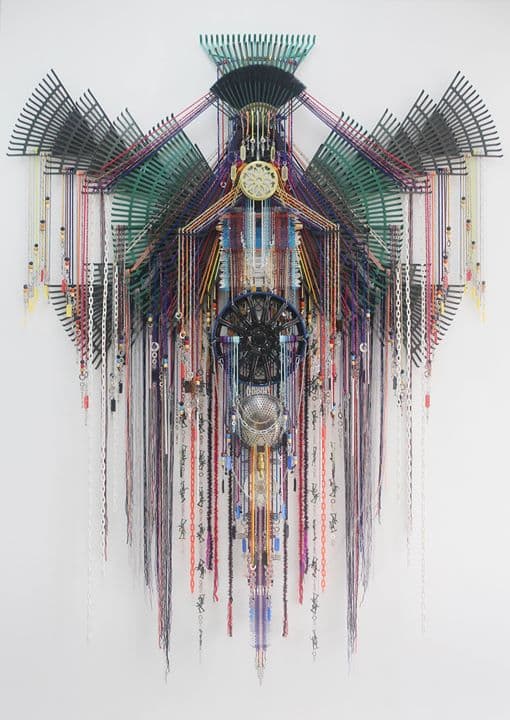 “Freedom stands for something greater than just the right to act however I choose – it stands for securing to everyone an equal opportunity for life, liberty, and the pursuit of happiness. To most reasonable people, freedom means more than just ‘ the free will to do whatever I want’. Taken literally, that approach would produce anarchy—every man, woman, and child for himself or herself. Fortunately, none of us has to live that way. As for myself, I’ve always believed that “Freedom” is what I feel from my ‘within’, followed by the ability to express it in the most sincere manner. The desire for freedom is what takes me from a comfortable life to an uncertain, but far more fulfilling… Our true self is who we really are when we let go of all the stories, labels and judgements that we have placed upon ourselves. It is who we naturally are without the masks of pretension.”
– Anne Samat, July 2017

To Anne Samat, freedom lies at the crux of her very being. Anne was drawn to the art of weaving during her student days, her belief in freedom prompted her to break the taboo and rigid traditions of weaving. In search of new textures, Anne substitutes the traditional with the contemporary – she employs yarn, polyester and rattan sticks instead of the conventional silk and cotton, injecting a new identity to an art form often mistaken as craft. Conjugating the weaving of everyday and industrial objects through her works is the key to Anne’s Freedom, which acknowledges the symbioses of Anne and her quest for liberation within a broader context. Having developed her practice over the years, the artist has finally embraced her artistic practice with enthusiasm by staging her first solo exhibition with Richard Koh Fine Art.

Anne’s works walk on a tightrope between the feminine and the masculine, expanding these dialogues through its scale and tension with the introduction of new materials. Balancing the organic and the man-made, this exhibition will feature 8 new artworks, including wall-mounted mixed media sculptures to installation pieces coupled with free-standing sculptures.