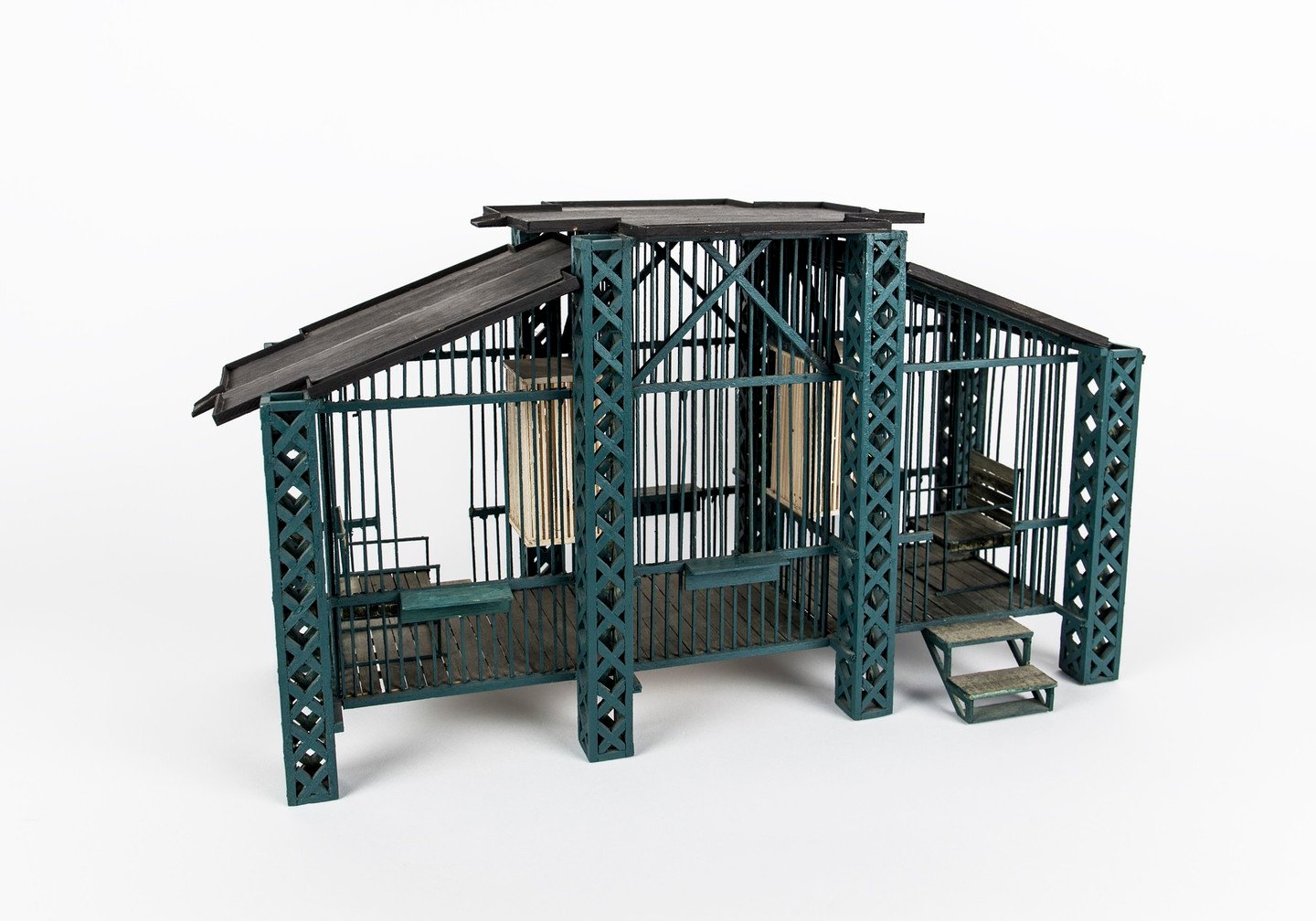 Considered a leading figure in public art, Iranian-born artist Siah Armajani merges architecture and conceptual art in his sculptures, drawings, and public installations. Informed by democratic ideologies and inspired by American vernacular architecture, his works include gathering spaces for communality, emphasizing the “nobility of usefulness.” His highly acclaimed public art and architectural projects have included bridges, gardens, and outdoor structures, that have been commissioned and presented worldwide. A retrospective featuring his artistic career spanning over more than five decades was recently on view at the Walker Art Center, Minneapolis, and inaugurates in March at The MET, New York. Armajani’s exhibition at the NTU CCA Singapore is his first institutional presentation in Asia unfolding along with a large scale installation, Sacco & Vanzetti Reading Room #3, and a selection of models highlighting the artist’s ideas and interests that one could summarise as “art on a civic scale.”

Since the Centre’s inauguration in October 2013, the NTU CCA Singapore has featured leading artists presenting their work for the first time in Southeast Asia, making it one of the few spaces in Singapore to present contemporary art from around the globe. The Centre’s residencies programme is dedicated to facilitating the production of knowledge and research, engaging and connecting artists, curators and researchers from Singapore, Southeast Asia, and beyond, across various disciplines.

The Centre’s seven studios support the artistic process in the most direct way – by giving the time and locale to be fully engaged, and the access to an interesting and immersive context to further the space for developing ideas. The Centre’s Artist Resource Platform contains visual material and audio recordings of talks from over 90 Singapore based artists, NTU CCA Singapore’s Artists-in-Residence, and independent art spaces in Singapore. This archive provides local and visiting curators, scholars, and writers, as well as an interested public, a point of entry to contemporary artistic practice.

NTU’s campus is frequently listed among the Top 15 most beautiful university campuses in the world and has 57 Green Mark-certified (equivalent to LEED-certified) buildings, of which 54 are certified Green Mark Platinum.
Besides its 200-ha (500-acre) lush green, residential campus in the western part of Singapore, NTU also has a second campus in the heart of Novena, Singapore’s medical district.

In engineering and technology, NTU is ranked 5th worldwide in the QS World University Rankings by Subject 2018. With six schools, NTU’s College of Engineering is among the top nine globally for research output and the 5th most cited in the world (Essential Science Indicators 2017).

Mirroring this success is the College of Science, whose young chemistry department is ranked 10th among universities in the Nature Index 2018. Boosted by research at the Lee Kong Chian School of Medicine, NTU is also strengthening its foothold in areas such as biomedicine and life sciences.

The well-established Nanyang Business School is regularly featured among the leading business schools in Asia, with its MBA programme consistently rated top in Singapore since 2004 by The Economist.

In higher education, NTU is driving new pedagogies so that millennials can learn more effectively in this digital age. Part of NTU’s education strategy is the flipped classroom model of learning. The centerpiece of this new way of learning is The Hive, a groundbreaking learning facility that has been described by CNN as having redefined the traditional classroom.

Set up jointly with Imperial College London, NTU’s medical school is grooming a new generation of doctors to meet the healthcare needs of Singapore.