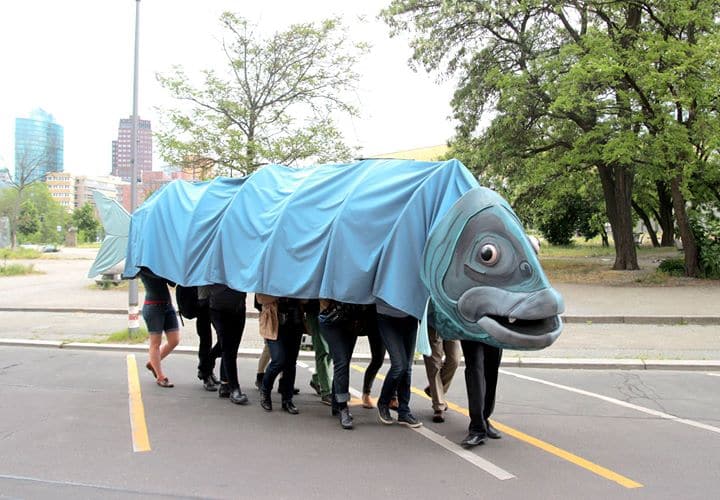 Drop in to National Gallery Singapore during our open house on National Day, 9 Aug as well as on the weekends of 5–6 Aug and 12–13 Aug for a unique and utterly whimsical participatory performance with Post Theatre’s “Aquarama”!

Audiences are invited to be part of this participatory performance featuring the story of Matz, a wild boy sailing with his bath tub to the South Pacific, and Mr Chips, a fish-head exploring a new world who remembers how he saved a man from drowning!

Registration opens 30 minutes before each performance opposite the Children’s Museum. 10 slots available per performance on a first come, first served basis.

post theatre is a small, mobile and interdisciplinary unit of artists who create live-performances between theater, dance and media-art, as well as installations, interventions in public spaces, lectures and workshops.

All projects are research-based and follow a solid dramaturgy. post theater’s re-occurring themes are identity and technology. These issues relate form to content and vice versa.

post theater has been working in more than 30 cities in over 20 countries around the world.

post theater has been founded 1999 in New York. The company moved to Berlin in 2002. The Stuttgart office opened in 2010.