Long museum Pudong – Looking Back: the 70th Anniversary of the Liberation of Shanghai 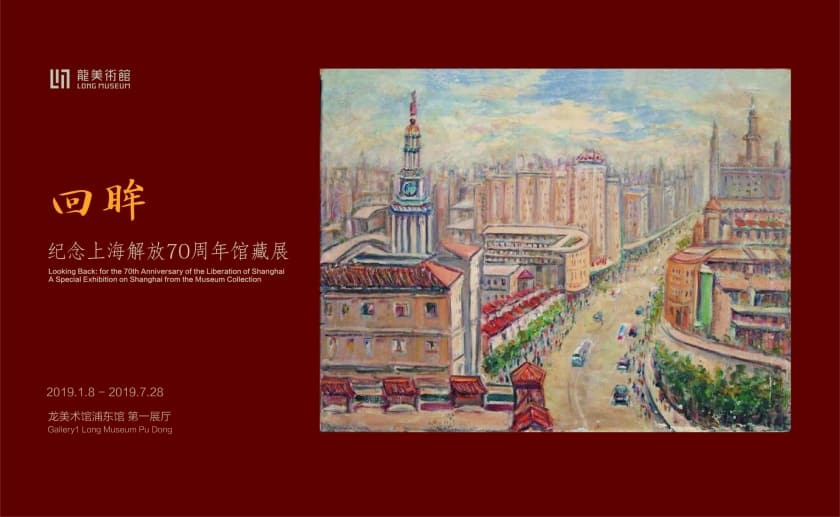 Looking Back: for the 70th Anniversary of the Liberation of Shanghai: A Special Exhibition on Shanghai from the Museum Collection

As world-renowned art collectors, Liu and Wang’s collection is systematically large, covering traditional Chinese art, modern and contemporary Chinese art, “red classics” as well as contemporary art of Asia and Europe. Based on their private collections, the Long Museum is devoted not only to professional art exhibitions, researches, and collections but also to the promotion of cultural education in public.

It aims to take up the responsibility of propelling continuous development and inheritance of art; focuses on the contrastive display and study of art, Western and Eastern,ancient and contemporary, while strengthening its local cultural roots;presents the diversity of visual art from a global perspective; systematically showcases the splendid achievements of Chinese art as well as the vitality of contemporary art all over the world; and eventually forges itself into a world-class private museum.

Drawing on the management experience of national and international museums while based on its own needs, Long Museum is divided into ten departments: Curatorial and Research, Exhibition, Education, Collection and Exhibition, Marketing, Business Development, Art Shop, Human Resources, Financial and Director’s Office. This division is to ensure the smooth operation of the Museum and provide professional services for art lovers.

Ms. Wang Wei, the co-founder of the Museum, is the general director. Among the academic advisors of the Long Museum are Chen Lvsheng, Vice Director of the National Museum of China; Wang Huangsheng, the Director of the Art Museum of China Central Academy of Fine Arts and Zhao Li, a professor of China Central Academy of Fine Arts. These experts and scholars will offer suggestions and support regarding the operation and development of the Museum.

Located at No. 210, Lane 2255, Luoshan Road, Pudong New Area, Shanghai, the Long Museum Pudong was officially opened to the public on Dec. 18th, 2012. With a total area of approximately 10,000 square meters, it is designed by Chinese architect Zhong Song. The building looks like a square with a tone of grayish white from the outside and is constructed chiefly with granite, which adds to the minimalist, pure, and restrained style of the East.

The main part of the Museum has four floors: the basement is the public education area with a reading room and an academic auditorium; the first floor is mainly devoted to contemporary art of varied themes, along with other recreational facilities such as an art shop and an art café; on the second floor is the permanent exhibition area for the unique “red classics,” where the panorama of the artistic creations from the Yan’an Period to the Reform and Opening Up is systematically presented; the third floor contains a permanent exhibition hall and a temporary one for traditional Chinese art, featuring calligraphy and painting, and spaces for displaying ancient Chinese artifacts and furniture.