House of Lucie – Spotlights on reza 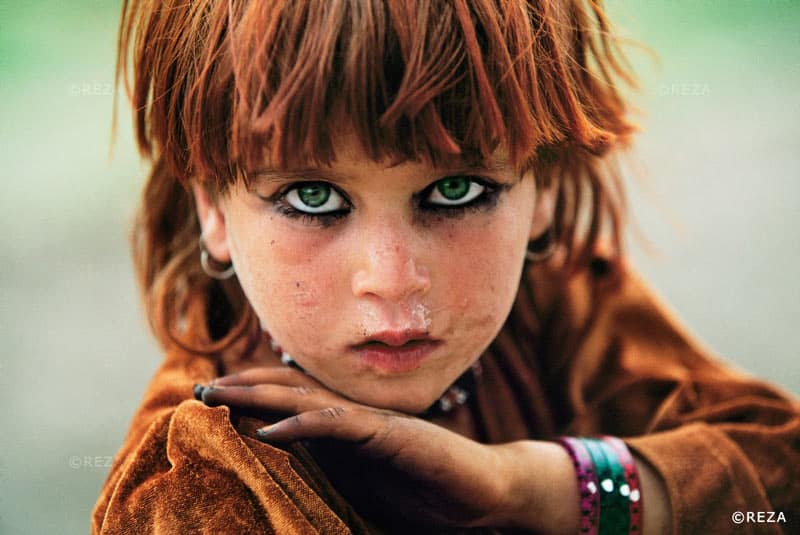 Join us on Friday, June 22 for the launch of Spotlights on Reza (2009 Lucie Award for Achievement in Documentary Photography) at House of Lucie. The exhibition presents 30 of Reza Deghati’s most iconic images.

A philanthropist, idealist, humanist, Reza’s career began with studies in architecture. He has gone on to become a renowned photojournalist who, for the last three decades, has worked all over the world, notably for National Geographic. His assignments have taken him to over a hundred countries as a witness to humanity’s conflicts and catastrophes. His work is featured in the international media (National Geographic, Time Magazine, Stern, Newsweek, El País, Paris Match, Geo…), as well as a series of books, exhibitions and documentaries made for the National Geographic Channel.

Along with his work as a photographer, since 1983 Reza has been a volunteer committed to the training of youths and women from conflict-ridden societies in the language of images, to help them strive for a better world. In 2001, he founded Ainaworld in Afghanistan, a new generation NGO which trains populations in information and communications through the development of educational tools and adapted media. While pursuing his reportages for international media outlets, Reza has continued to conduct workshops on the language of images in a variety through his association Reza Visual Academy. He works with refugees, urban youths in Europe and others from disadvantaged backgrounds.

After his work, Mémoires d’Exil (“Memories of Exile”) shown at the Louvre Carrousel in 1998, he has shared his humanitarian vision through a series of monumental installations: Crossing Destinies, shown on the grilles of the Luxembourg Gardens in Paris, One World, One Tribe in Washington DC, and the Parc de la Villette in Paris, War + Peace at the Caen Memorial and on the banks of the Garonne in Toulouse, Hope in Doha (Qatar), Windows of the Soul in Corsica, Soul of Coffee, 250 photographic exhibitions throughout the world, including major installations on the banks of the Seine, or at Kew Gardens in London, Land of Tolerance at the UN Headquarters in New York, the European Parliament in Brussels, as well as UNESCO in Paris. In 2014, Azerbaijan: the Elegance of Fire, presented at the Petit Palais revealed a little-known people with an ancestral culture, turned towards modernity. Finally, the giant panorama A Dream of Humanity was featured along the banks of the Seine during the summer of 2015, showing portraits of refugees around the world taken by Reza and photographs taken by refugee children in Iraqi Kurdestan who were trained as “camp reporters” at the workshops organized by Reza Visual Academy.

Author of thirty books, and a recipient of many awards over the course of his career, Reza is a Fellow (2006-2012) and Explorer of the National Geographic Society since 2013, and a Senior Fellow of the Ashoka Foundation. His work has been recognized by World Press Photo; he has also received the Infinity Award from the International Center of Photography, the Lucy Award, an honorary medal from the University of Missouri and the honorary degree of Doctor Honoris Causa from the American University of Paris. France has also appointed him a Chevalier of the National Order of Merit.