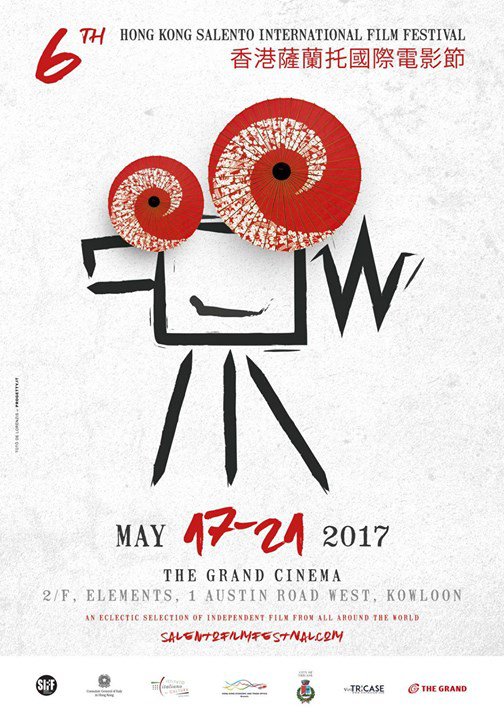 The sixth edition of the Hong Kong Salento International Film Festival (HKSIFF) will open on 17 May this year. The Festival continues the celebration of international independent cinema from all over the world, showcasing premieres and rare works of art: indeed a unique opportunity to watch real independent cinema. From 17 May to 21 May, the Festival will bring a selection of the best of the Salento International Film Festival 2016 to be screened in one of the coolest venues in Hong Kong, The Grand Cinema.

The 5-day Hong Kong event will showcase six feature films from Italy, Iran, the Philippines and Croatia. The programme includes three films from Italy. “The Minister” by Giorgio Amato, is a grotesque comedy about scandals, bribes and corruption, with a desperate entrepreneur who will stop at nothing and a corrupt politician ready for anything. The Sicilian Pulp “Out Of Chrorus” is a black comedy set between Palermo and Rome, directed by Robert De Niro’s Chef-turned-Director Sergio Misuraca. “The Invisible Player”, directed by Stefano Alpini and cowinner of Best Film at SIFF 2016, is a masterfully shotriveting drama where suspicion turns into obsession; a film for fans of Italian cinema.

In addition, the Iranian film “Oblivion Season”, directed by Abbas Rafei, is a powerful film which tells the story of Fariba, a woman who believed that she could escape from her former life of prostitution and misery. The beauty of this film lies not only in the photography, but also in the elegant approach to the subject of the plight faced by women in the Middle East. The veteran director Mel Chionglo, from the Philippines, tackles religion and priesthood in his new movie “Deliver Us”, where a man searches for his true calling and seeks redemption through equality. Its lead actor Allen Dizon was awarded Best Actor at SIFF 2016. Acclaimed Croatian actress Ksenija Marinković, winner of Best Actress at SIFF 2016, shows us what it is like to love in the comedy film “All the Best” directed by Snježana Tribuson. It is a joyful drama with a likeable ensemble of characters and an uplifting conclusion.