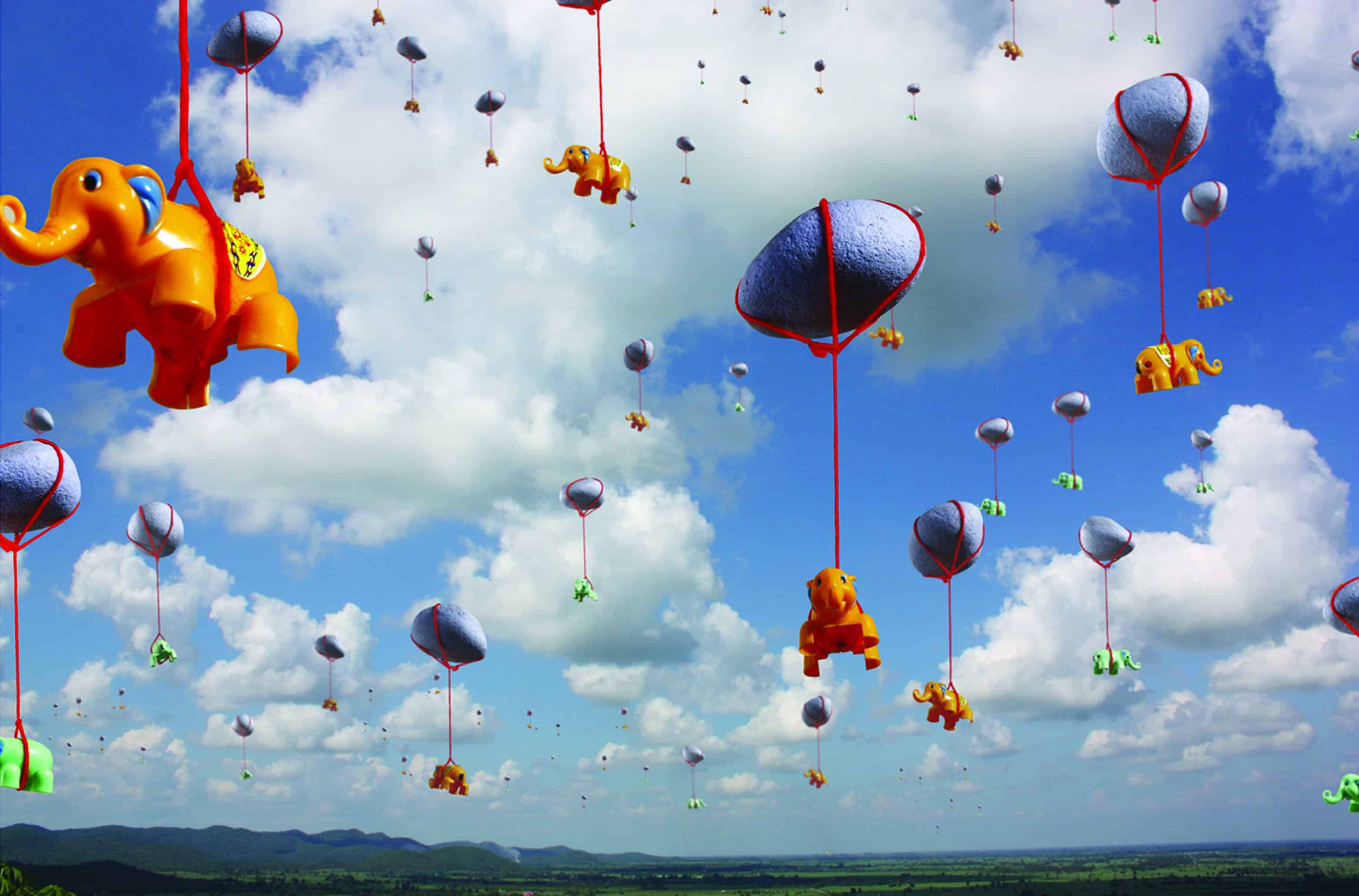 STATE OF THE RIDICULOUS

Bangkok, Thailand – H Gallery is very pleased to announce the pairing of Tuksina Pipitkul and

culture to playful and provocative effect. State of the Ridiculous explores the tropes of the

ridiculous – silly, laughable, derisive – as a means of social commentary while also claiming the

inevitable ridiculousness of much that purports to give profound meaning to our lives.

Mounted across the gallery’s main space and H Project Space, the exhibition is an integrated

experience that carries visitors between the delightful and ominous. Themes include the

fragility of social hierarchies, the flux of cultural symbols and the arbitrary attribution of value

in personal and market exchange. State of the Ridiculous includes a major new installation by

Wantanee that explores the often absurd appearances of societal inequality and

critical cultures, from art to activism. This exhibition explores the depoliticizing sensibilities of

political realities. Oscillating between the carefree and the consequential, State of the

circumstances in the contemporary world.

Wantanee Siripattananuntakul lives and works in Bangkok. She graduated from Thailand’s Silpakorn

studying fine arts at The University of Art in Bremen, Germany, she developed the Manifesto Project