A+ Works of Art – LOST by Manit Sriwanichpoom 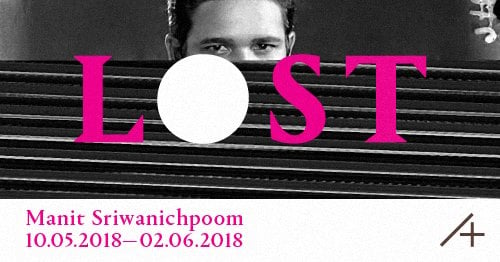 This photographic series was born from an accidental error during an attempt to scan and digitize old glass negatives from 1964 – 1968 taken by Liang Ewe (1911 – 1992), photographer & owner of a photographic studio in Phuket, Thailand. Ideally, the modern digital scanner would accurately transfer historical data from the analog to the digital format; we honestly believe that the resulting data would be correct & match exactly the original source. In reality, the digital format can be corrupted, distorted & manipulated at any stage of the process: scanning, transferring, transmitting, viewing & printing. Sudden gaps of information in the image files occurred at random on Liang Ewe’s portraits, neglecting to convey certain bodily parts: the eyes, the mouth and sometimes the whole face is missing, creating the sense that bits of these people are trapped on another dimension of space and time. Like images from a horror movie, a face without a mouth has no eyes to gaze out from, another face has eyes but no mouth with which to utter a sound.

Ironically, although we can obtain perfect digitally-scanned images of them, we’ll never know the identities and the tales of the people in the photographs, since the studio manager never kept records of his sitters: their names, their ages, where they’re from and what they did. They were just customers. We know what they look like but the faces are unnamed.

In a country like Thailand, history is of kings and rulers of men. We tend not to promote or encourage the writing of the history of commoners, as if their stories are meaningless & worthless to remember. The discovery of Liang Ewe’s negatives is the rediscovery of a past that has survived imbued within 2-dimensional glass plates. In the 19th century when photography was invented, some viewed it with the superstitious fear that their soul would be stolen, lost, trapped by the camera within the frame of the photograph forever. The series ‘Lost’ confirms that what photography records becomes the past the instant the camera shutters close. We still know nothing about these people, lost in the digital twilight zone.

You are cordially invited to the opening of
LOST — A Solo Exhibition by Manit Sriwanichipoom
on Thursday 10 May 2018 at 8:00 PM

Born in Bangkok, Manit Sriwanichpoom is one of Thailand’s leading photographers, and the best known in the international art world, having exhibited worldwide including in the Centre Pompidou (Paris, 2010), The 6th Asia Pacific Triennial (Australia, 2009), Photoquai (Paris, 2007), Gwangju Biennale (Korea, 2006), the Venice Biennale (2003), Photo Espana (2001), the Hayward Gallery (UK, 1999) and Bienal de Sao Paulo (1998). His solo shows include ‘Phenomena & Prophecies’ at the Singapore Art Museum (2010); ‘Lambs of God’ at the Centre for Contemporary Photography (Melbourne, Australia, 2008); ‘Bangkok in Pink’ at the Yokohama Museum of Art (2002) and ‘Man in Pink’ at Galerie VU’, Paris (2007). His works are collected by the Maison Europeenne de la Photographie (Paris), the DG Bank (Germany), the Fukuoka Asian Art Museum (Japan), the Queensland Art Gallery (Australia), the National Gallery of Australia, Koc Foundation (Turkey), the Singapore Art Museum, the National Gallery Singapore and well known private collectors. In 2002 he was picked as one of the world’s 100 most interesting emerging photographers by Phaidon Press in their book BLINK and again 2014 with the same publisher’s Photography Today. In 2007 he was awarded the Higashikawa Overseas Photographer Prize from Japan and 2014 the Chevalier des Arts et Lettres by French Ministry of Culture & Communication.