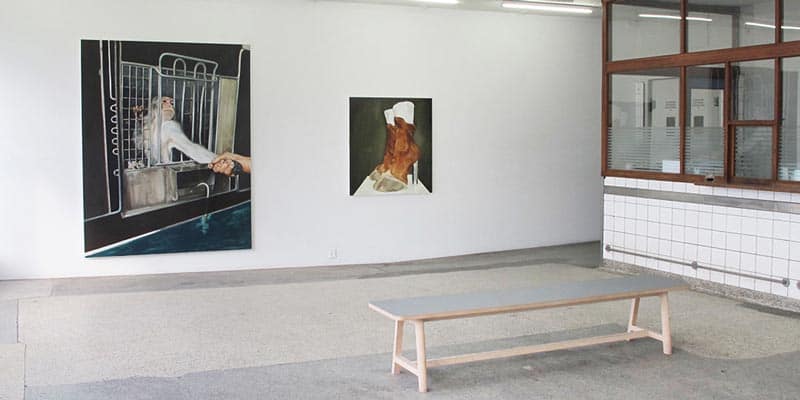 Troels Carlsen not only produces work in watercolors but also works in installations and bronze sculpture. His pieces often center around the theme of mortality and the bizarre. Common elements in his works include anatomically correct drawings of skeletons and musculature and birds, butterflies and other exotic creatures.

In Troels most recent ‘Paperwork’ collection, released in 2015, the artist merged the anatomy of wild animals, such as leopards, monkeys and snakes with human anatomy. 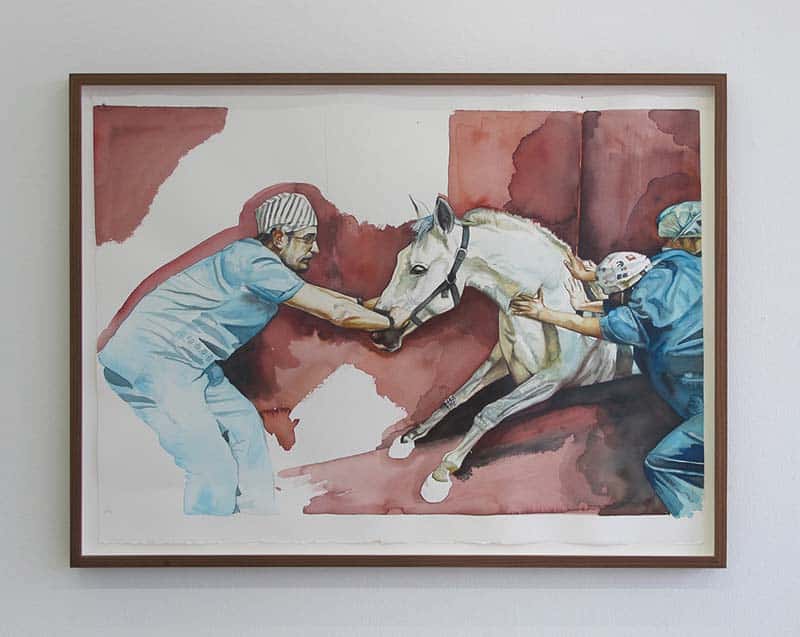 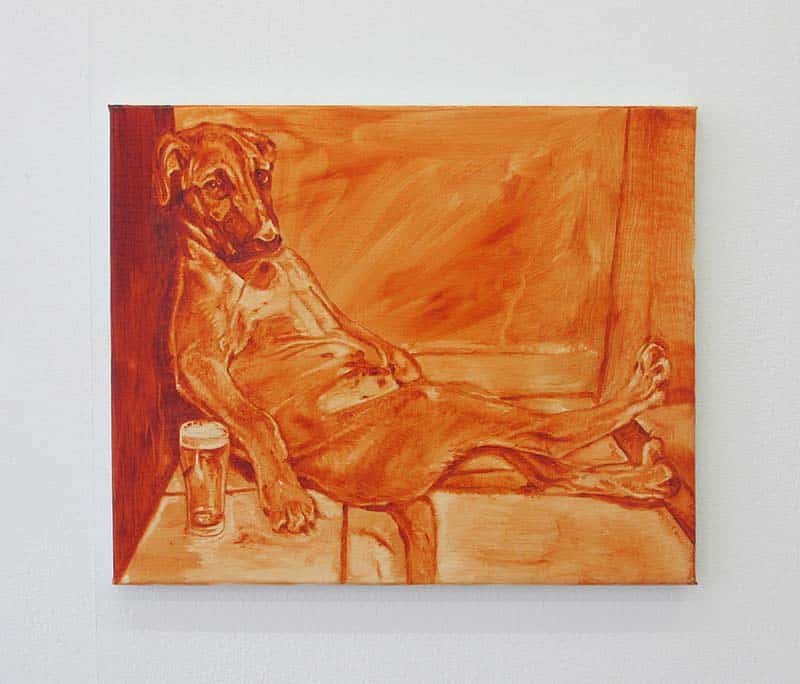 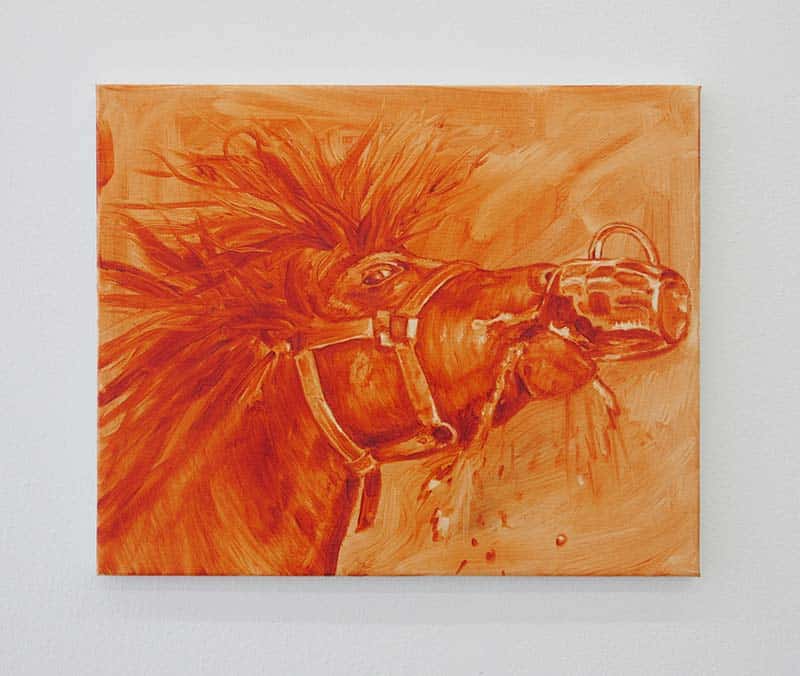 In his most recent exhibition, “Don’t You Know You’re Life Itself,” Troels depicts drunken animal painted in a reddish brown hue in a style that imitates cheap hotel art.

In this series, we see a horse getting drunk, a wobbly bear and a dog sunken in a corner. The canvases are tightly cropped and give us honest, brazen scenes without any beautifying flares or aesthetic improvements. 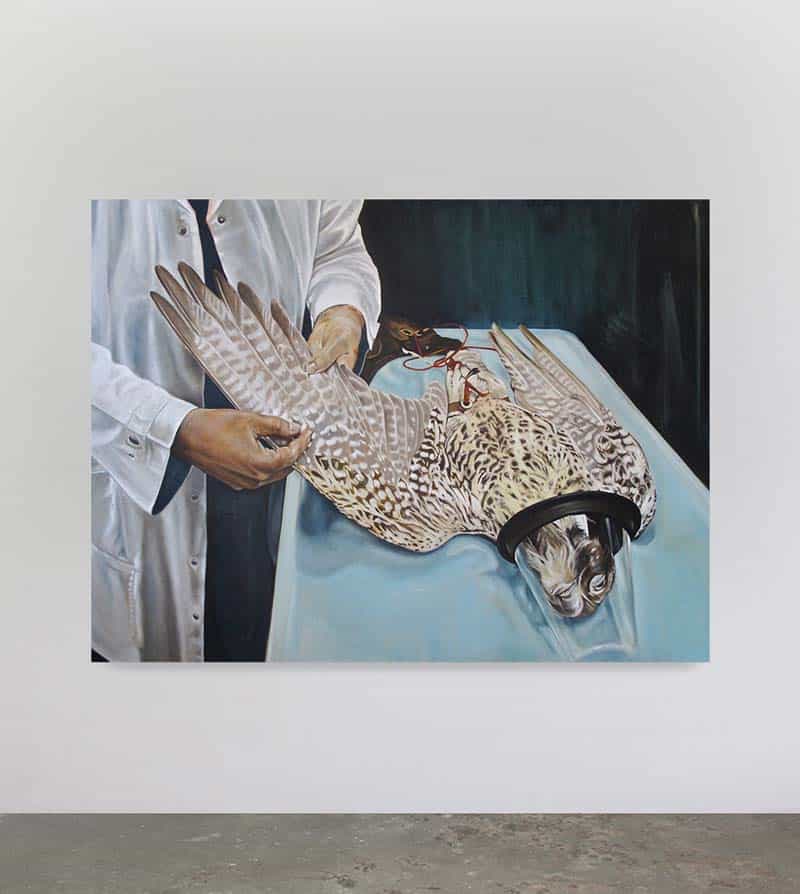 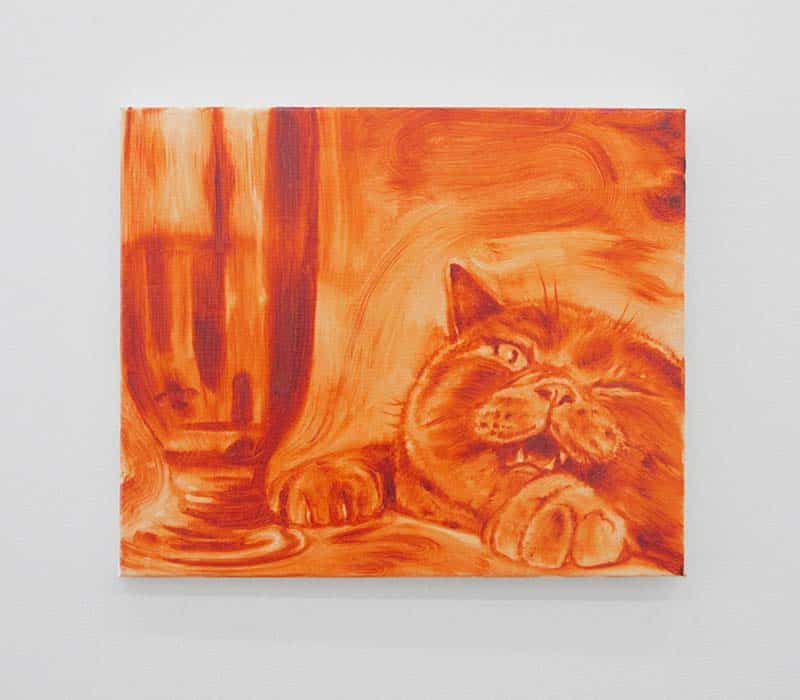 Ultimately, Carlsen’s collections allows us to interpret, translate and rethink the world of images and the constant stream of photos we are inundated with on a daily basis. 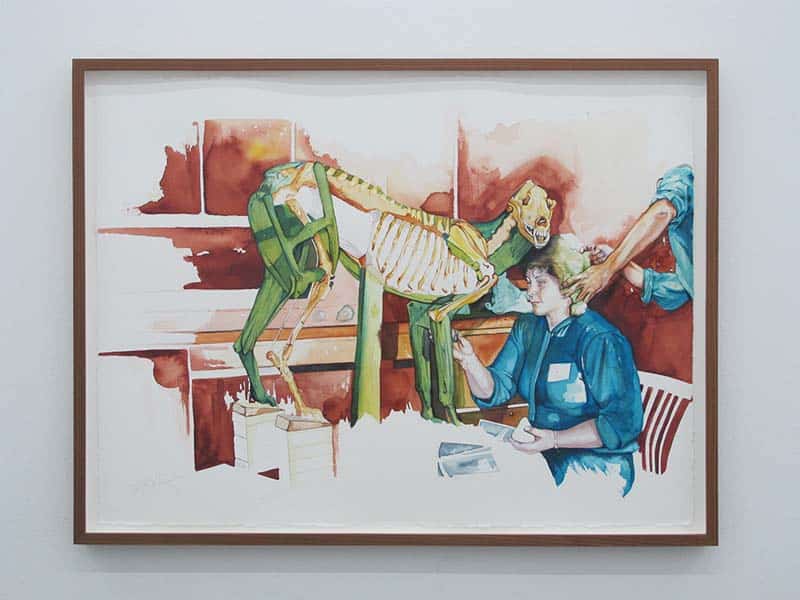 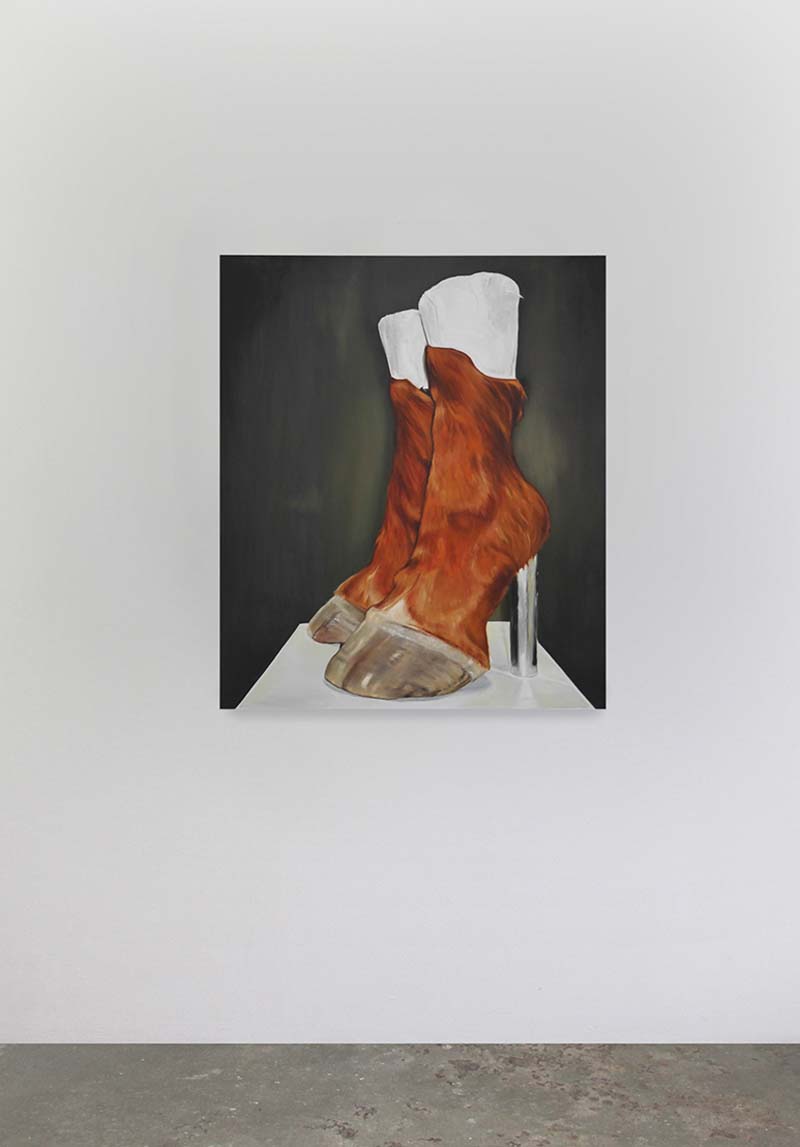 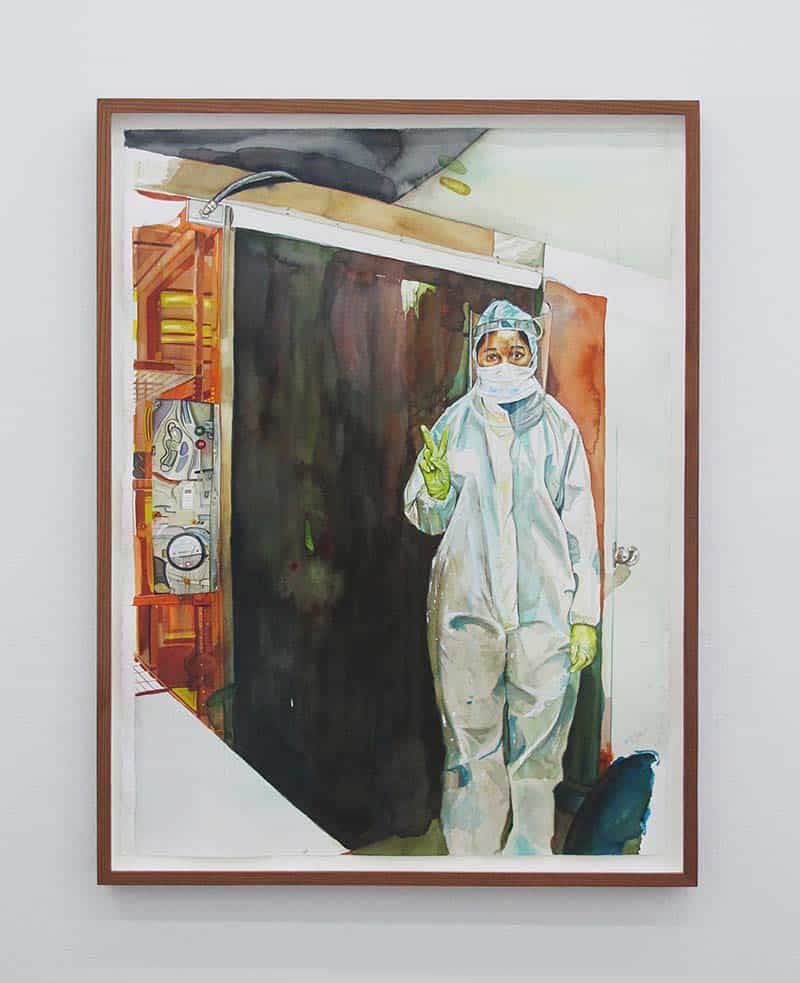 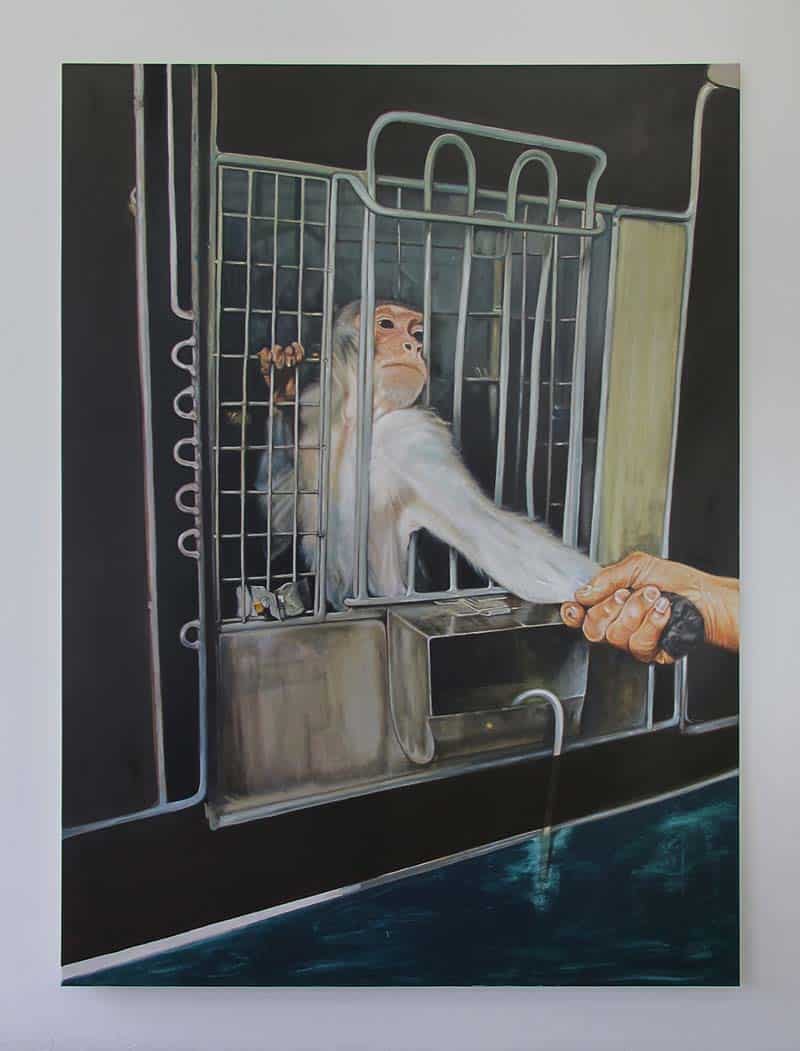