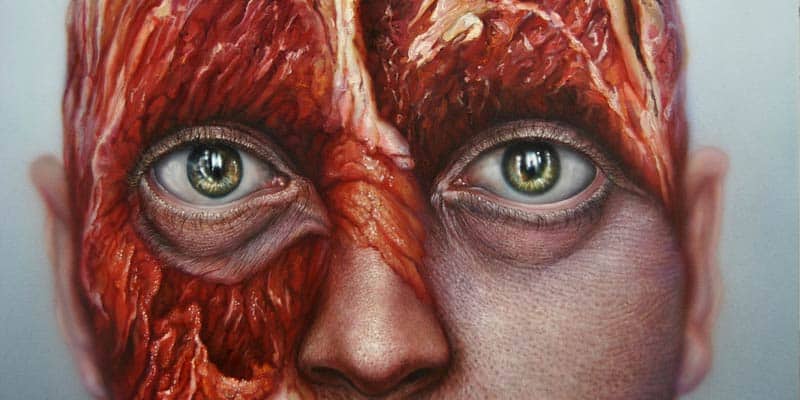 Miguel Scheroff (b. 1988) is a hyperrealist oil painter based out of Jaén, Spain. He is known for his large-scale works that seamlessly blend reality and fiction in a blur of hyperrealism, macabre and the grotesque. 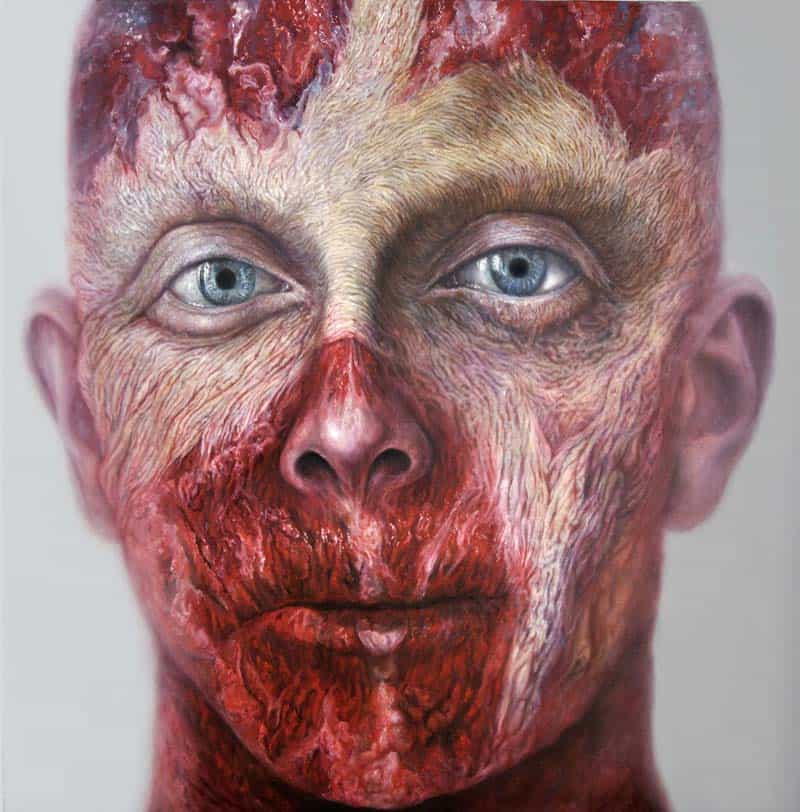 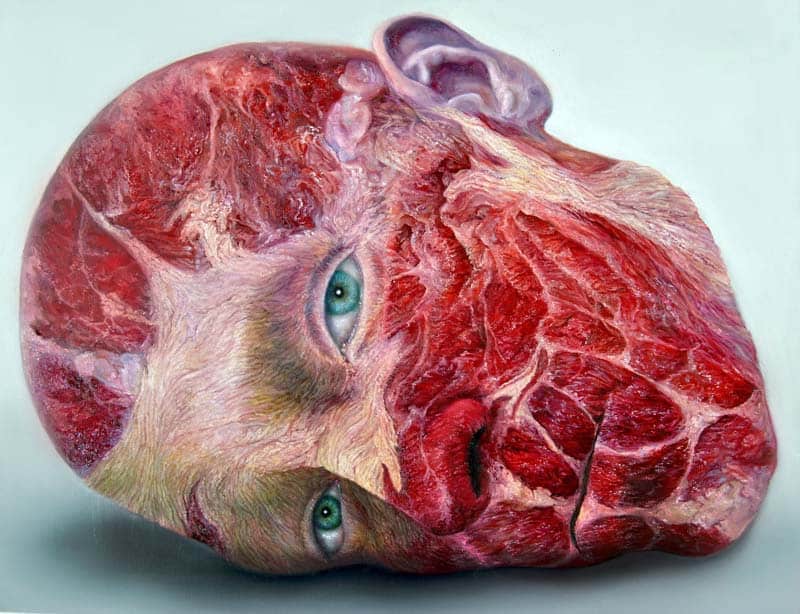 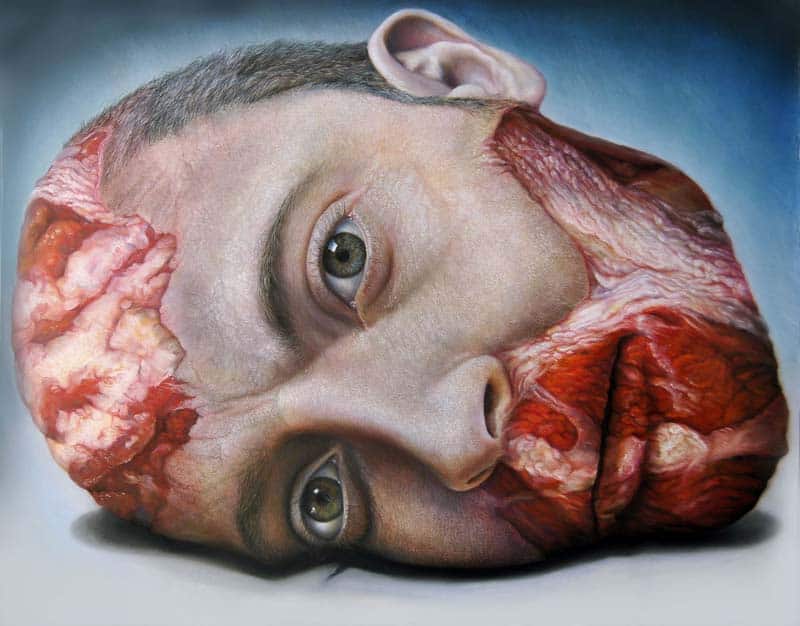 Miguel aims to create artwork that completes the link between photography and painting. His portrayal of faces with flesh appearing to be peeled off acts as a critique of our superficial modern society. In a sense, it tells the viewer that though we are appear to be more than our skin, we are all the same underneath – just meat and nothing more. 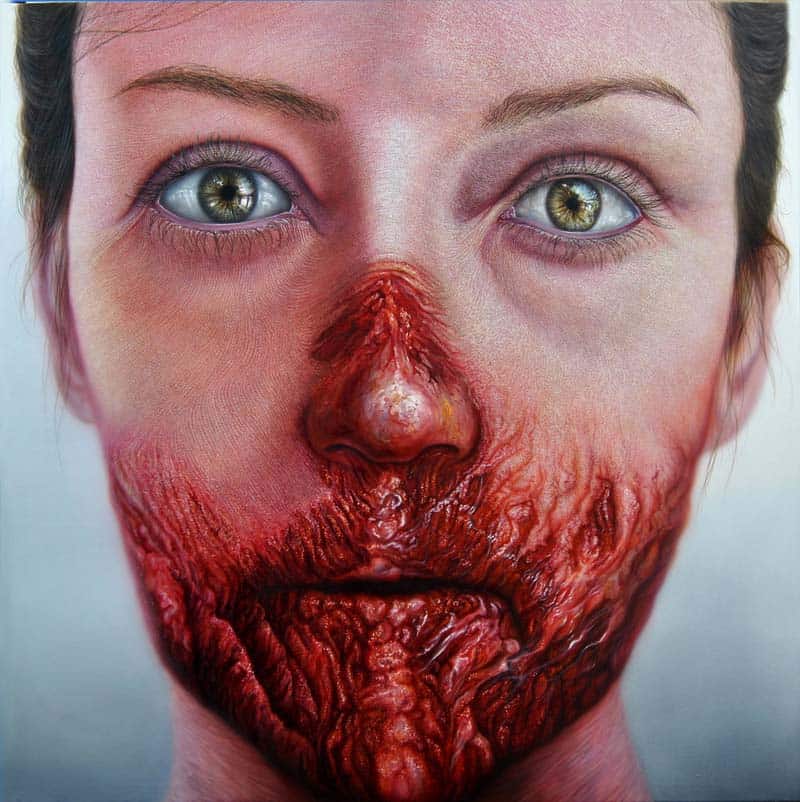 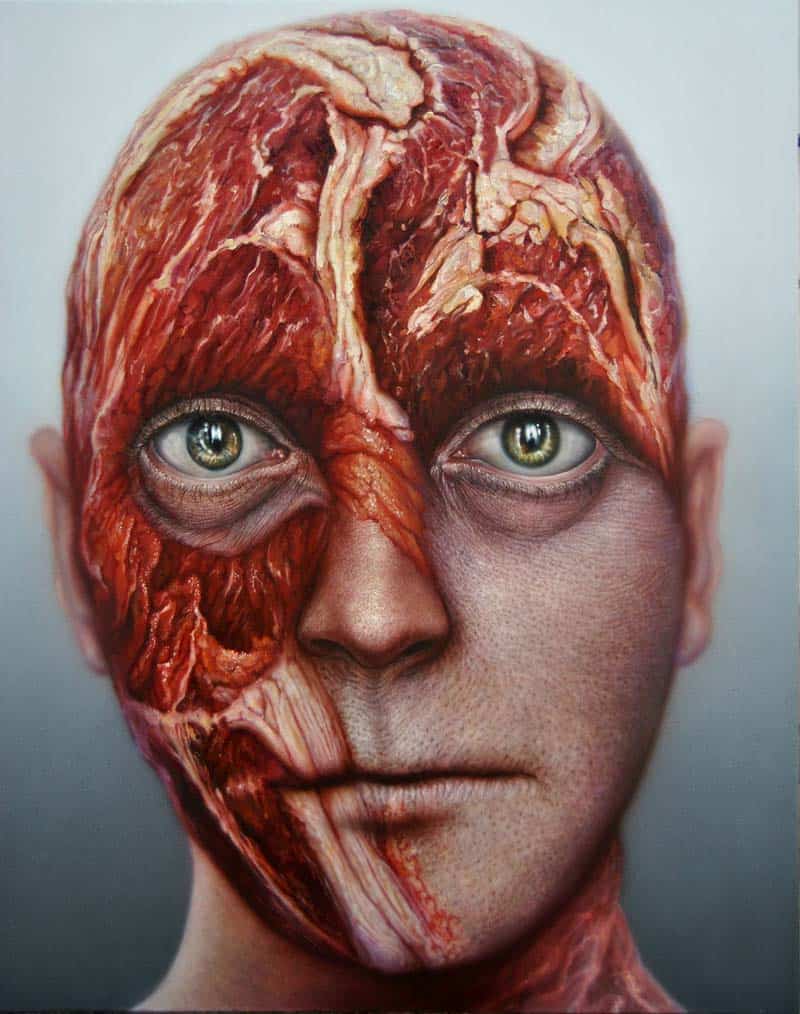 “My works consist of big format portraits developed through painting or drawing but supported by digital photography, new technologies and mass media which have become new information sources for art creatives.

Any kind of texture, framework, that look like skin, hair, or organic material can be found and re-contextualize in these artworks. These elements allude to psychological issues or context facets of the portrayed person.” 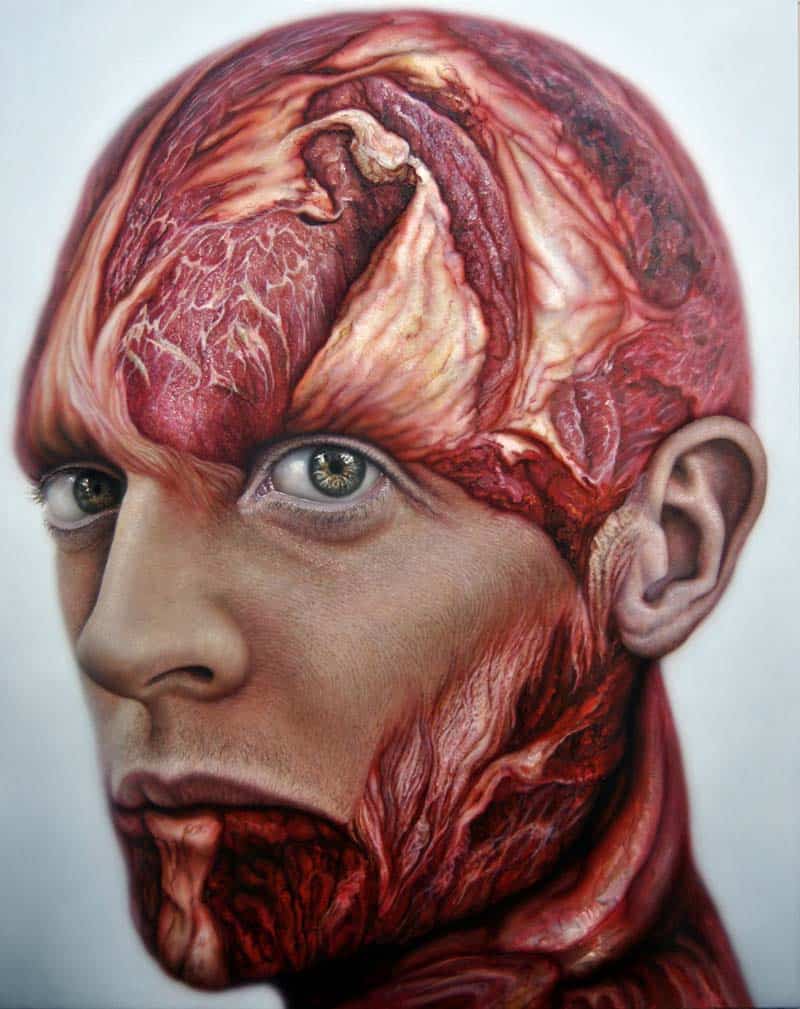 “By multiplying, or excessive de-contextualizing details, and mixing-up different organic concepts and images, this kind of portraits give more precise or imaginary information than obtained from the real nature used as model for those artworks.” 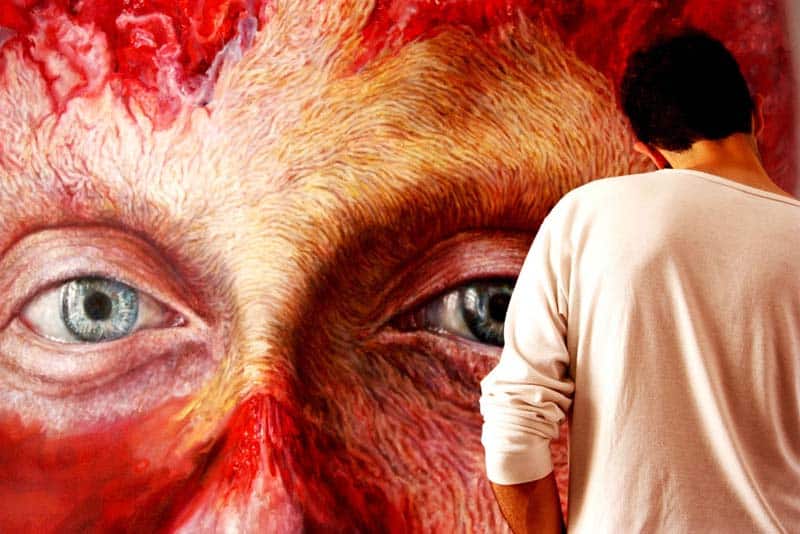 “Through this research, technical, esthetic and conceptual contributions present in this kind of portraits will be specified and put in to own practice.” – Miguel Scheroff for Juxtapoz Magazine 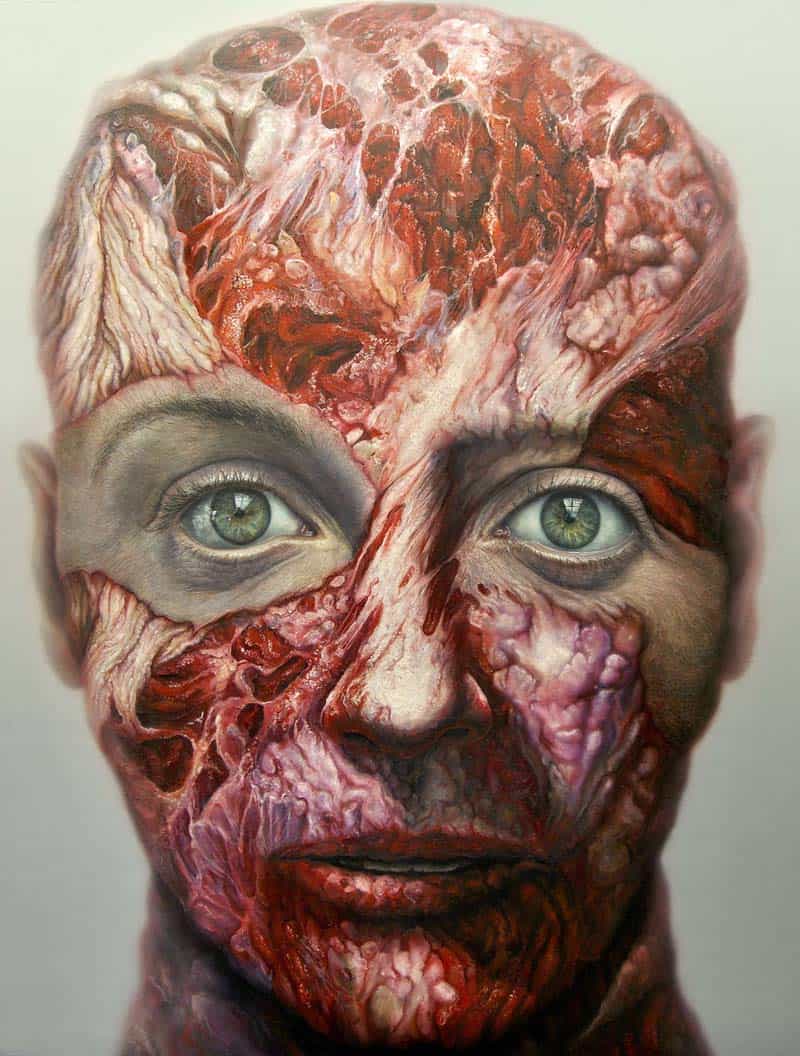 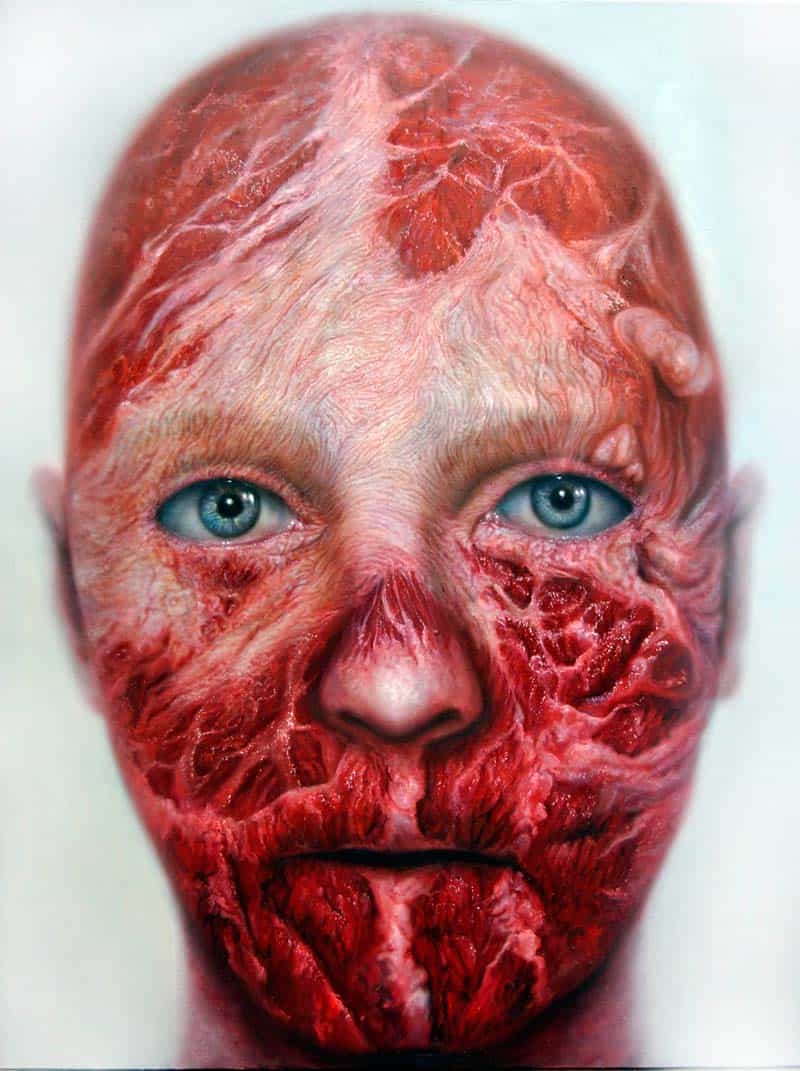