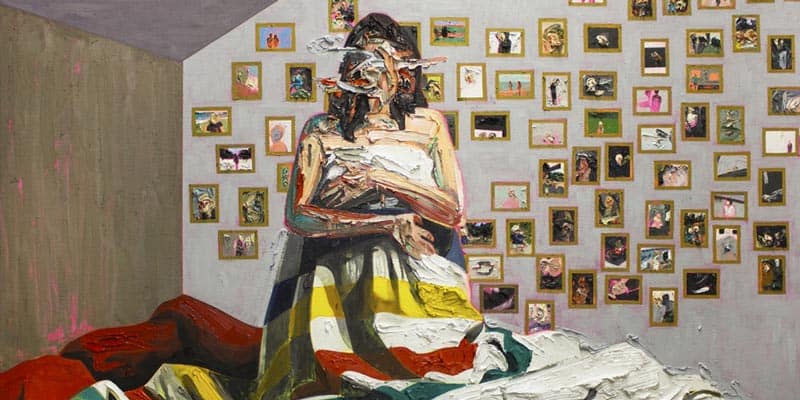 Born in Wainwright, Alberta in 1974, Kim Dorland is an internationally recognized contemporary artist that has appeared in numerous publications including Canadian Art, Border Crossings, and The Dance Current.

He received his BFA from Vancouver’s Emily Carr Institute of Art and Design. Kim later earned his Master of Fine Arts from Toronto’s York University. 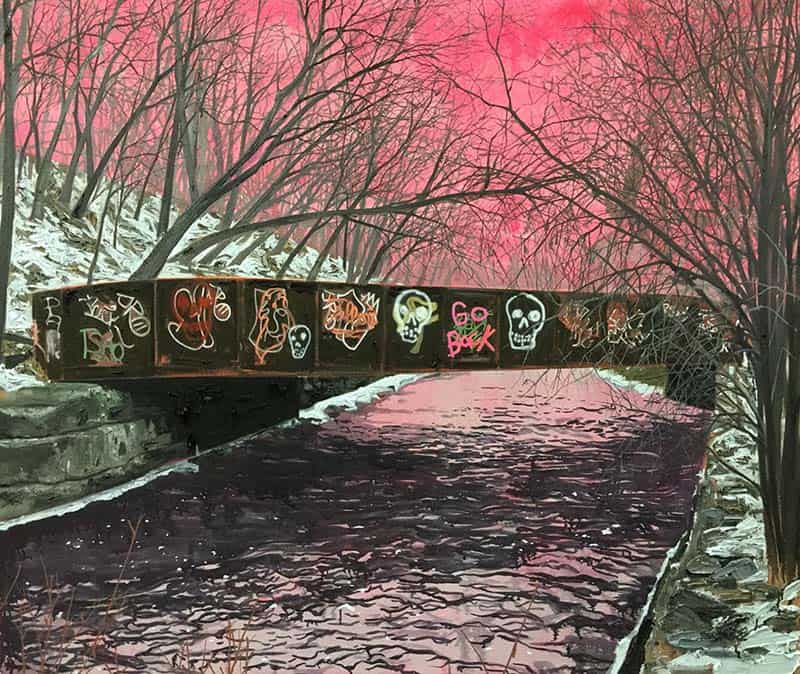 He has exhibited extensively overseas, including shows in Los Angeles, New York Chicago, Milan and Vancouver. Kim’s works have also been reviewed in the New York Times and the Los Angles Times.

Meanwhile, Dorland’s pieces have permanent homes in some of the most prestigious public and private collections across North America, including the Blanton Museum of Art at the University of Texas, Musée d’art contemporain, Montréal and Neumann Family Collection, New York. 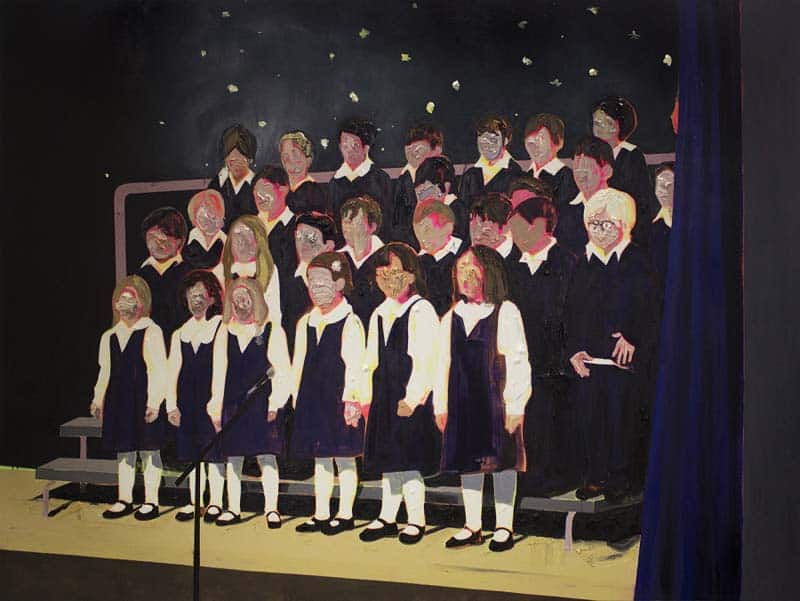 Impasto is a technique where paint is heavily applied on the canvas, usually in amounts so thick that the brush or paint-knife strokes are clearly visible. This technique also allows the mixing of paint directly on the canvas. Renowned painters known for this sometimes abstract style include Vincent van Gogh, Jackson Pollock and Willem de Kooning. 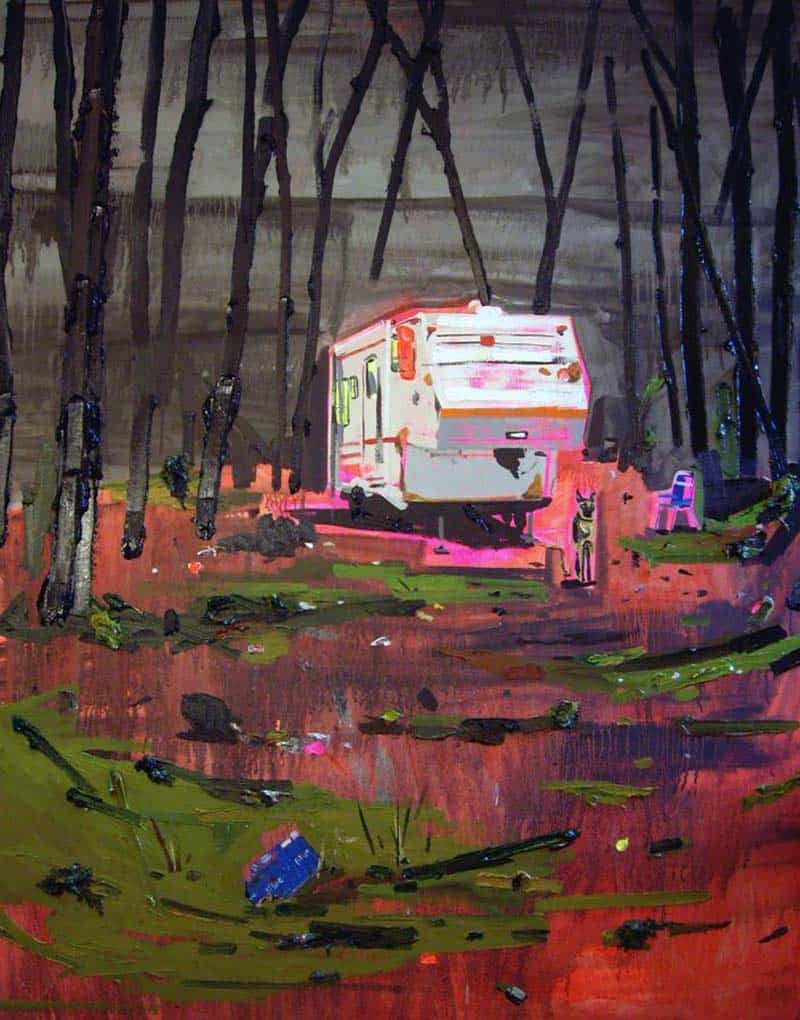 Dorland is known for landscape and portrait paintings of himself and family. In his work, the artist often blends themes of his childhood and the current state of our natural environment.

His paintings are a subtle mix of stillness and bold strokes. Dorland builds these images with thickly applied oil paint that he sometimes combines with mixed objects such as glass, wood, string and feathers. 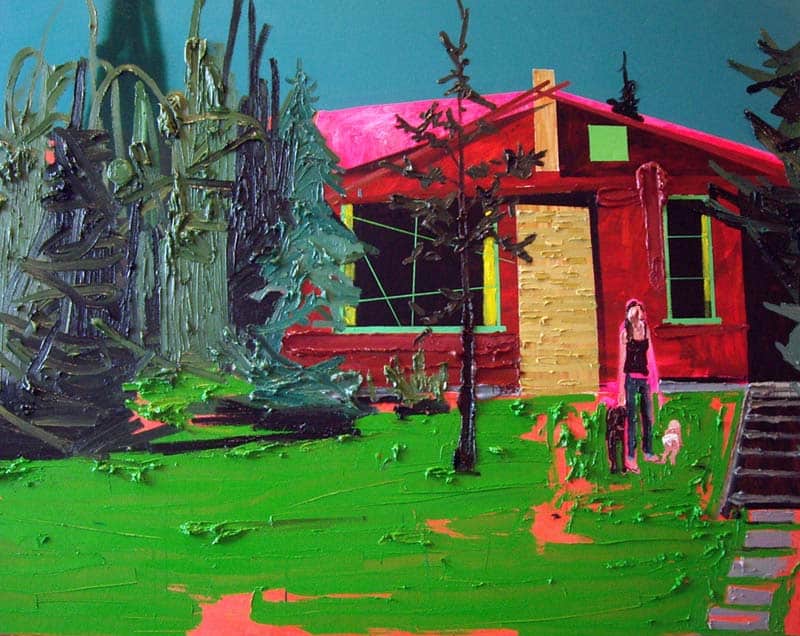 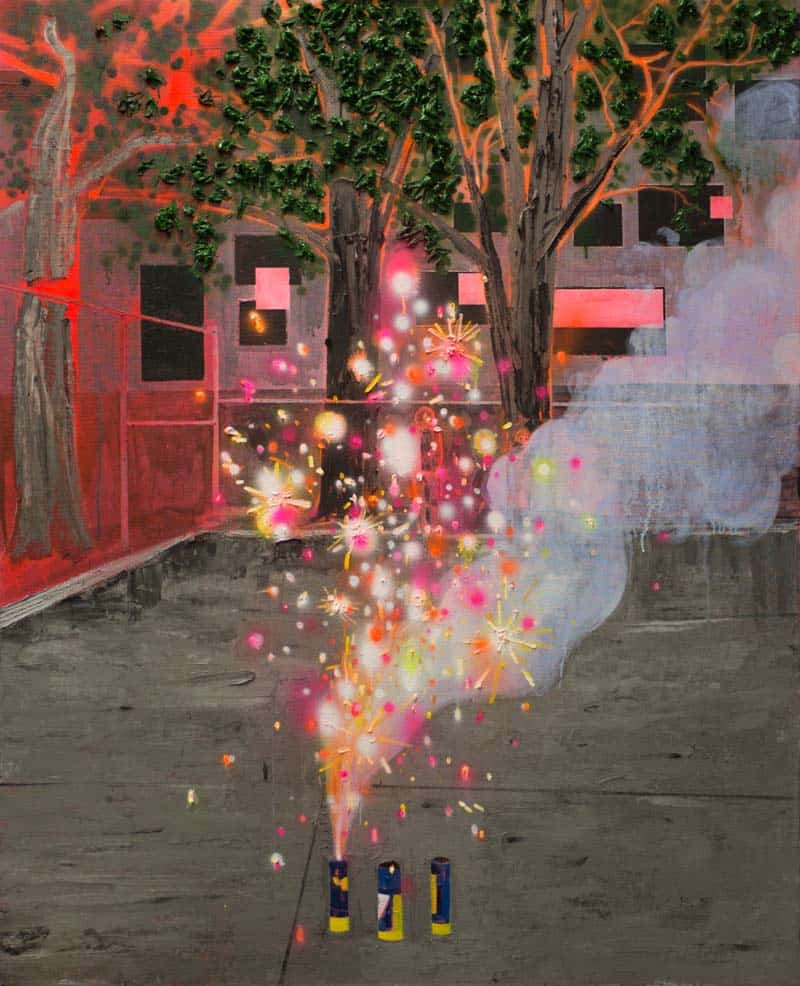 Some common subjects in his artworks include wooded landscapes, trailer homes, outdoor parties and flora and fauna typical to the Canadian wilderness. 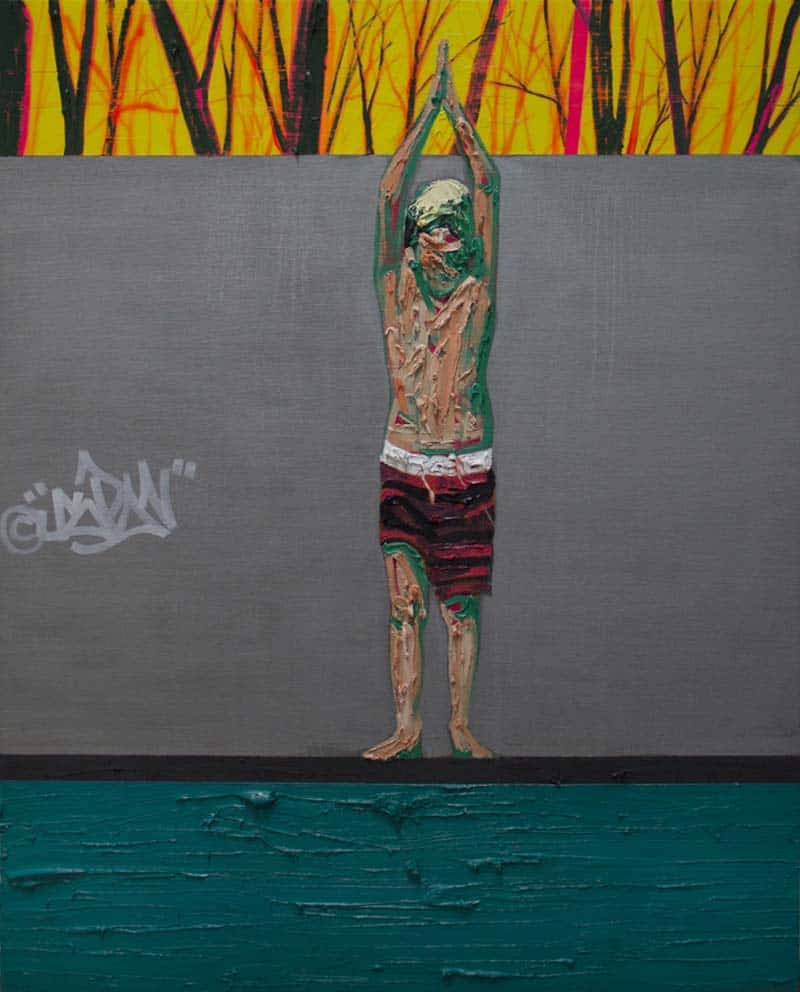 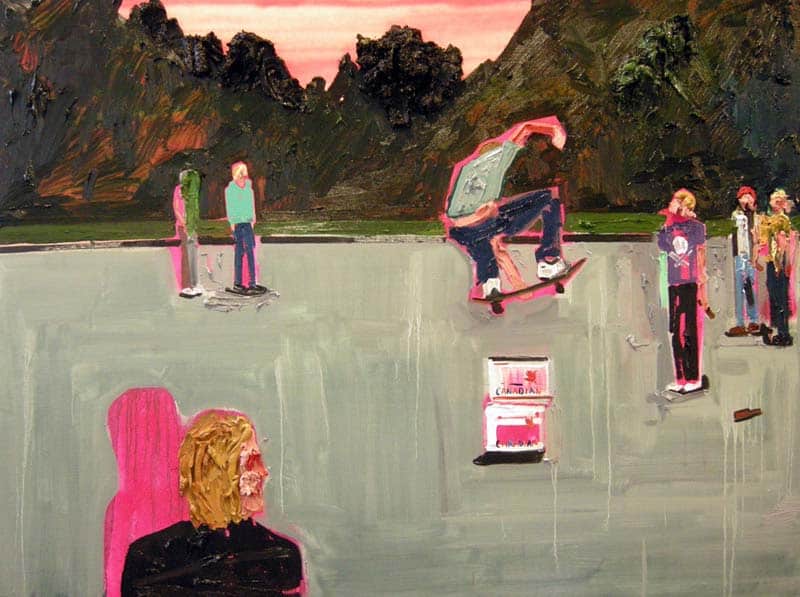 Kim Dorland is currently based in Toronto, Canada.