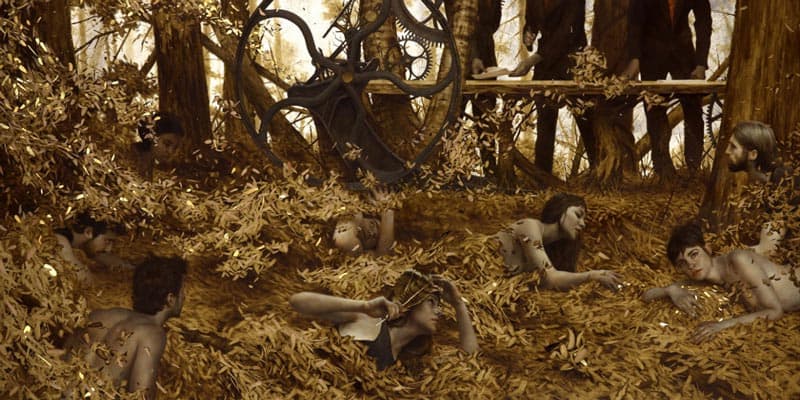 Figurative painter Brad Kunkle was born in Leighton, Pennsylvania in 1978. He is now based in Brooklyn, New York.

Brad’s work is a blend of conceptual art and impeccable technical skills. He produces works that tell secret, complex stories in a mood that is influenced by his use of overcast lighting and a nearly monochromatic color scheme. He merges realism, fantasy and psychological depth. 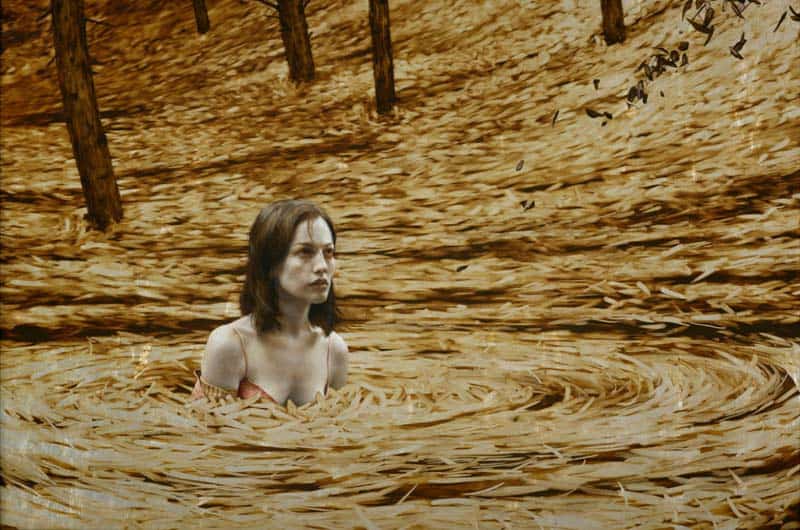 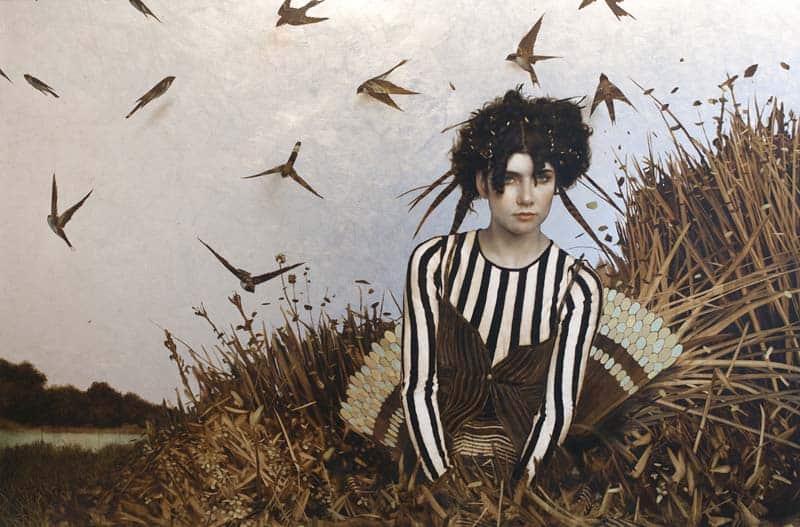 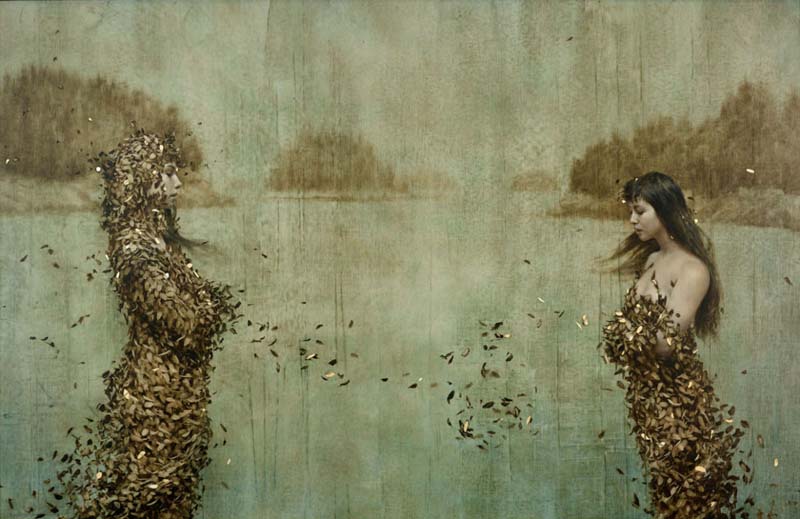 The subjects of his work are almost exclusively female and are often featured in mysterious yet powerful poses. Like Gustav Klimt, Brad is also known for his use of gold leaf, which creates a beautifully rich and decadent ambience. This technique brings out the drama in his compositions and makes the women in his pieces appear radiant and celestial. 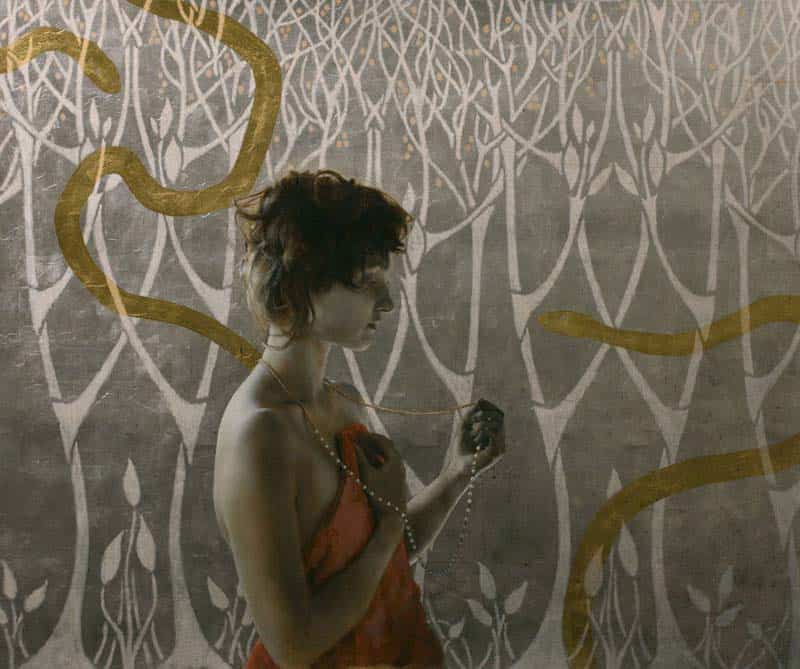 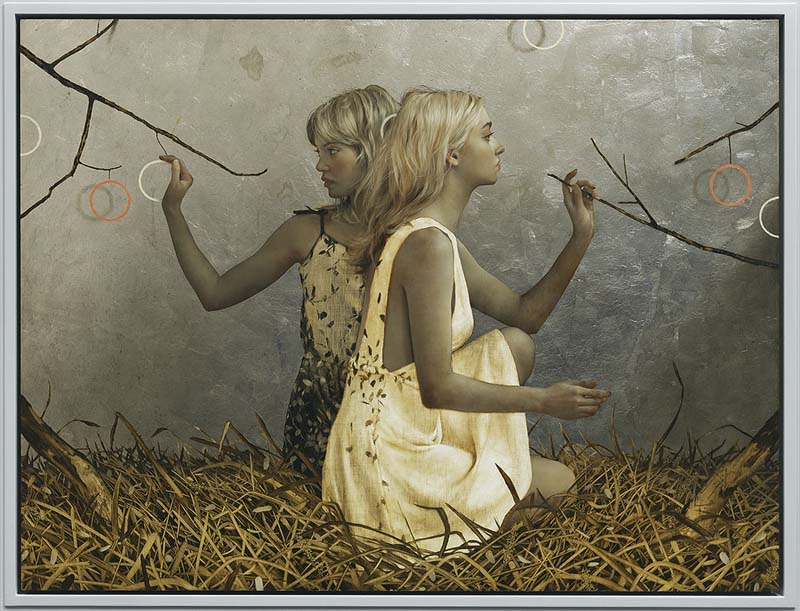 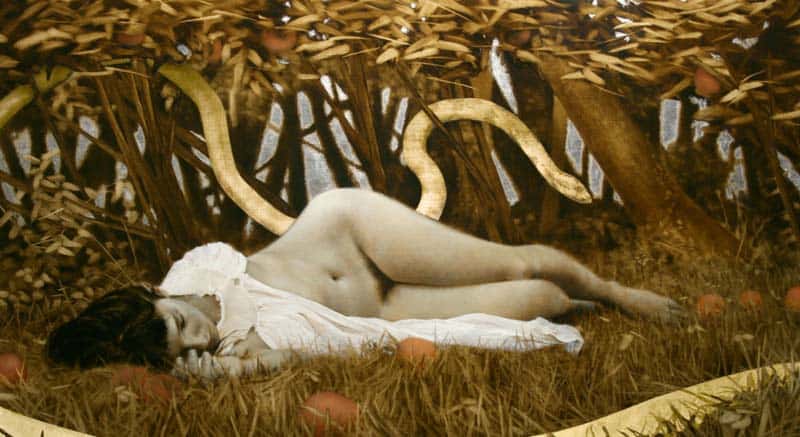 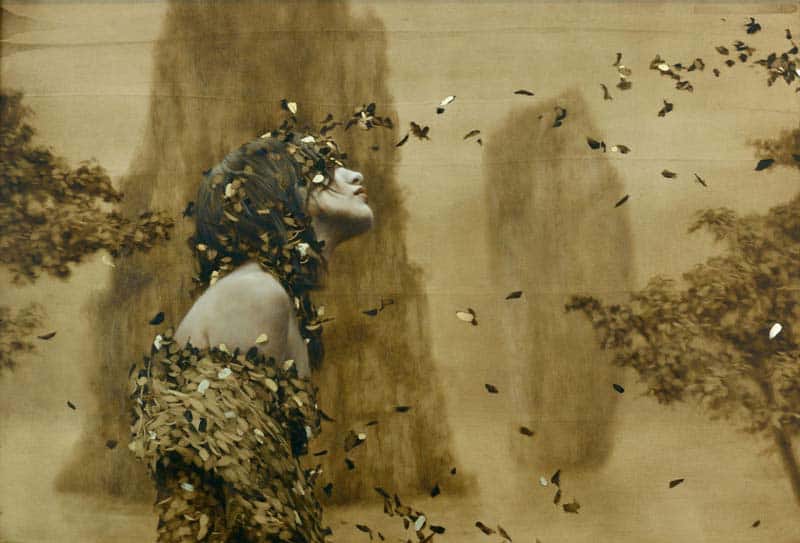 His works are considered to be Symbolist and Surrealist in style, rather than Realist. Though there are elements of Realism in his works. 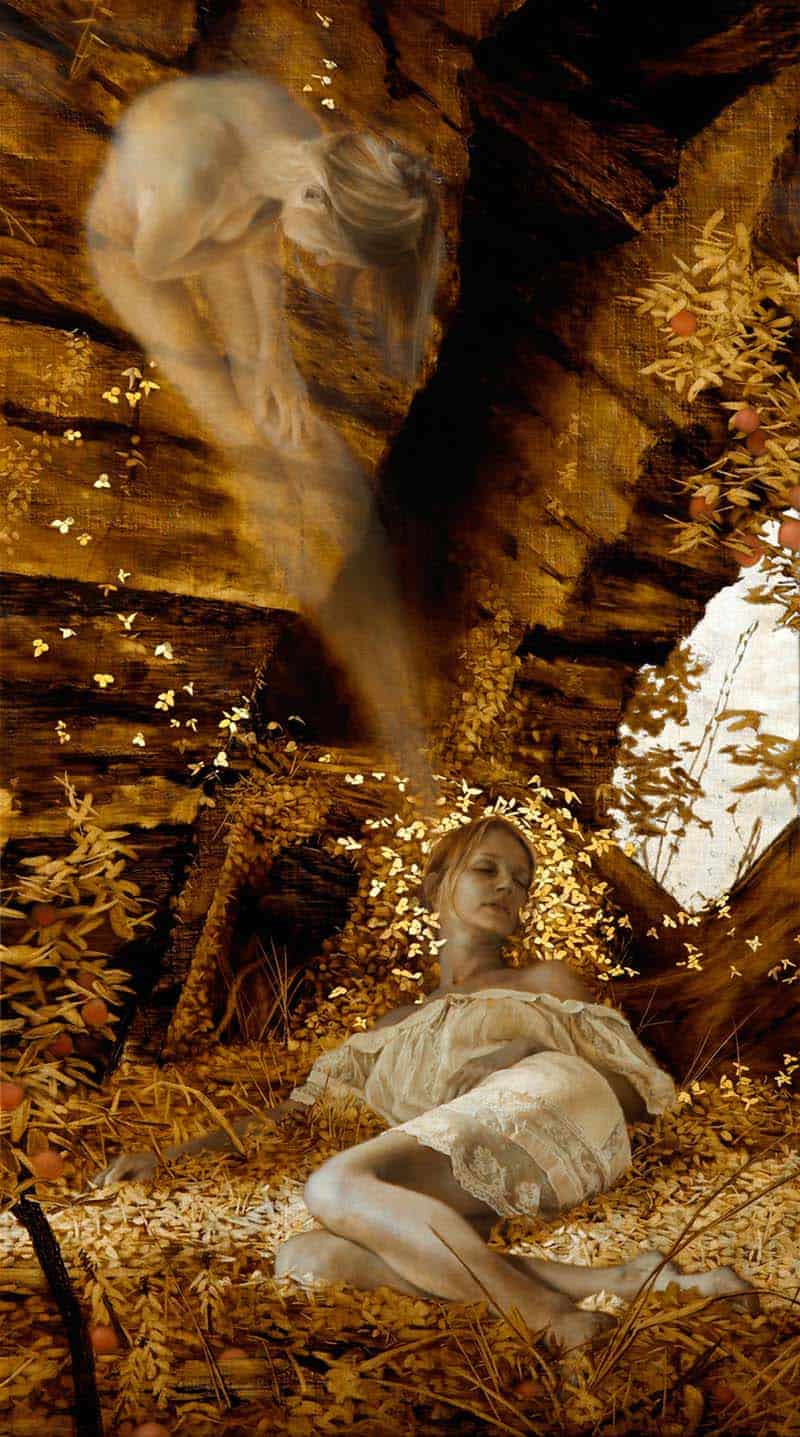 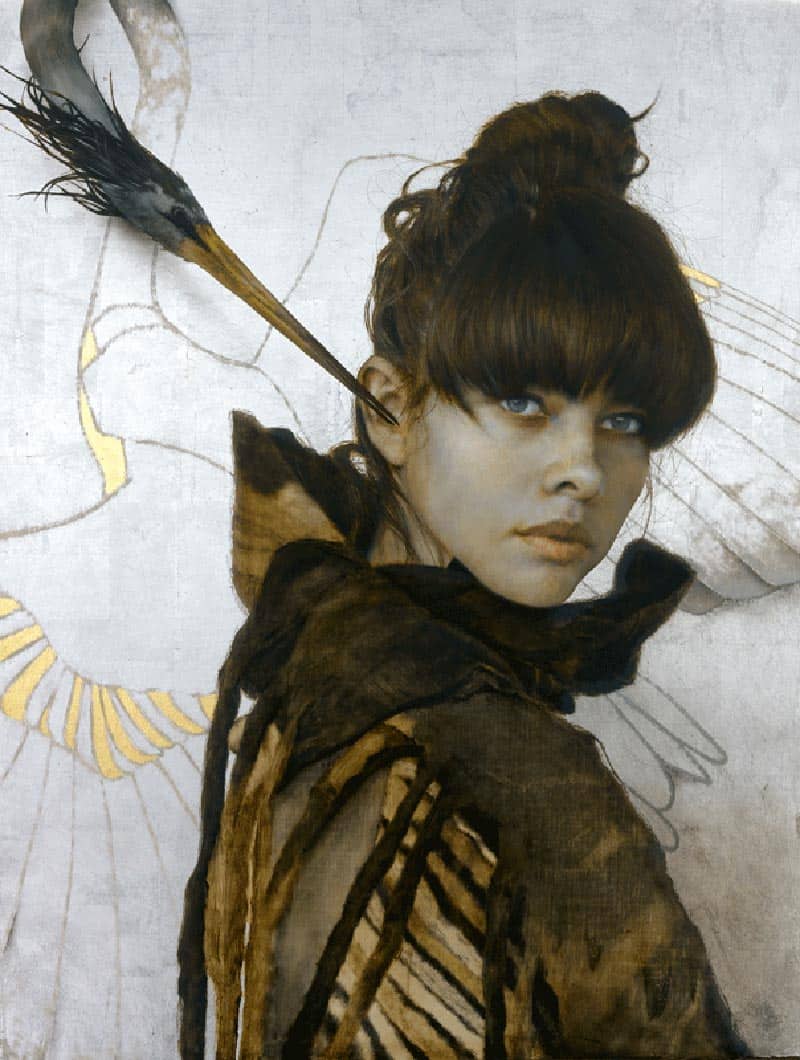 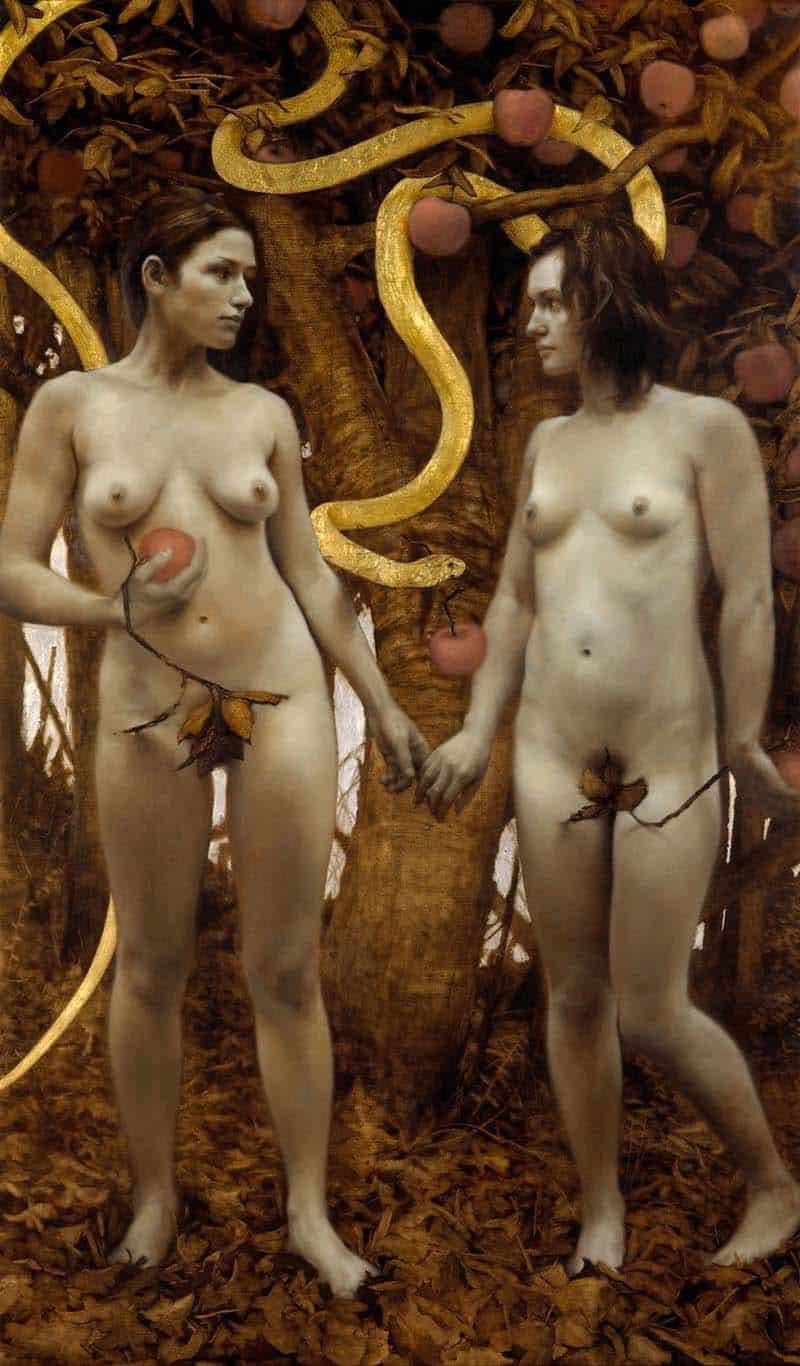 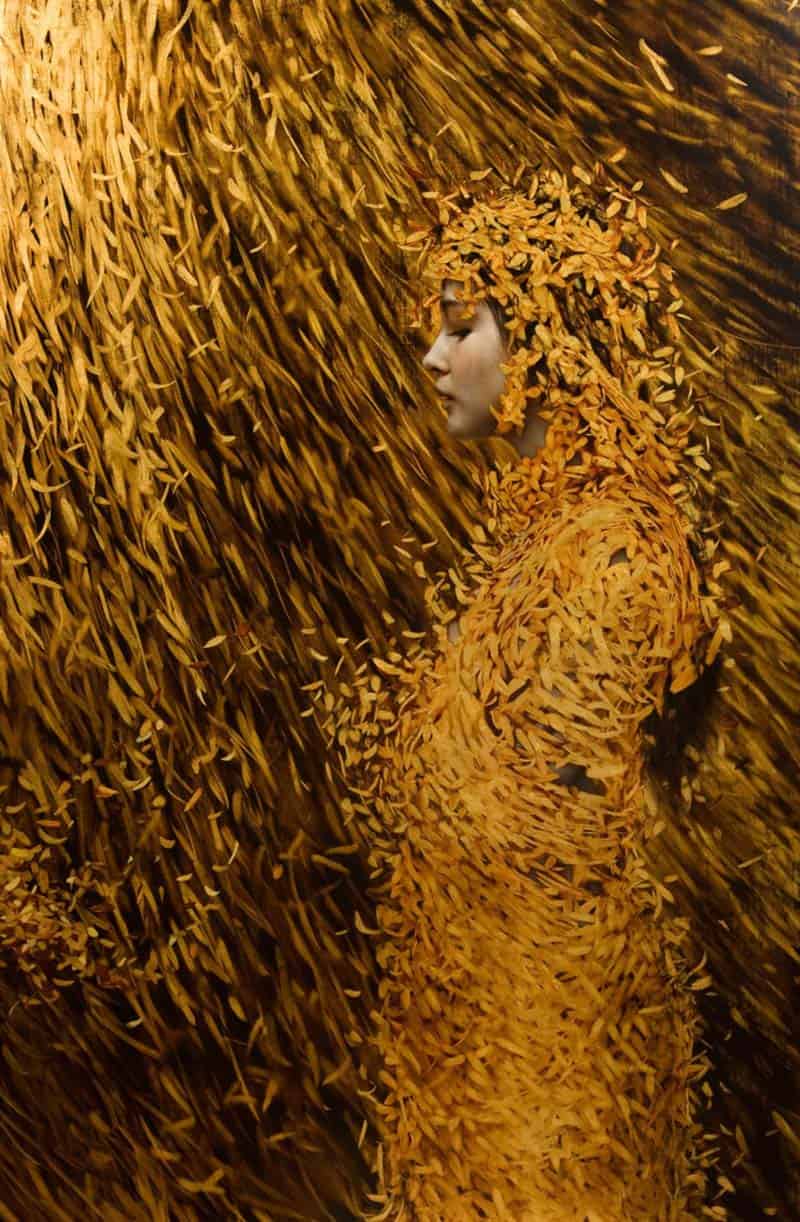 “When I gild a sky in a painting, the reflected light on the leaf is a direct connection to the passing of time of light in the viewer’s reality.” — Brad Kunkle 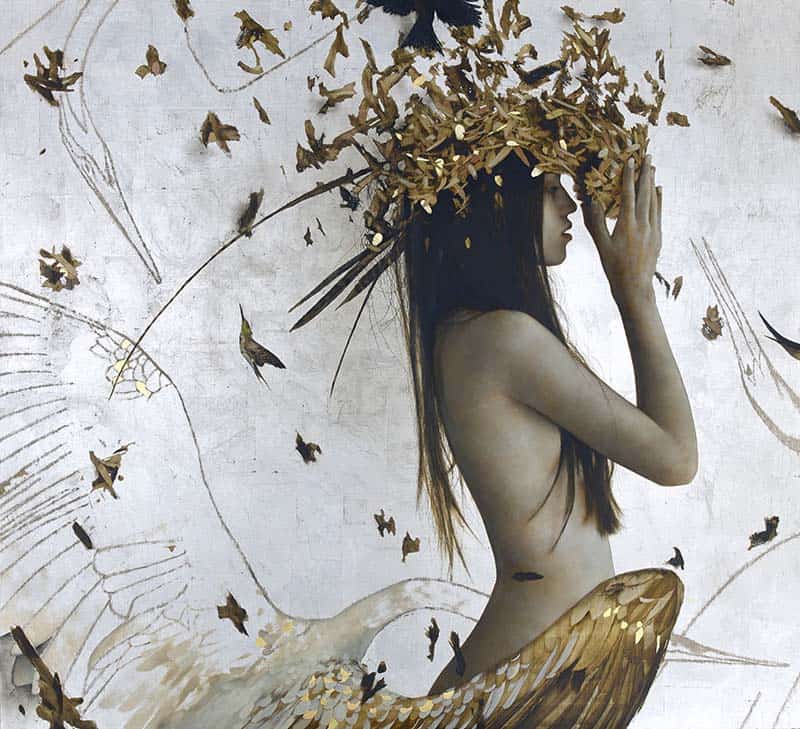 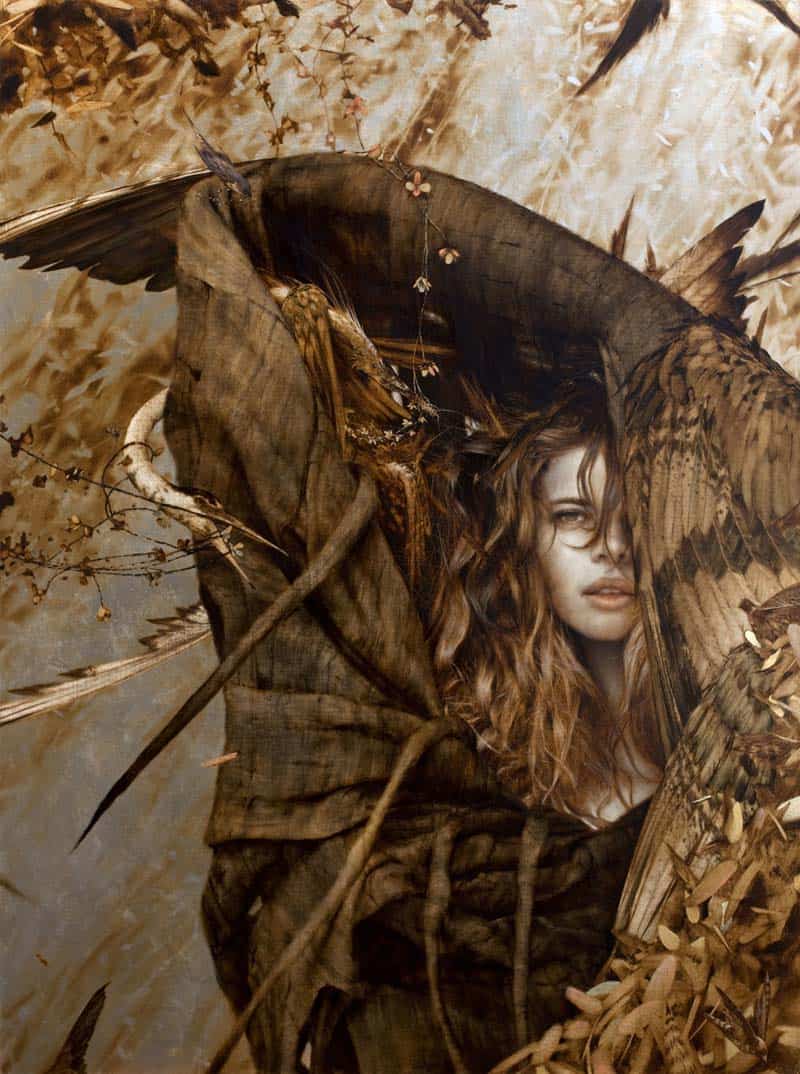 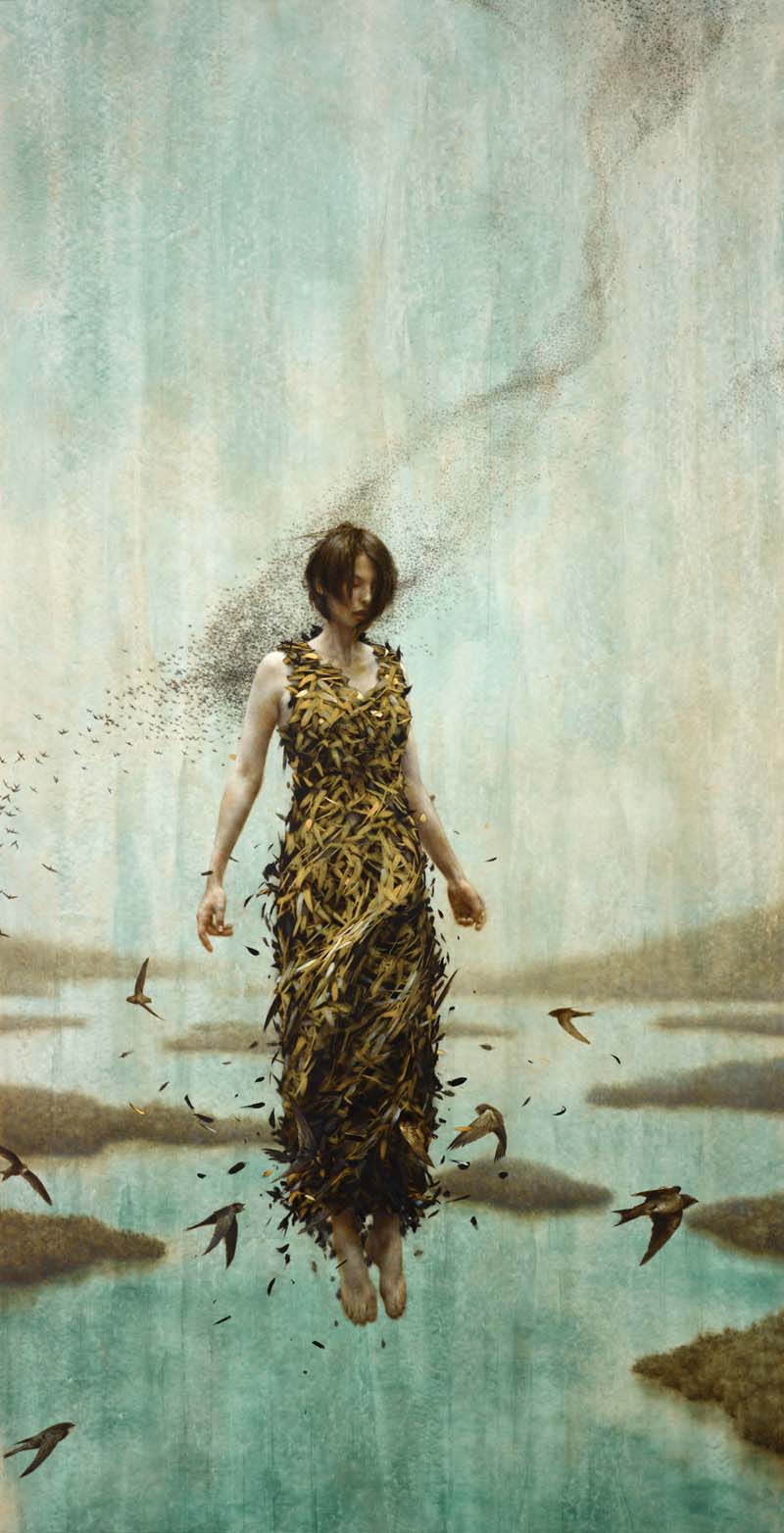 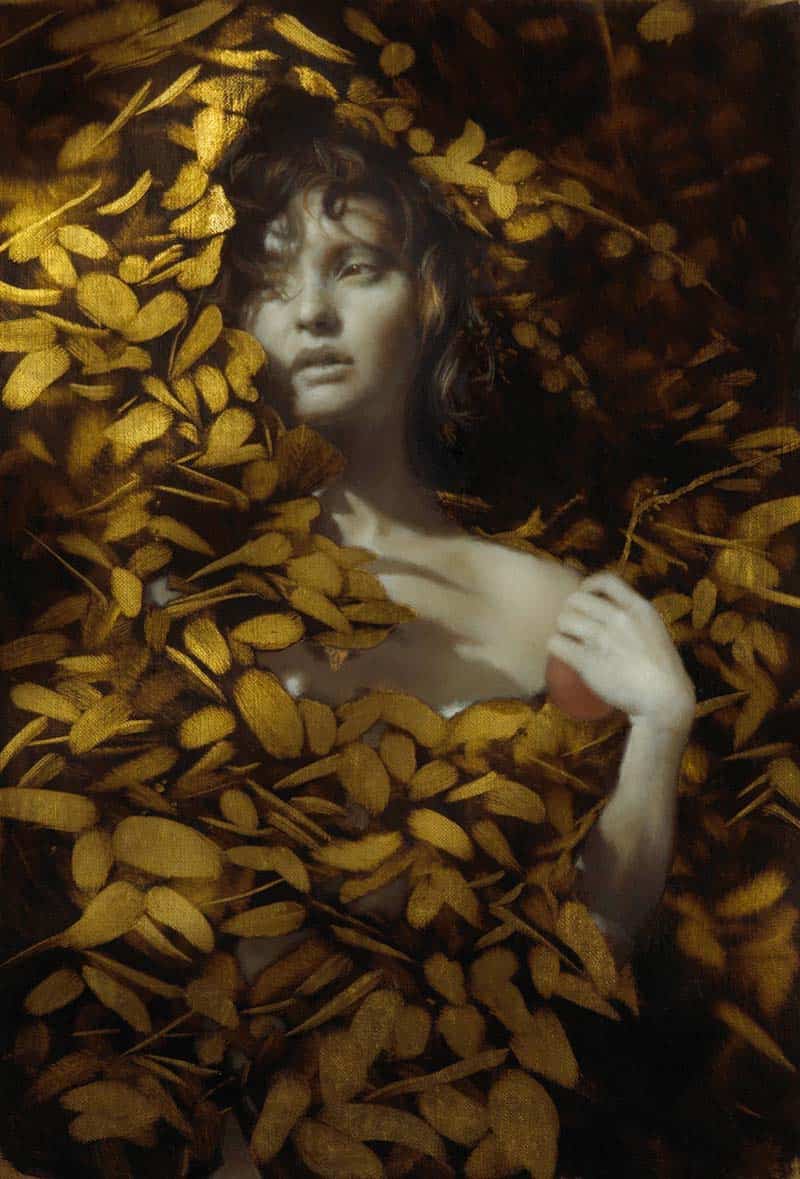 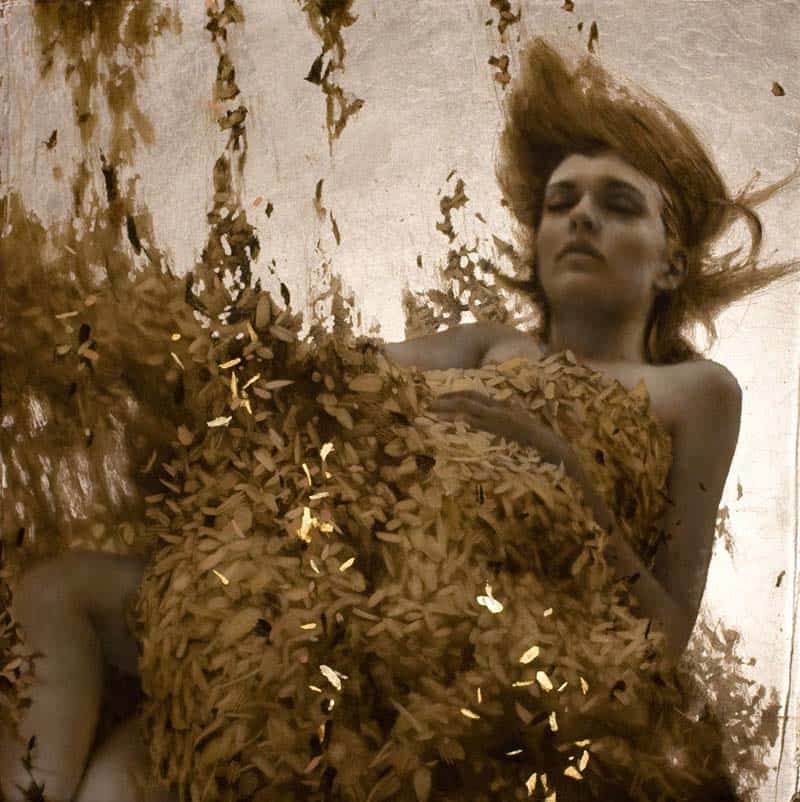 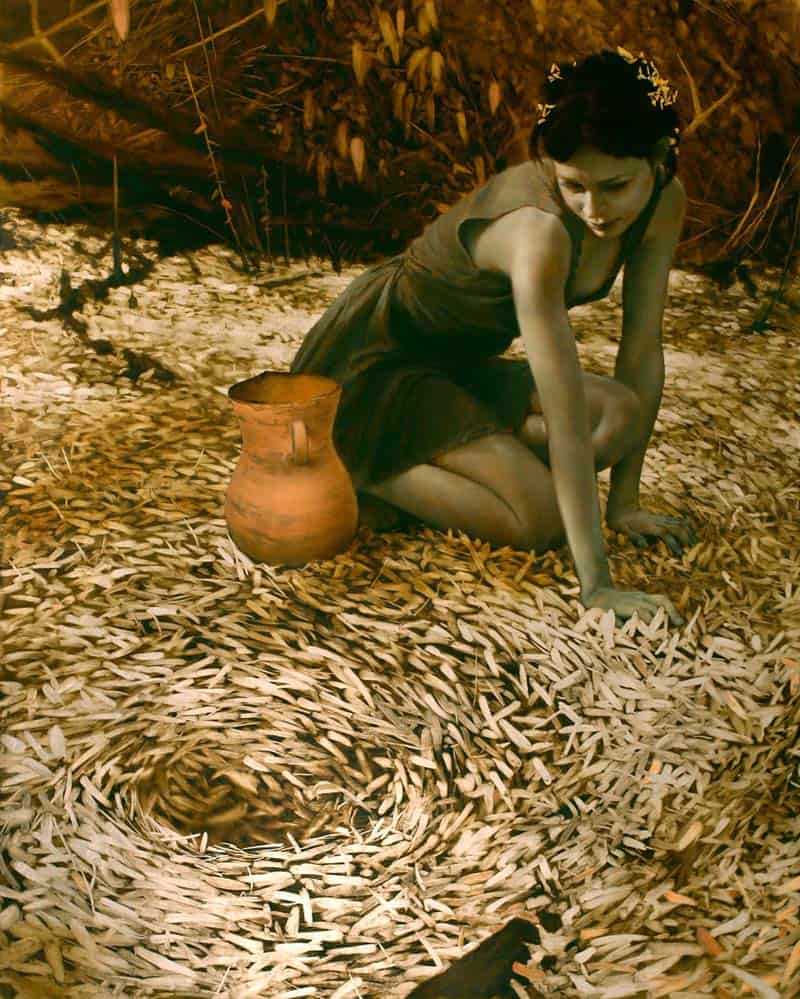 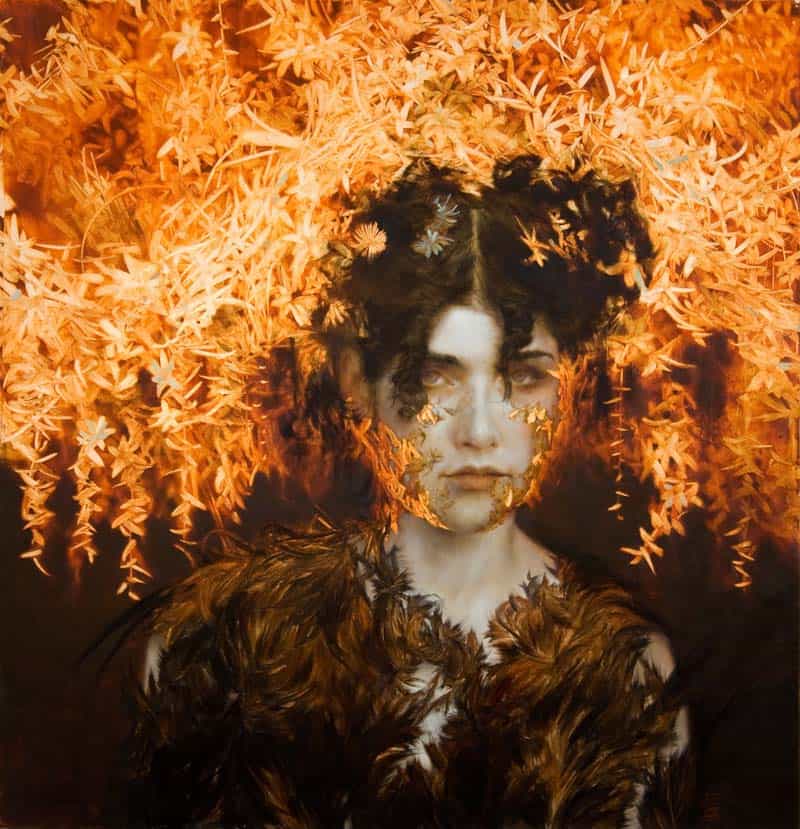 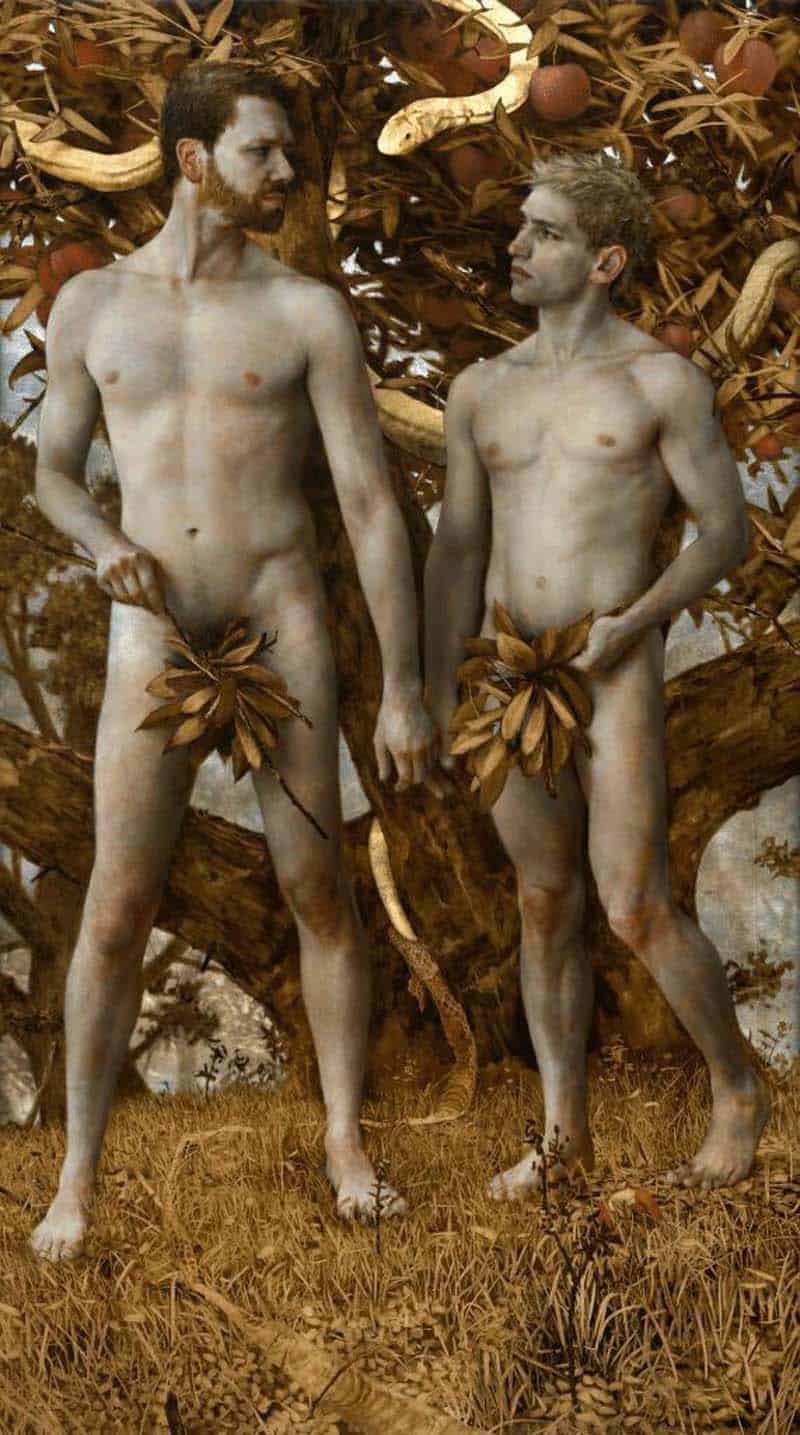