Calm Down: The Banksy Arrest is a Hoax

Banksy has not faced arrest, despite a report stating the reverse. Here are a few reasons why Banksy arrest is completely a hoax. 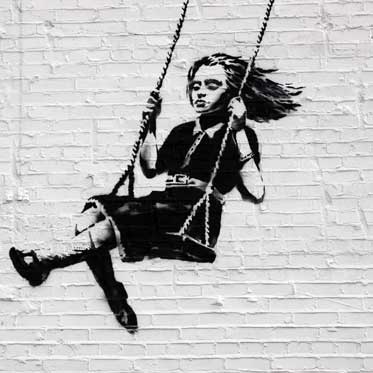 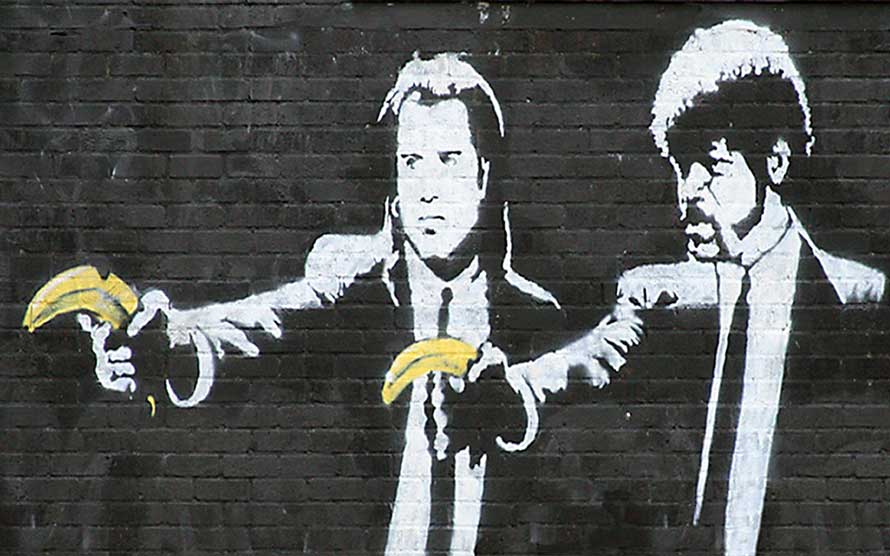 Banksy has not faced arrest, despite a report stating the reverse. Jo Brooks, the publicist of the famous street artist, has said to The Independent that the arrest is actually a hoax. Nevertheless, the internet has been duped by the joke and Banksy’s name is fast trending on social media websites such as Twitter.

A false story which was published in the US website National Report suggested that the identity of the British street artist had been finally revealed and he has been arrested by the Metropolitan Police, London and is being detained without bail, being accused of conspiracy, counterfeiting, vandalism and racketeering.

Banksy is a UK-based political activist, painter, film director and graffiti artist. However, Banksy is not his real name. Known for his subversive epigrams and sardonic street art, Banksy combines dark humor with graffiti carried out in a characteristic stenciling technique. These artistic works of social and political commentary have been represented on the walls, bridges and streets throughout the world.

Banksy’s work was made of the underground scene in Bristol involving collaborations with musicians and artists. In the book by graphic designer and writer Tristan Manco, Home Sweet Home, Banksy was born in the year 1974 and brought up in Bristol. His father was a photocopier technician, and Banksy trained to be a butcher, although he got engaged in graffiti during the late 1980s great Bristol aerosol boom. Stylistically, he is similar to Blek le Rat who started working with stencils in Paris in 1981. Banksy claims he was inspired by 3D, a graffiti artist who went on to establish Massive Attack.

Banksy derides the government for labeling graffiti as vandalism and he displays his art on visible surfaces such as walls. He even goes to the extent of building physical prop pieces. Although he does not sell reproductions or photographs of his street art, auctioneers have been known to attempt selling his street art on location and leave the issue of removing it in the responsibility of the winning bidder. Banksy’s first movie, Exit through the Gift Shop, is known as the first street art disaster movie. It debuted at the Sundance Film Festival in 2010.

The film was released in March 2010. In January the next year, he was nominated for the Academy Award as the Best Documentary for the movie. He received the award for the Person of the Year at the Webby Awards 2014. 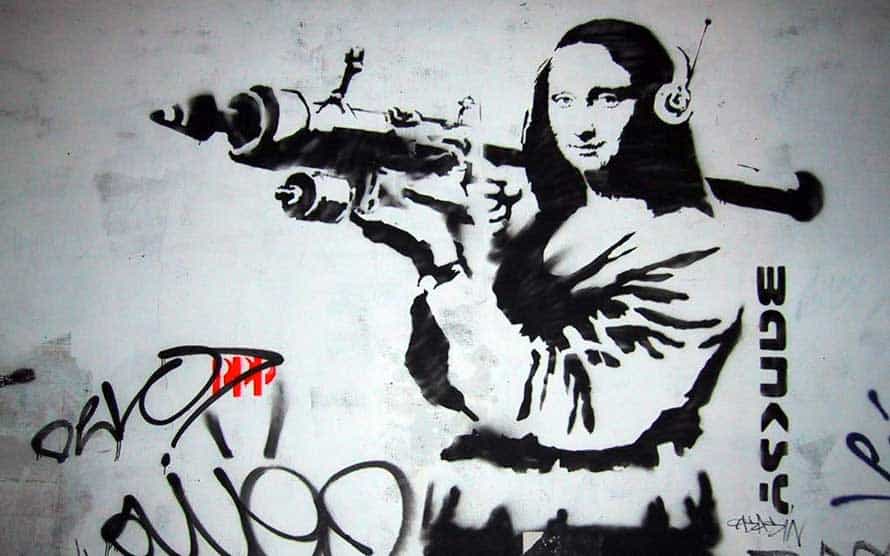 Calm Down: Banksy Hasn’t Been Arrested

Lately, there has been an article circulating on Twitter claiming that Banksy has been arrested by the police. The feature on the news website National Report mentions that Banksy was arrested near Watford after he was tracked by a round the clock anti-graffiti taskforce. It should be said here that these stories tend to crop up every time and claim to reveal the true personality of the rebellious graffiti artist, but this piece of news is absolutely ludicrous. A video has also been produced by the National Report claiming to prove the arrest of the graffiti art personality.

Here are a few reasons why Banksy arrest is completely a hoax: 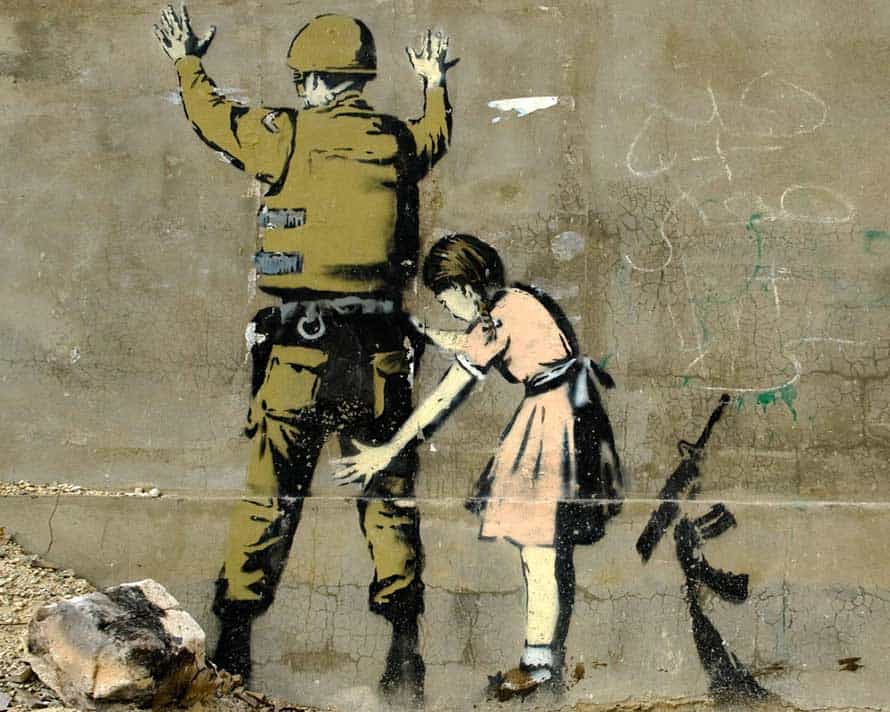 And As Banksy Continues to Elude …

The perpetrator behind the internet scuffle is yet to be found, but many online news agencies issuing corrections to rectify their hurried reporting. The lesson that is to be taken away from here is that Banksy is an unstoppable natural force and he or his work should never be underestimated in any way, not even thought of having a bland name like Paul.

However, if there is anything that eludes, it will continue eluding us and we should instead focus more on collecting information rather than jumping at such easy baits. While people are mulling on this splitting scandal, Twitter was livid with a roundup with highly entertaining responses to the Banksygate 2013. Coming to some real news, the British neighborhood actually wants the Banksy artwork back.

The artist’s real identity has been a secret ever since the emergence of his work in 1992, although several hoaxes have come up, claiming to expose the true identity of the person. For all those who thought that he was arrested, the artist revealed his masterpiece to the world on his website on a Bristol wall with his adaptation of ‘Girl with a Pearl Earring’ by Johannes Vermeer, the Dutch artist.

Banksy is still safe for now, and this puts all rumors at rest, for the moment, at least. The real identity of the artist has been a closely guarded secret. Initially, it was suggested that his real name was Robin Banks, an erstwhile butcher. Of late, people have started believing that he could be Robin Gunningham, who had a middle class upbringing in Bristol. In a rare interview, he was elaborated as somewhere between the likes of Mike Skinner, the British rap musician and Jimmy Nail. Banksy has made a statement that according to his parents he is a decorator and a painter. 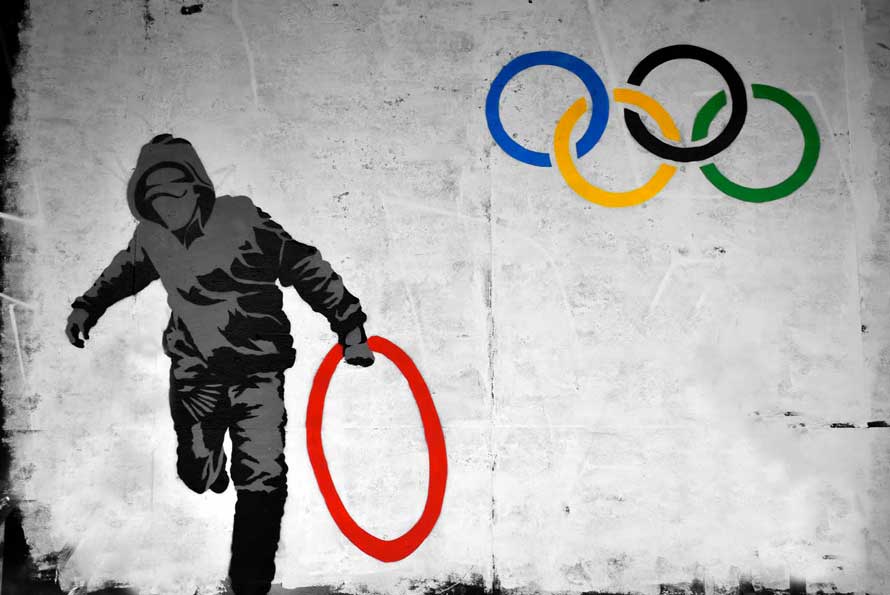