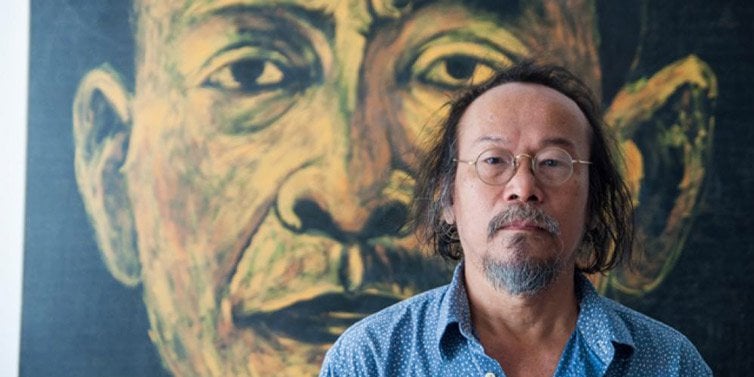 A veritable force in the Thai art world, Vasan Sitthiket made his name with thought-provoking paintings that highlight power struggles within Thailand and undermine the policies of capitalist western powers.

Here are 10 things that you should know about Thailand’s most famous activist-artist.

1. Multi-talented in various media, Vasan’s works include paintings, drawings, prints and installations, though he has worked in several other fields including poetry, children’s books and political essays.

2. Is currently the only Thai artist to be housed in the Museum of Modern Art’s (MoMA) permanent collection in New York. 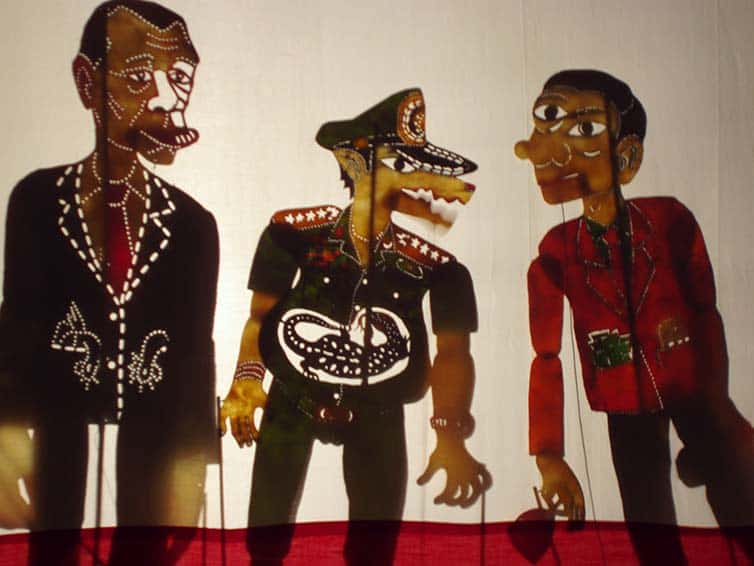 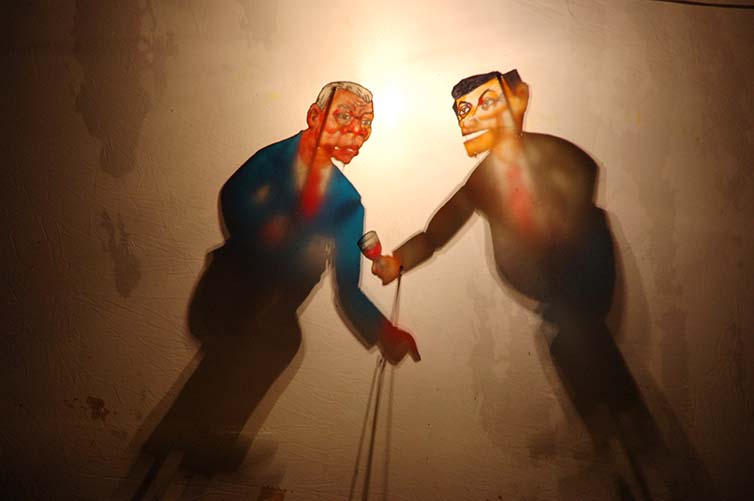 4. Was featured in the Thai Pavilion during the 50th Venice Biennale in 2003, alongside Montri Toemsombat and Manit Sriwanichpoom (of pink man with shopping cart fame).

5. He was a supporter of the People’s Alliance for Democracy (Yellow Shirts) and sometimes appeared at rallies to perform music and recite poems. 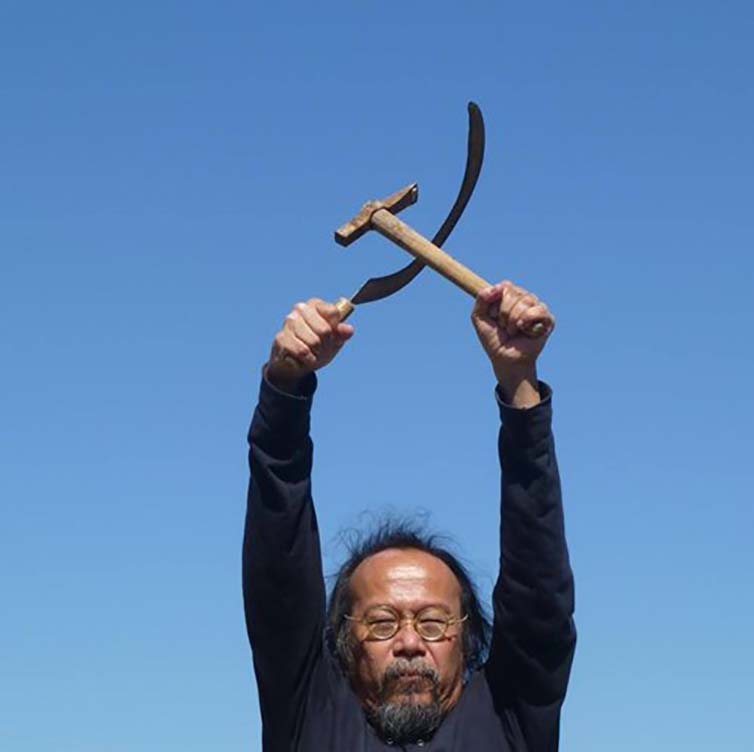 6. Is a fan of political revolutionaries such as Mao ZeDong and Che Guevara, “…I still need revolution…I don’t agree with vulgar, greedy capitalism, and I still dream for this world to be as one.” 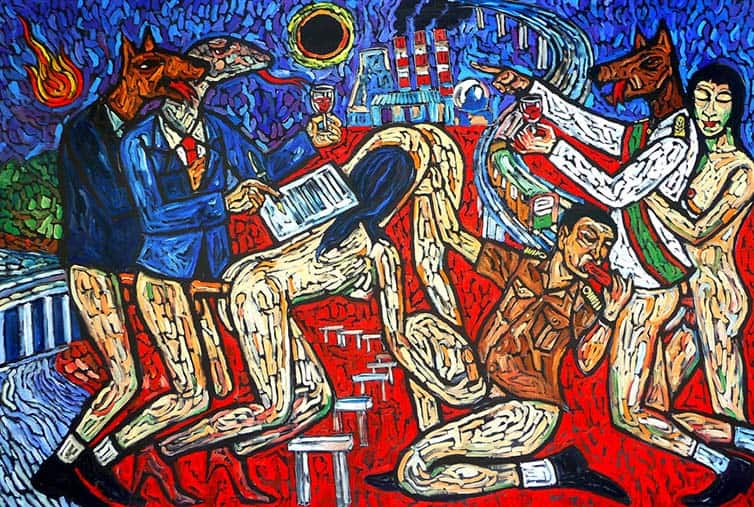 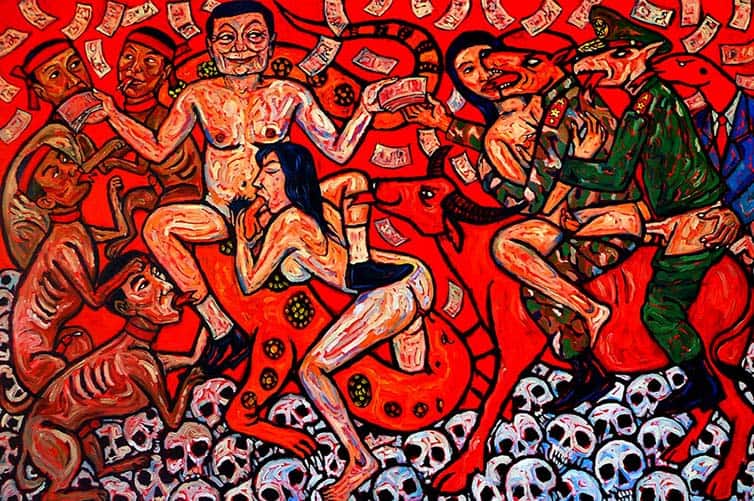 7. In 1992, Vasan received death threats and was condemned by forty-three Buddhist organizations after he created a large painting which included, among other things, a depiction of a Thai Buddhist monk raping a girl.

8. His works have a reputable following in the United States, where his confrontational paintings are perceived as fresh and bold but still face difficulty finding buyers. In the words of a US art dealer,”Try selling a painting of two wolves dressed as Uncle Sam with hard-ons, defecating. Not so easy.” 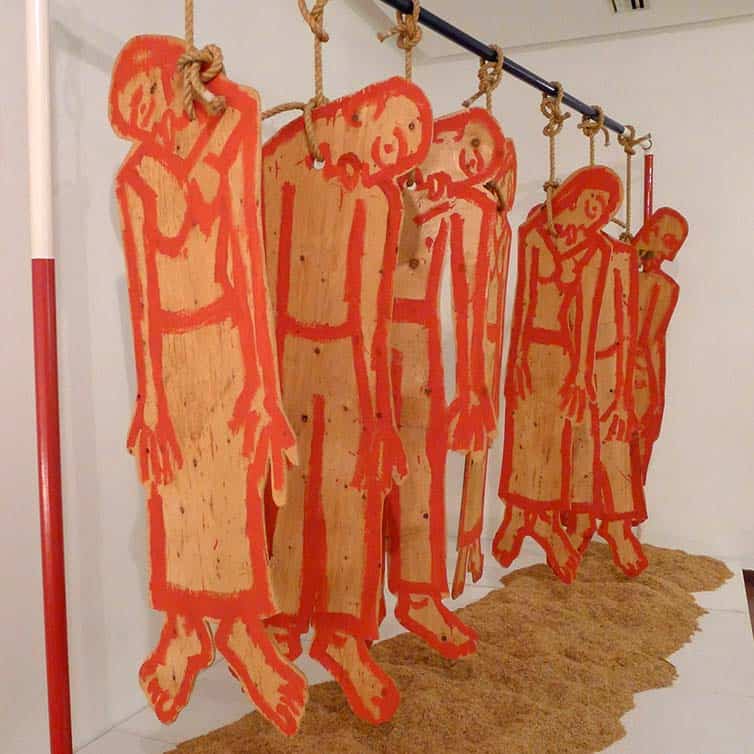 9. Though seemingly a nihilist at heart, Vasan Sitthiket often talks about his empathy for the discriminated and marginalized, as well as his undying passion for social activism, independence and equality. 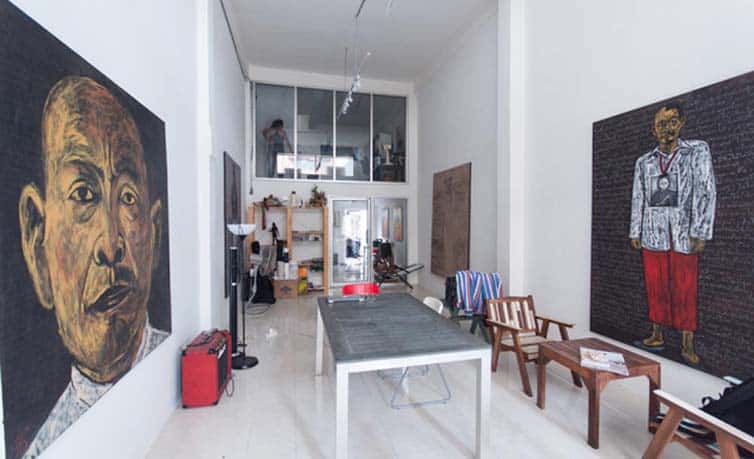 10. Lives the low-key lifestyle, stating in one interview,”I live a simple life, and do not want to be rich. I teach my children that most billionaires are thieves who make big problems for this planet.”